100 Days My Prince is one of a few Korean dramas that we often revisit when we want to watch something uplifting and lighthearted. Do you believe in fate? In soulmates? Or it is all just coincidence? Whether you are a believer, a skeptic, or somewhere in between, let us share five reasons why we enjoyed this series a lot. Hopefully, this will convince you to give the show a try. 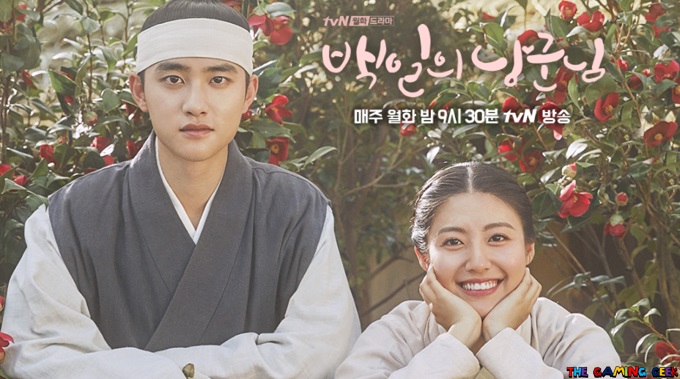 100 Days My Prince from tVN and Studio Dragon.

100 Days My Prince is a romantic-comedy series set in the Joseon era. It has a total of 16 episodes and stars Do Kyung-soo (D.O. of the boy group Exo) as Crown Prince Lee Yul and Nam Ji-hyun as Yeon Hong-shim, a strong willed peasant girl. Lee Yul survives an assassination attempt, but loses his memory in the process. He is saved by Hong-shim’s father, who attempts to convince him that he is Na Won-deuk, Hong-shim’s bethrothed who has been gone for several years.

A chain of events results Lee Yul marrying Hong-shim. How will the pair deal with their sudden marriage? Will Lee Yul remember his true identity? Is Hong-shim simply a peasant girl? You’ll need to watch the series to find out more. Meanwhile, let me get into the reasons why we like this series so much.

Since the main storyline of this 16 episode-series was built around the premise of what happened to the Prince within the time he lost his memory, the pacing and development of the story was fast. Despite that, the uniqueness, flaws, and background of each character were still perfectly built and pieced together. Screen time was used effectively, either in advancing the main plot or in developing the characters. There’s rarely any time spent on scenes that don’t service the story or the characters. 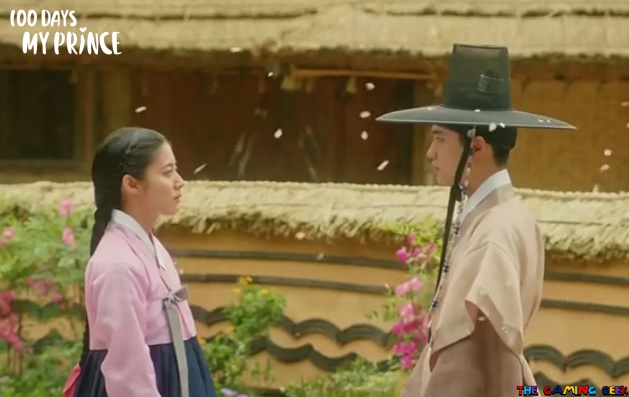 If you prefer to watch light and funny short series, this will really work for you. The tension build up was not stretched. The story isn’t dragged unnecessarily with filler stories. Each episode will make you want to continue to the next. And before you know it, you are halfway through the series!

One of the interesting highlights of this series is the good fight scenes that mostly involve the Prince and the supporting male characters. The Prince was surprisingly very good with swords, archery, and hand-to-hand combat. There was one scene where he used just a branch from a spindle tree to defeat five mercenaries alone. Several scenes like these where multiple assailants were pitted against one character were spotlighted in this K-drama. These effectively showcased the skills and fighting techniques of the characters.

The Crown Prince proves that he’s a worthy heir in more ways than one.

There are one-on-one fight scenes as well. One of my favorites was when the Prince was chased by one of the assassins and they fought in the middle of the forest. Although it started unfair as the Price was unarmed and the assassin has a sword, the Prince still came out victorious due to his superb combat skills. It was really a good and intense fight!

Since the series was set in the Joseon era, one would expect it to be serious and full of tension. Characters from this series are also bound by the traditions and beliefs from that era. But these were smartly converted to be the source of the series’ comic relief. Despite losing his memory, Lee Yul is used to the being treated as royalty. Him adjusting to a new life as a peasant is comedy gold. 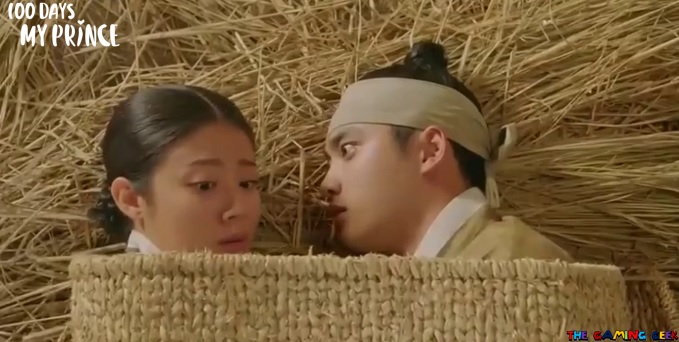 The show knows when to use humor properly.

The humor isn’t limited to the male lead. Serious lines in the dialogues are sometimes delivered by characters in an unexpected way leaving you with nothing but laughter. One of the funniest scenes where me and my wife really had to pause and laugh hard was during the last episode where the King had a touching father-and-son talk with the Prince. It was very heartfelt and funny at the same time! It’s hard to talk about this without revealing specific details, so just trust me on this one because I don’t want to spoil these moments for you.

One of the surest ways to make us stop watching a series and getting an actor on our “ban list” is playing dumb characters. We understand that sometimes, this is a way for a series to inject comic relief. However, this is taken to extremes sometimes, with characters making stupid decisions that cause major problems. Thankfully, 100 Days My Prince does not have any characters like that. The comic relief in this series was mostly delivered by characters in an unexpected way. They’re not funny because they’re acting stupid, they’re funny because they have funny personalities. 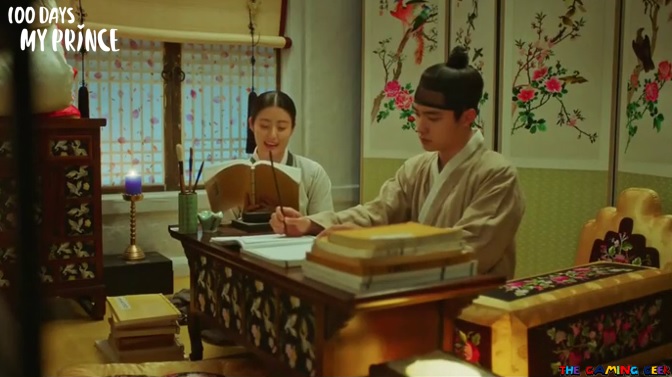 Both lead characters use their intellect in order to help them resolve different problems.

The Prince and the female lead are both shown to be highly intellectual. The show has a lot of scenes where this is highlighted. From solving puzzles to reciting poems and writing novels in different languages, the intelligence of the characters made the series more unpredictable. There was even one important tradition in the series where a test for fitness and readiness of the Prince to rule includes reciting poems with the envoys back and forth.

5. The romance and chemistry between the leads

In the beginning of this review, I asked if you are a believer of fate or not because the individual story lines in this series were intertwined to highlight how the Prince and Hong-shim were fated to be together. From their first encounter when they were still children to sixteen years later, meeting as adults who now have different identities.

The chemistry between the two lead actors makes their blossoming relationship believable and relatable.

What made the romance very interesting to us is that the beliefs and tradition in the Joseon era were wittingly used to bring these two characters together at the right time saving each other. The conflicts and events aligned to bring the two lead characters together. Had the belief not been forced to the subjects of the King and had the Prince not been forced to go to the mountain, he would not have ended up marrying Hong-shim that day. Their love-hate relationship as a married couple was surprisingly filled with funny moments that will make you root for them.

The chemistry between Nam Ji-hyun and Do Kyung-soo is key in selling this romance to the audience, and they play their roles effectively. When the show starts, these two people don’t even know each other. We get to see how their relationship starts and how both characters start to develop feelings for each other.

As I mentioned earlier, 100 Days My Prince is our go-to-series to re-watch when we just want to laugh and believe in fate and soulmates. We relate to this show so well because our personal story is similar in that me and my wife met because certain events happened in a specific order and timing. Had one event happened early, or delayed, my wife and I wouldn’t have met. Now, we’ve been together for almost nine years! Because of this, we are giving 100 Days My Prince five Tiger stars!

100 Days My Prince originally aired on tVn in 2018. Today, you can watch the series for free on Viu.com and Netflix. Give this series a try and let me know in the comments below what you liked (or loved) about it!