Finally, Zack Snyder’s Justice League has been released to the world via HBO Max and a lot have already seen it. DCEU fans are quite happy. Heck, even people who aren’t DCEU fans in particular but love superhero films and movies in general were also pleased with the new, four hour long version. However, I still don’t like what Zack Snyder has done with the movie in particular and the DCEU in general and I’d like to talk about why.

I don’t mean to be a DC hater, especially since I’m such a Marvel Cinematic Universe fan. But I gave Zack Snyder’s Justice League a chance and it really didn’t land with me the way it did with the general audience. Not to rain on anyone’s parade but, blogs are an outlet of opinions, right? And that’s all I really want to do – explain the reasons why I still don’t have a positive opinion of the Snyder cut.

The Movie is Simply Too Long

I’ve seen a lot of people say they wish the Snyder cut was the version that came out in theaters. I’m wondering if they’ve really thought about that. Have you tried watching two movies in cinemas in a single day? Four hours is a long time. I don’t know if I could have spent four hours in a theater just for a movie. I’m glad this came out in HBO Max because I don’t think I would have gone out and seen it if this had a traditional release.

But I’m not complaining simply because the movie is too long. Did Zack Snyder’s Justice League really need to be four hours long? First off, there were a lot of scenes that could have been trimmed off a little or cut out entirely that could have shortened this movie. I didn’t need to hear those singing ladies after Aquaman left. The Martian Manhunter cameos were too long and wouldn’t have paid off. Too much of the movie was in slow motion – it was 10% of the total runtime excluding the credits, as per IGN.

Now let’s get to the “essential” scenes. A lot of time was spent on introducing The Flash, Aquaman, and Cyborg. This was necessary because this would help the audience connect with these characters. But also, this was necessary because these characters haven’t been introduced yet. If they had their own movies before this, then it wouldn’t have taken a long time to introduce them here. Why didn’t Warner Bros. give each of these characters their own films then, before the big Justice League group movie? Because they didn’t want to copy Marvel Studios? So just to avoid copying what succeeded before, they had to fit everything into this long movie. And speaking of copying Marvel…

I’ve Seen This Plot Before

For filmmakers who seem to want to go out of their way not to copy the competition, couldn’t they have done better? Take a look at this. A rejected villain (Loki/Steppenwolf) is looking for acceptance so he tries to initiate an invasion of Earth via one/three box shaped artifacts. Six superpowered or extremely skilled individuals unite to stop the invasion. The true villain is actually someone else (Thanos/Darkseid) who will eventually try to attack Earth because he wants something on the planet (three Infinity Stones/the Anti-Life Equation). 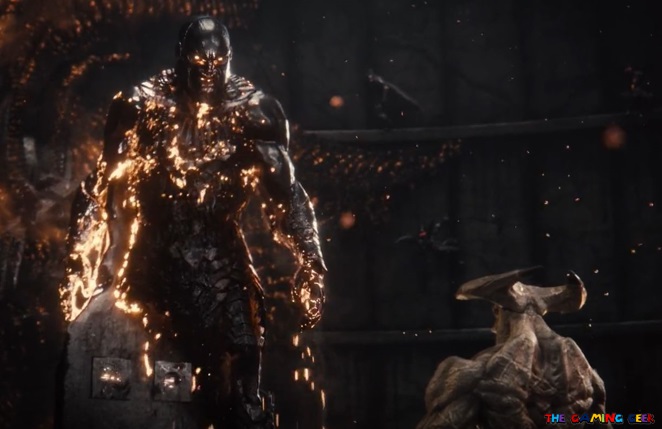 This reminded me of Loki’s flashback scenes in the 2012 Avengers movie.

This may be an oversimplification, but you can’t deny that the two movies follow a similar structure. There are nuances and the main characters have different motivations, storylines, personalities, and development. Even if the plot is a copy from the competition’s 2012 film, seeing Superman in the film must have been more exciting than seeing Thor for a DC fan.

And I know that it is hard to come up with completely original plots after hundreds of years of storytelling. Stories are bound to repeat and become similar. But Warner Bros. and Zack Snyder were so vocal about not copying what Marvel Studios did. That’s why they didn’t want to introduce their superheroes in their own movies, right? Because Marvel did that before they made The Avengers? And yet, they end up using the same general plot structure of the competition’s game changing film. Was there no other story that could have introduced the Justice League to us?

The Dependence on Superman

Even if the Avengers have really powerful members, none of them is so powerful that he/she makes the other members irrelevant. Even Thor can’t do everything alone. With the Justice League, the question always is why would you need the rest of the team if you have Superman there?

Maybe this is just me and no one else agrees with my opinion. I was hoping that Zack Snyder’s Justice League would show me that there is a reason, a justification, for these people to form a team. That Superman, nor any other superhero, can’t do everything alone.

Needing to resurrect Superman feels like a byproduct of prematurely killing him in the first place.

What story did Zack Snyder’s Justice League tell? First, they needed other champions to step up in Superman’s absence and as they weren’t as powerful, they needed to team up. Then, they realized that even as a team, they weren’t strong enough to beat Steppenwolf. They still needed Superman. Without Superman, they believed that their chances of success would be low.

Weill, Superman is back now. He can defend the Earth against most threats. Do we still need the rest of the Justice League? Maybe? I don’t know. What can Aquaman contribute that Superman can’t do? What can Wonder Woman do that Superman can’t? Batman can buy lots of stuff, and Cyborg can make himself rich so he could also buy what Batman can. Flash can turn back time and supercharge stuff. Do we really need a Justice League for all that? My point is, with Superman back, the movie wasn’t able to convince me we still needed the others around.

In Batman V Superman: Dawn of Justice, Batman believed that Superman was a threat to mankind and he needed to be dealt with. He tried to kill the latter but had sobered up from his bloodlust. Ignoring the infamous “Save Martha” moment, I’m okay with this. Batman isn’t a coldhearted murderer. He realized that Superman hadn’t done anything wrong at that point, so he shouldn’t be judged.

But Batman does a complete 180 here. From distrusting individuals he doesn’t understand, he goes to completely trusting them and wanting to form a union with them. Why? Because he was inspired by Superman. What???? How exactly was he inspired? Did Superman do anything to earn that?

That is not how Batman would think and act, at least not the Batman that I know. He wouldn’t form the team because it stands for something, he’d do it because that is the correct strategic move. He can’t defend the Earth on his own, so that’s why he needs to convince, even manipulate, others into joining. 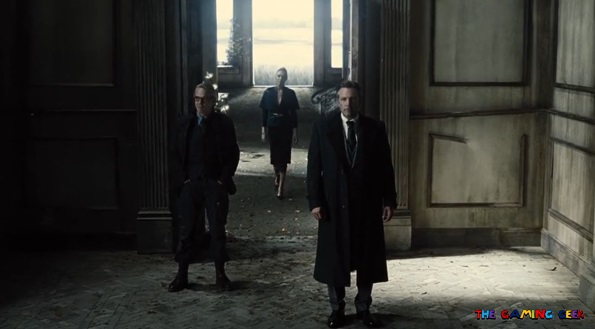 There’s another reason why this is a good strategy. If you wanted to know a person’s strengths and weaknesses, what would be the easiest way to do so? If you were say, part of a team and acted like friends, wouldn’t this be easier compared to having to do your own research? It would be easier for Batman to keep an eye on the rest of these superpowered individuals if he were in an organization with them. If you don’t think this is comic accurate, well then read The Tower of Babel. In that comic book storyline, they found out that Batman has contingency plans for each Justice League member. He has plans for taking them out in case they went evil.

Let’s go back to why Batman wanted to kill Superman – it’s because Superman is a potential threat to mankind. Well, Zack Snyder’s Justice League had a really long dream sequence telling us that he was right. Superman was going to go bad and he was going to side with Darkseid if the wrong things happened. Batman even talks about his “vision” of the Flash. Isn’t it weird for a person who strongly believed in something (Superman is a threat) to change his mind and then ignore evidences that say he was right all along?

Oh and let’s expand on the dream sequences. So the remaining heroes in the future wherein Superman is evil and Darkseid has taken over manage to send Flash back to the past so he can deliver a warning. And his warning is Lois is the key. But should that have really been his message?

Don’t forget that Batman had his Flash vision even before his fight with Superman. Why didn’t they try to prevent the death of Superman and keep the Mother Boxes from waking up instead? Isn’t that the more logical choice? I’ll tell you why. Because they can’t undo the death of Superman which is such an iconic scene. And Zack Snyder wanted Darkseid to invade so he could have his big movie. So no, let Superman die but not Lois, let Darkseid find out about Earth and let’s fight him but don’t let Superman join his team. That is Zack Snyder’s, and this Justice League’s, bright idea.

Again, I don’t want to hate on DC nor on DC fans. I’m just very disappointed at what Warner Bros. and Zack Snyder did to the DC Extended Universe. They had one chance to launch this universe and they did not succeed. Now it’s going to take time before audiences forget about this version of the DC Universe and its characters.

Zack Snyder’s Justice League is certainly better than the 2017 theatrical release. I can see why other people like it. I understand why DC fans love this film. But I can’t ignore the issues in this film, and because of those issues, I find it hard to like this film at all.