I already reviewed Hori’s Split Pad Pro controller pair for the Nintendo Switch when it came out, but I’d like to revisit the product. I’ve had some experiences that have made me reconsider my stance. Right now, if I bought my first Switch and I looked for a new controller to buy, the Hori Split Pad Pro wouldn’t be my first or second choice. Let me explain why.

My biggest problem with the Hori Split Pad Pro is its lack of gyro controls. I mentioned this when I reviewed it before, but it was an issue I was willing to accept back then. Well, developers kept making gyro controls a necessity, so there were times when I had to use the original JoyCon just so I could play games that needed gyro effectively. It was either that or using the Split Pad/JoyCon combo, which felt pretty awkward.

Coincidentally, I also ended up playing games that needed rumble occasionally. I wish the Split Pad Pro had these features but it doesn’t, and there’s simply no way around that.

I also mentioned how the Hori Split Pad Pro couldn’t fit in regular Switch protective cases that were available back then. What I had to do was to carry along the Split Pad Pro in its own pouch, separate from the Switch. Whenever I played on the go, I’d have to swap controllers.

With the Split Pad Pro, the Nintendo Switch becomes large as heck. Not exactly easy to carry around on the go anymore.

That wasn’t always convenient. There were times when I had to stand in line for long periods of time. If I wanted to play, I’d have to deal with doing the swap standing up or just sticking with the original JoyCon. This is the specific reason why I started looking for smaller JoyCon alternatives – the Split Pad Pro wasn’t useful to me on these occasions.

Because of the Hori Split Pad Pro’s popularity, I’ve seen cases specially designed for them already. Still quite bulky, I would have considered them if I still had chances to stay out of the house for long periods of time. With the Covid-19 pandemic, I’m spending most of my time at home so there’s no need for such carrying cases.

And I probably won’t buy one of those bigger cases anymore, because Hori’s competition learned to evolve. I actually own two pairs of controllers that are as big as the original Switch JoyCon but with better form factor. I reviewed the Kinvoca controllers and the JYS NS-191 controllers – check out those reviews for specifics on those.

Neither of these are as comfortable as the Hori Split Pad Pro, but they address the size issue while having the features that the former lost. Yes, those controllers have rumble, gyro, and can even be used wirelessly if you play in docked mode. I can easily use them as extra controllers whenever I have guests. 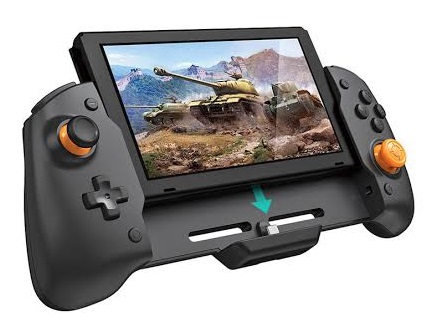 The Dobe TNS-19252 is a good alternative for people with JoyCon rail connectivity issues.

And the ergonomic form factor is no longer unique to the Split Pad Pro. Dobe already has the TNS-19252 which offers the same comfortable feel without losing gyro or rumble. It even comes with the benefit of connecting via the USB-C port, which is great for people who have JoyCon rail connectivity issues. 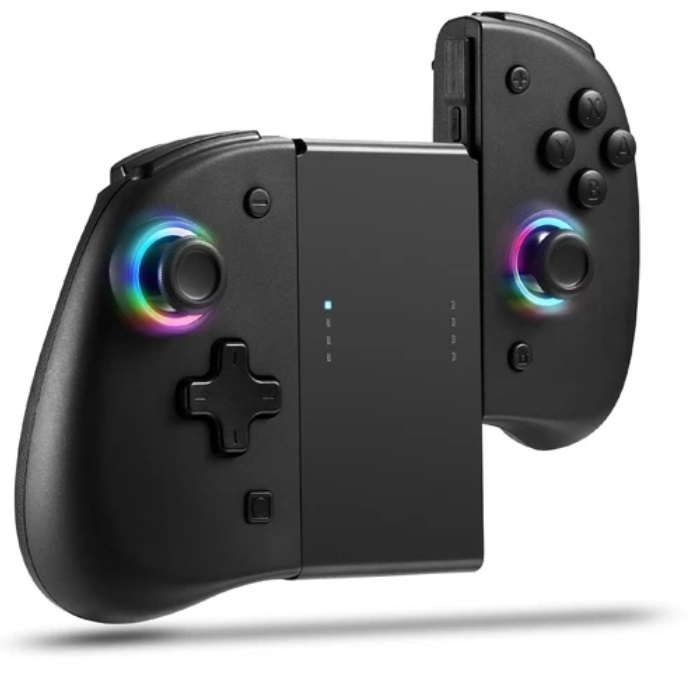 Binbok’s wireless controller looks like the best option right now and is on top of my wishlist.

Meanwhile, Binbok is offering a JoyCon alternative that has the same form factor as the Split Pad Pro while also retaining the rumble, gyro, and wireless connectivity. This one also has two mappable buttons and turbo functionality. And it even comes with a grip, so you can use them as a traditional controller at home. So Binbok’s controller does everything the Split Pad Pro can, and more.

I said this at the end of my Hori Split Pad Pro review: “If Nintendo or another 3rd party company comes up with a similar product but with gyro functionalities, I’m probably going to toss these aside and use those instead.” Well, Hori didn’t evolve their product and continues to sell the exact same item today, only in different color schemes. Meanwhile, its competitors have come up with better solutions.

I don’t regret buying the Hori Split Pad Pro at all. I had good gaming experiences with it after I had bought it. But times have changed, and so has my playing habits. The issues of the Split Pad Pro can no longer be ignored, especially when there are alternatives that don’t suffer from the same.

END_OF_DOCUMENT_TOKEN_TO_BE_REPLACED 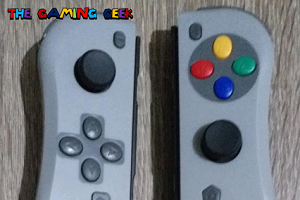