I was thinking of writing another Super Smash Bros Ultimate character wish list. Why? Well, because this one isn’t really my true wish list. If I had written another one, I would have been able to point out that I called the Pyra/Mythra Smash inclusion.

But would I really have included her in that list? What did I think after seeing the Pyra/Mythra in Super Smash Bros Ultimate announcement trailer? Let’s talk about it. 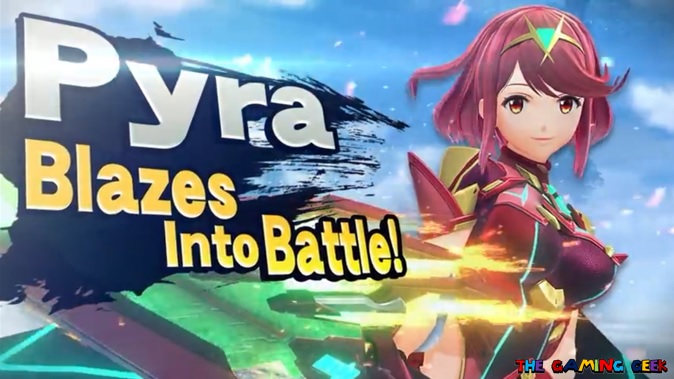 Mythra is one of the main characters from Xenoblade Chronicles 2. She is also in the DLC expansion, Torna: The Golden Country. She is known in that game as one of the Aegis – a pair of Legendary Blades that are considered to be the most powerful of their kind. After the events of Torna: The Golden Country, she created the Pyra persona. In Xenoblade Chroncles 2, the character is first introduced to us in her Pyra persona. We don’t learn about Mythra until further on in the game.

When the character is in her Pyra form, she is of the Fire element type. When in her Mythra form, she becomes Light element. In Xenoblade Chronicles 2, you are able to chain your attacks by following specific sequences of elemental based moves (e.g. following a Water attack with a Fire attack). Pyra/Mythra’s ability to quickly swap element types is a major advantage as she enables a lot of combinations.

I’ll get straight to the point. I support the inclusion of Pyra/Mythra in Super Smash Bros Ultimate. First of all, Xenoblade Chronicles has become one of Nintendo’s important IPs, giving Nintendo their own reliable JRPG franchise. The first Xenoblade Chronicles received so much positive critical acclaim, it went on to be released on three different Nintendo platforms. 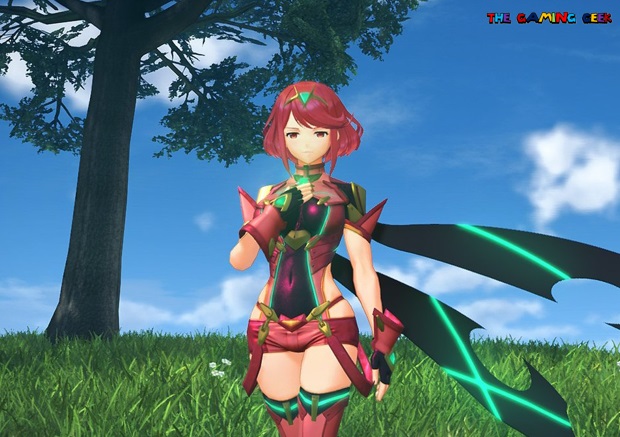 The first meeting of Pyra and Rex in Xenoblade Chronicles 2.

Specifically, Xenoblade Chronicles 2 was one of Nintendo’s 2017 holiday releases. This a vital moment for the Nintendo Switch’s launch year. As of December 31, 2019, this title had sold approximately 1.92 million copies worldwide. Despite this, Xenoblade Chronicles is represented by only one character (Shulk) in Smash. The franchise was due another representative, and it made sense to get a character from the Xenoblade sequel.

The Rex vs Pyra/Mythra Debate

But why include Pyra/Mythra instead of the main playable character, Rex? I have guesses as to why this is. First, Rex is a driver and in Xenoblade Chronicles 2 he has the ability to switch between different Blades. I’m sure there are people who think Rex should be implemented like how Rosalina was, with Luma as a companion. I don’t think Rex is properly represented if he only has Pyra/Mythra as his Blade, because he switches Blades all the time in Xenoblade Chronicles 2. And it would have been a real challenge to implement Blade-switching in Smash.

Mythra was a playable character in Torna: The Golden Country. In that game, Blades could fight directly, so Pyra/Mythra can be a fighter character. And her inclusion brings back the swapping mechanic in Smash that was lost in Smash for Wii U/3DS when they had to separate Sheik from Zelda due to the limitations of the 3DS. And personally, when I think of Xenoblade Chronicles 2, it’s Pyra who comes to mind and not Rex. If Shulk is the face of the first Xenoblade Chronicles game, Pyra represents the sequel in my eyes.

Not the Best Time to Announce or Release This

Maybe the Covid-19 pandemic threw Nintendo’s timetables off. Maybe Pyra/Mythra was originally scheduled to be released together with Xenoblade Chroncles Definitive Edition. For the best timing, Pyra/Mythra could have taken Min Min’s slot in Fighters Pass 2. Or both fighters could have been released at the same time. 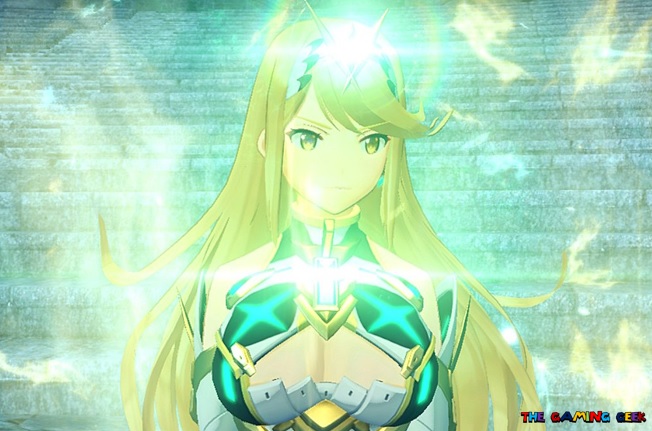 Or maybe I’m getting this wrong, and Pyra/Mythra wasn’t delayed. Rather, we were supposed to hear about a Xenoblade Chronicles X port for the Switch already, and this Smash fighter announcement was supposed to coincide with that. Regardless, not having any special Xenoblade Chronicles events recently hurt the impact of this announcement a lot, in my opinion. And to be the next fighter announced after Steve and Sephiroth didn’t help either. Sephiroth’s Smash inclusion had so much hype, so expectations for this slot is understandably high.

What I’m Really Excited About

The inclusion of Pyra/Mythra into Super Smash Bros Ultimate will probably be divisive. The timing of this announcement just doesn’t feel right. I was barely excited after the announcement was made, even though I completely agree with her inclusion. But you know what? I realized something that made me change my mind completely.

All Smash Bros fighters have their own amiibo. Some characters even get two different amiibo versions. It took me a while, but I finally realized that this is the best chance for me to be able to get Pyra and Mythra in amiibo form! I have a Shulk amiibo and always thought that he’d be the only Xenoblade Chronicles character to be represented. But it looks like he’ll have a pair of lovely plastic ladies to join him soon.

And to be honest, I do get drawn more to sword fighters in Smash. Maybe Pyra/Mythra will be good options for me once they get released. Right now, I’m a Link main and my alternates are Chrom, Ike, Toon Link, and Cloud. As a fighter who can swap between power and speed quite easily, Pyra/Mythra might be perfect for my fighting style.

So yes, bring it on Nintendo! Bring it on, Sakurai! Gimme my Smash Bros Ultimate waifus!