Nintendo Switch Games – The Legend of Zelda: Breath of the Wild
0 Comments

I had a lot of trouble writing about The Legend of Zelda: Breath of the Wild. This is one of the most popular games on the Nintendo Switch, and is also considered as one of the best games on the system. So you can imagine how many times people have written and talked about this game already. But I can’t have a blog about video games without talking about one of my favorite games on the system. So let me share aspects unique to Breath of the Wild that made me like it so much.

The Legend of Zelda: Breath of the Wild is an open world adventure game developed by Nintendo EPD and published by Nintendo for the Nintendo Switch and Wii U. You play as Link, who wakes up from what turns out to be a hundred years of sleep. Link has no memory of what happened before, but he eventually learns that one hundred years ago, he was part of Hyrule’s Champions. They attempted to stop Calamity Ganon from corrupting Hyrule but they lost. Now, Princess Zelda is currently locked in eternal battle, keeping Calamity Ganon trapped within Hyrule Castle. 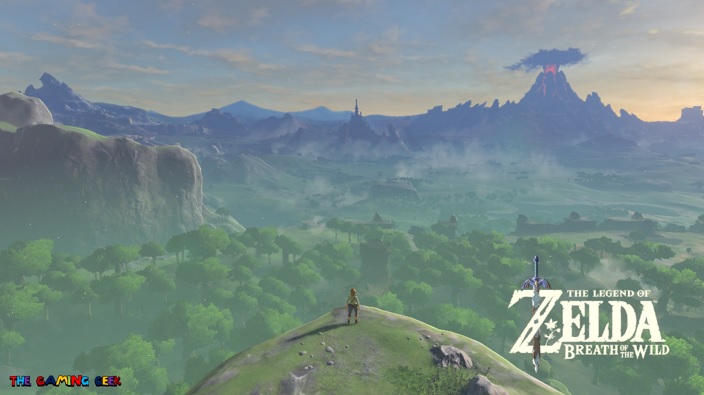 This opening sequence is, pardon the pun, quite breathtaking.

As soon as you’re done with the challenges of the Great Plateau, you can set forth any way you like. You can immediately try to defeat Calamity Ganon, although it is recommended that you explore first so that you can become stronger. The primary way to do this is by entering into Ancient Shrines and completing whatever challenge it has inside. These challenges can come in puzzles, dexterity tests and one on one battles.

Every time you beat a Shrine, you get a Spirit Orb. For every four Spirit Orbs, you can increase your health or your Stamina bar. Both are vital in the game; more health means you can sustain more damage. Stamina is crucial for climbing and swimming, two actions that you’ll need to do a lot in order to explore every corner of Hyrule. You can also find various weapons and treasures laying around, as well as ingredients that you can use for cooking.

Breath of the Wild was able to hook me right at the start because of how it’s story begins. This world’s heroes already lost, even before I got involved. So it’s natural for me to be completely curious as to why and how they lost. Did the make judgment errors, or have wrong decisions? Did Calamity Ganon cheat and use underhanded tactics? Were Hyrule’s Champions simply not enough to overcome Calamity Ganon’s power? 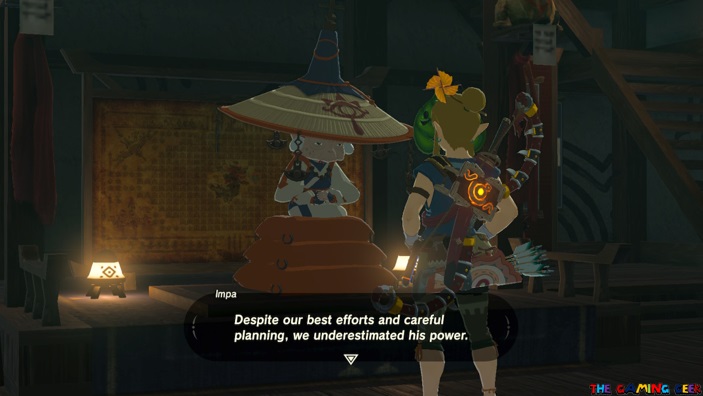 Link learns of their failure to banish Calamity Ganon from Impa.

Maybe it was Link’s fault all along. It’s possible that he wasn’t ready back then. I needed to know, because I needed him to be ready, now that I’m stepping into his character. If Link failed when he had all four Champions plus Zelda at his side, then he better succeed with me replacing them. Him losing his memory made it even more important. I mean, he doesn’t even remember what went wrong in their first try.

I was also really interested in any detail I could find about each of the Champions of Hyrule. Did they really die? Or are they in a similar state with Zelda, with their spirits trapped in some sort of stasis, waiting for Link to rescue them? All these combined made me invest a lot emotionally right at the start.

Traveling and Exploration is Fun

Even from the very start of the game, you’ll immediately see that the world of Breath of the Wild is vast. Hyrule has a lot of areas that you can explore. I’ve heard some people say that this game’s world is empty. If you’re looking at population density, that is true. Hyrule doesn’t have a lot of people living in it, and the limited number of people it has are concentrated in this world’s villages.

But just because there aren’t a lot of people, doesn’t mean this world is empty. The base game has a total of 120 Shrines scattered across the world. In the game’s early stages, you’re bound to encounter a Shrine every 10-15 minutes of exploration. There are also 900 Koroks in this world, most of which are hidden from plain sight. 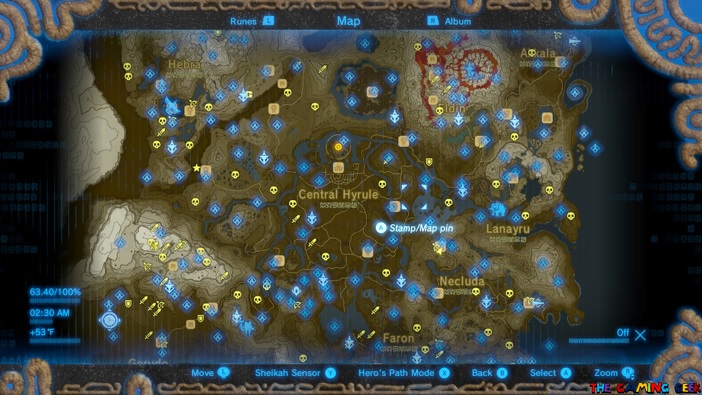 The world of Hyrule is filled with different things to discover.

As I mentioned earlier, there are several treasure chests and weapons laying around, as well as different kinds of monsters roaming different areas. You might even come across the occasional travelling merchant or wandering explorer. You may even come across ruins of buildings that were destroyed during or after the conflict with Calamity Ganon. Simply put, there is a lot to discover in Hyrule. It’s easy for me to lose hours in this game just wandering around, looking for new discoveries.

It helps that the available means of travel are also fun. Whether it’s exploring on foot and climbing over mountains or down canyons, or swimming across lakes and rivers, gliding in the air from the top of high areas, or doing horseback riding, just the act of travelling is fun. You can even find rafts and travel across the open sea to nearby islands.

Nintendo changed the Legend of Zelda formula in Breath of the Wild in one major way: replacing dungeons with Ancient Shrines. Usually, a Legend of Zelda game would have somewhere between eight to sixteen major dungeons, each one with a final boss at the end. If I needed to go into a dungeon, I’d make sure that I had at least an hour of uninterrupted free time. Meanwhile, Ancient Shrines can be considered as mini-dungeons. As mentioned before, the base game has 120 of them. You need less time to beat an Ancient Shrine.

From what I’ve seen online, Zelda fans are divided on this. Some prefer larger dungeons, which have challenges that build up to related, more complicated versions. Personally, I like both approaches. However, Breath of the Wild was a lot more accessible for me because I could fit it in the pockets of free time that I have. The cost of losing continuity is worth paying, in exchange for accessibility.

In general, I enjoyed going after all 120 of the Ancient Shrines. They offer different kinds of challenges, from dexterity tests, to Guardian battles, to different kinds of puzzle solving. I made it a point to avoid using guides to beat the game, and I’m glad to say that I only needed help in seven of the sub-quests. Beating all 120 Shrines with minimal use of guides made me feel quite accomplished.

One of the most common complaints in Breath of the Wild involves the weapon system. When used too often, weapons in the game break. The only way to mitigate this is to make sure that you’re carrying a lot of spare weapons on you, because you don’t want to get caught in a fight without a weapon. However, your inventory slots are limited. The only way to expand your inventory is by finding Korok seeds.

Korok seeds are given to you by Koroks – small, plant-like sentient creatures that like to hide themselves all over. In order to fully expand your inventory, you’ll need to trade a total of 441 Korok seeds. Thankfully, there are 900 Koroks scattered across Hyrule. Still, you’ll need to find close to half of them, so you’ll really need to do some Korok hunting.

There are a lot of different ways that you can make a hidden Korok appear. Sometimes you’ll see a bunch of sparkling leaves moving around, and all you have to do is touch them. Some are hidden underneath rocks that are placed in strange locations. Some involve diving into waterlilies arranged in a circle.

I look at Korok hunting as scavenger hunts, and some can really be challenging. Even now after I’ve beaten the game, I still load up my save every now and then to go hunt for a Korok or two. One bonus that might not be applicable with everyone is that my wife absolutely loves how these Koroks sound. Hearing the game every time I find a Korok brings a smile to her face.

The Legend of Zelda: Breath of the Wild is truly a one of a kind game. Some people might have issues with it’s lack of in-game story, or the weapon breaking system, or its frame rate issues in some areas. Some prefer the more traditional Zelda formula. But I loved this game a lot, enough to buy the Expansion Pass and spend more than 225 hours on it. Frankly, if I didn’t have a lot of games on my backlog, I would probably go back to this game more.

If you’d like to get a physical copy of The Legend of Zelda: Breath of the Wild and you live in the Philippines, you can purchase from Shopee using this link.