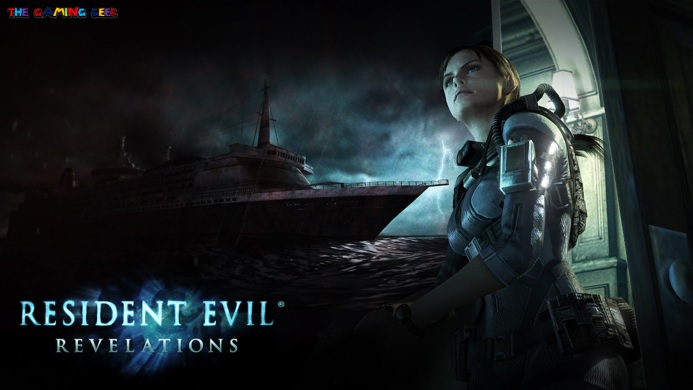 Resident Evil Revelations is a survival horror game that plays as a third person, over the shoulder shooter. In this spin-off, the main protagonist is Jill Valentine. She is sent on a mission to the abandoned cruise liner Queen Zenobia, where Chris Redfield was last heard of a few hours ago. Together with her partner, Parker Luciani, you need to explore every inch of the Queen Zenobia as you try to unravel the mystery of Chris’ disappearance. 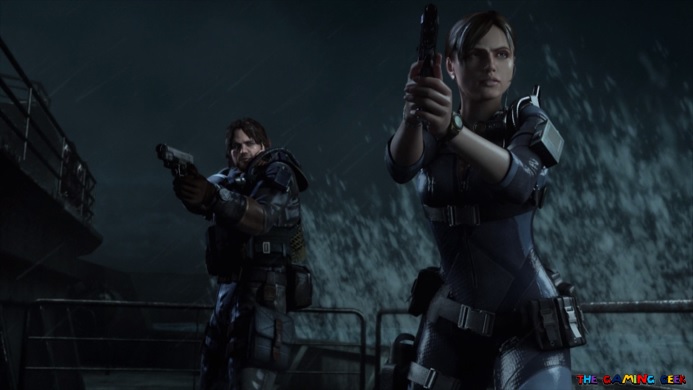 The main campaign is told in a series of episodic chapters switching perspectives between different characters. The majority of the game is seen from Jill’s perspective, but there are chapters wherein you’ll take on the role of other characters, including Chris Redfield. Being able to play as different characters is something that I really liked about this game. I appreciate it whenever supporting characters aren’t useless. Knowing that Jill has competent teammates helped me believe in this world a little more.

In addition to the single player campaign, Resident Evil Revelations has Raid Mode – an expanded Mercenaries mode. This can be played solo or two player co-op online or local wifi using two Nintendo Switch units. Like the famous Mercenaries mode, you can choose from a good selection of characters to play as, each with their own advantages. Unlike Mercenaries mode, each Raid mode mission will have objectives for you to complete.

Secret of the Ooze

In your way are a new breed of creatures called the Ooze, Bio Organic Weapons that can alter their shape and travel through pipes and vents. From a gameplay perspective, this plot device allowed the developers to have more unpredictable enemy placements. You’ll face a variety of different Ooze enemies in this game, all with different abilities. 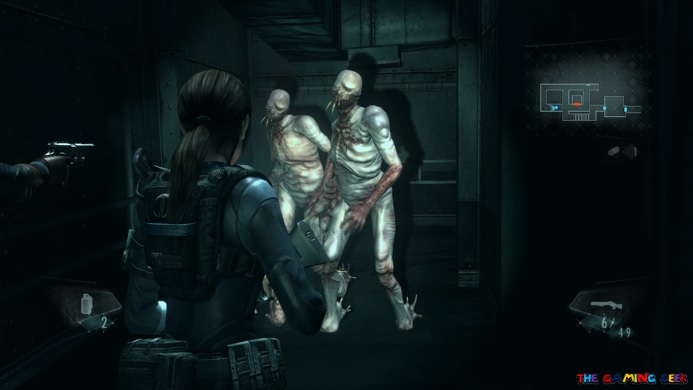 Because they can melt into puddles of glob, the Ooze can come out of places you least expect.

There’s the standard Ooze which almost behave like regular zombies. The Pincer Ooze has claw-like arms that they use to make slicing attacks. The Tricorne Ooze can shoot claw-like projectiles from a distance. Finally, the Chunk is a blob that explodes as an attack or upon death, which can damage you if you are in its blast range. In addition to the enemies above, you’ll face other creatures as well as different kinds of bosses too. In the later stages, some of the early bosses become regular enemies. You’ll really need to fight for your survival in this game.

In terms of gameplay, you move your character using the left analog stick. Your perspective is controlled by the right analog stick. This is much easier compared to the 3DS version wherein you couldn’t shift your view without moving your character if you didn’t have the Circle Pad Pro accessory or a New 3DS. To aim your weapon, you have to press ZL. ZR defaults to attacking with your close ranged weapon. If you are in aiming mode, ZR shoots your gun. This is all much easier on the Nintendo Switch, as you can move while you’re shooting.

You can carry three different firearms at a time, and you swap via the Left and Right buttons of the D-pad. You also carry different types of grenades as secondary weapons and you cycle through those by pressing Up and Down of the D-Pad. These range from standard explosives to stun grenades, shock grenades, and so on.

What still doesn’t work for me is the game’s dodge mechanic. Supposedly, you need to react by pressing Up or Down and the B button just before you get hit with an attack. I’m not sure if it’s just me not getting the timing right, but this doesn’t consistently work for me.

Resident Evil: Revelations for the Nintendo Switch retains the mechanic that requires you to scan your environment and enemies. Called the Genesis scanner, it collects research data from any biological matter that you scan. If you scan a live creature, it will give more points and for every 100 percent you get a free item (usually a Green Herb). 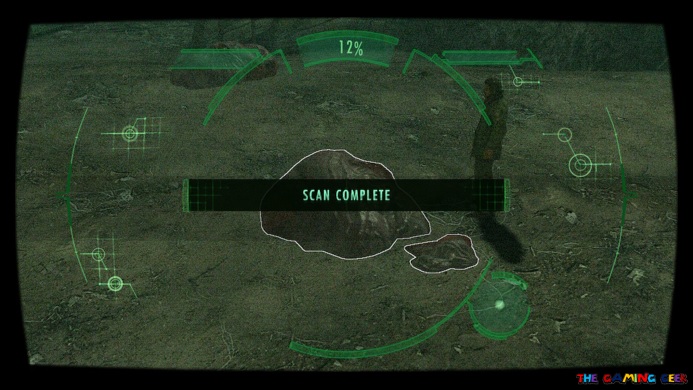 Scanning with the Genesis is busywork that helps by giving you additional items like Green Herbs and ammo.

Throughout the levels are hidden hand prints as well. You’ll need to scan a certain number of hand prints to unlock several Achievements. Personally, I don’t care much about Achievements but it is there if you like them. Needing to scan stuff was additional work, but it did help add to the challenge of the game. And it was always a plus to get free items every now and then.

A highlight of the Raid Mode for the 3DS version of Resident Evil Revelations is the Ghost Ship stage, wherein you can explore the entirety of the Queen Zenobia. The Nintendo Switch version has a special version of the Ghost Ship, called Ghost Ship: Chaos which has stronger enemies and offers better rewards. I personally have not played this as I’m still not done with the early Raid Mode missions. This version does have two characters that you can choose from in addition to who was available in the 3DS version of the game. 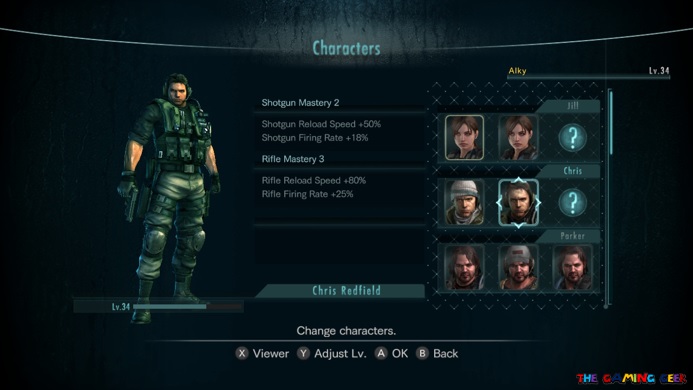 You can play as all of the characters in the game in Raid Mode, including an extra secret character.

What I can say is, Raid Mode extended the lifespan of this game for me. I was done with the Campaign on the 3DS version in less than twenty hours, but going through Raid Mode got me to play Resident Evil Revelations for a lot longer. Especially when I had other people to play with, as going through these missions with a partner is really fun. I haven’t spent a lot of time with Raid Mode on the Switch version because I already did that on the 3DS. But I think I would have if I didn’t already play that version.

For me, Resident Evil Revelations looked great. But my standards for graphics are usually lower than the average person’s, especially since I’ve often played on underpowered devices like the 3DS. I’d say Resident Evil Revelations has slightly better graphics compared to 7th gen console graphics. That’s good enough for me to have an enjoyable experience, but might not be enough for others. It definitely is an upgrade from the 3DS version.

The game’s sound design is excellent. I love the game’s different stage themes as they are all dramatic sounding and fits well with survival horror. The voice acting all throughout is great too, although Jill’s lines can be flat sometimes. All sound effects are appropriate to what the game is trying to convey.

What I don’t like about Resident Evil Revelations for the Nintendo Switch is the absence of several features that the sequel has. I’m not looking for anything new in terms of gameplay features. I understand that the game was designed with the original controls and mechanics in mind, and that changing any of those might break the game.

What I’m really looking for are smaller features, like the ability to watch the game’s cutscenes from a menu or even just the ability to replay specific levels. There’s none of that in this version. If I want to revisit this game’s plot, I have to either replay Campaign or go to Youtube to look at game playthrough videos.