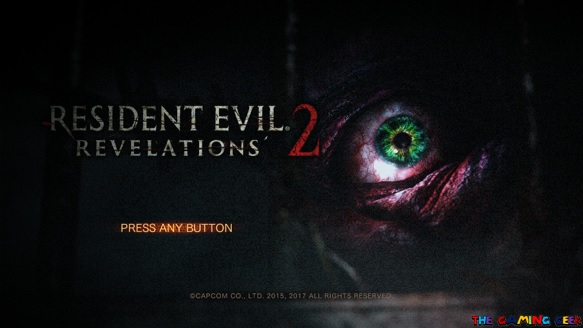 Resident Evil Revelations 2 follows the journey of two returning characters: Claire Redfield and Barry Burton. At the start of the game, Claire is abducted together with other members of the biohazard prevention agency TerraSave. Finding themselves marooned on an unknown island, they are told that they’ve been infected with the new T-Phobos virus. Together with Moira Burton, Barry’s daughter, the pair are faced with various threats as they try to escape the island. 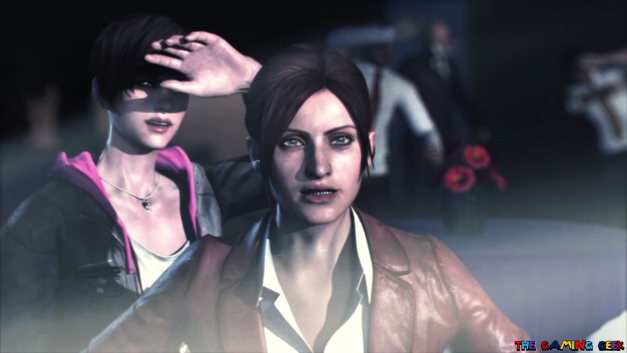 Claire Redfield and Moira Burton were abducted while attending a TerraSave social event.

Barry’s story happens after some time has passed. He travelled to the same island where the TerraSave members were brought, in search of his daughter. Upon his arrival, he is met by a mysterious young girl named Natalia, who accompanies him as he retraces Moira’s and Claire’s original journey. 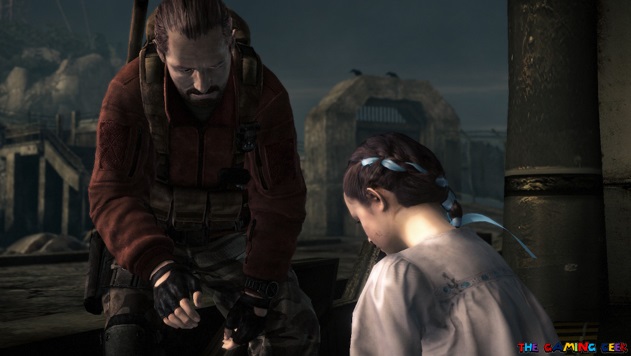 Barry finds the mysterious Natalia immediately upon docking his boat.

The game is split into four separate episodes, with Claire’s experience being told first and Barry’s sections after. Both sections follow the classic Resident Evil 4 survival horror game mechanics. I found both adventures quite engaging because of the stakes that are involved: Claire is fighting for hers and Moira’s survival, while Barry is trying to rescue his daughter from the island.

The game’s story has a special hook that really got me from the start. If Barry is on the island, what happened to Claire and Moira? Why isn’t Barry looking for Claire? Revisiting the same locations as Barry was also very interesting. I couldn’t help but wonder what happened during Claire’s time that made these locations change so much (or little). Just the story alone was enough to keep me playing until the end.

Resident Evil Revelations 2 still follows the survival horror third person shooter style of gameplay from Resident Evil 4. Movement is controlled by the left analog stick and aiming is done with the right analog stick. You have an assortment of firearms (up to three), different kinds of thrown weapons, healing herbs, and a melee weapon. 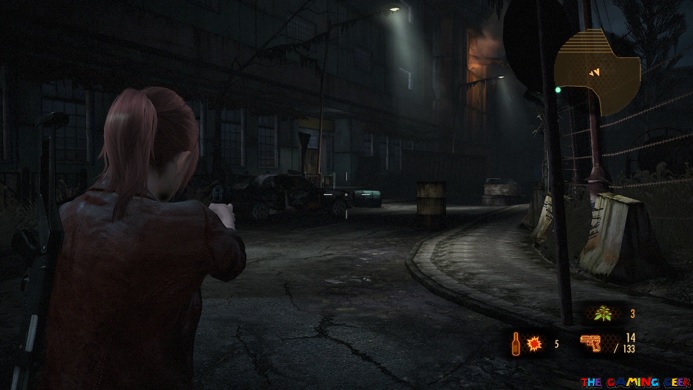 Similar to Resident Evil 5, this game was also designed for two player co-op, so throughout the game you always have a partner. However, this game adds a special twist to the co-op gameplay. In Resident Evil 5, both characters are trained soldiers who are expected to fight. In this game, only one of the pair is a capable fighter – this role goes to Claire and Barry. They’re the only ones who can use guns. You may think that there’s no sense in playing the “weak” characters, but you’d be wrong. I’ll get into more details in the next section. 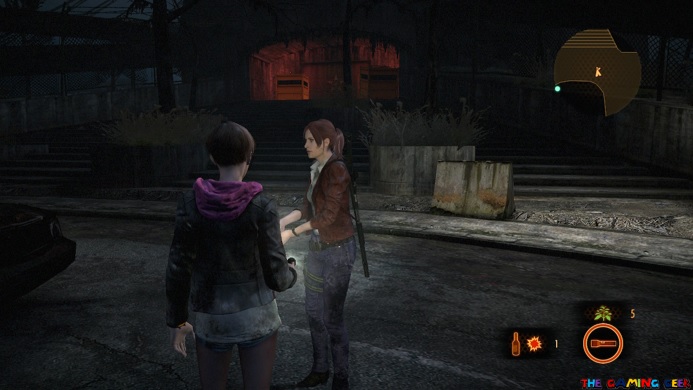 Co-op in this game doesn’t simply mean “let’s go and shoot stuff together”.

In my opinion, Resident Evil started to become less scary because its protagonists started to become used to what they’ve been fighting against. By the time Resident Evil 6 came, both Leon Kennedy and Chris Redfield have had multiple adventures already. Adding inexperienced characters (Moira and Natalia) with the veterans (Claire and Barry) brought back some of the tension that the series lost.

Special Abilities of the “Regular” Characters

Moira can actually help fight the infected, as she carries with her a crowbar that she uses for melee combat. She’s also the one holding their one and only flashlight. This helps you see in the dark areas (and there are a lot) and it can reveal hidden items and secrets scattered throughout the levels. Shining the flashlight towards the game’s zombies can stun them momentarily. The game’s A.I. is quite competent, as an A.I. controlled Claire would usually hit a stunned zombie with a roundhouse kick, knocking it down. Moira can then kill the downed infected instantly with a crowbar finish. 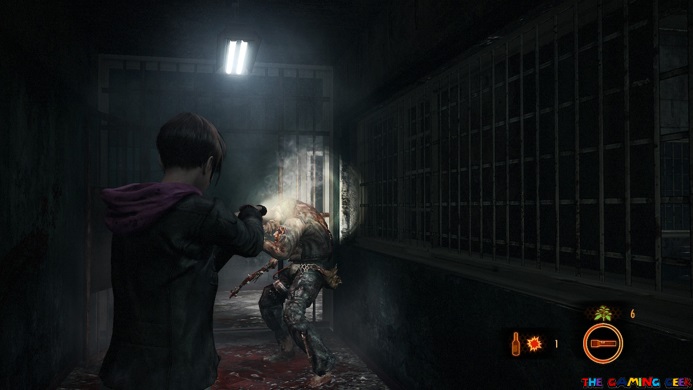 Moira can’t use guns, but she’s not helpless in this game.

Natalia can only fight by using large bricks. There are only a few that can be found in the levels, and she can only carry one at a time. They also break apart when used too much. She can pummel infected up close or throw them from afar. However, Natalia gives Barry a different advantage. For some reason, she can actually sense nearby infected – they show up as blobs of bright smoke that you can even see through walls. So you’ll want to switch to Natalia often in order to avoid any surprise attacks. Later on, you’ll start to encounter invisible infected, which only Natalia can see. 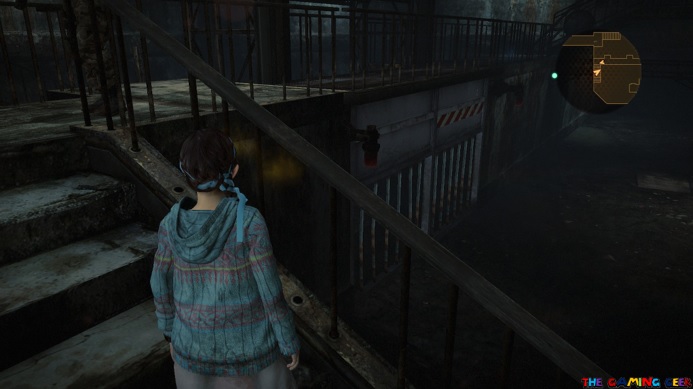 Natalia can see infected even through walls.

To further encourage players to control Moira and Natalia, Capcom added another mechanic. Both Moira and Natalia have health regeneration so for as long as they don’t get killed, you can use them to soak some damage and save up a few healing herbs. There’s a special skill that you can get that also helps drive this, which I’ll go over next.

Resident Evil Revelations 2 has a skill upgrade system, which I didn’t expect. Performing different actions can earn you an in-game currency called BP. These actions range from finding treasures along your journey, completing in-game achievements, or even by using amiibo. 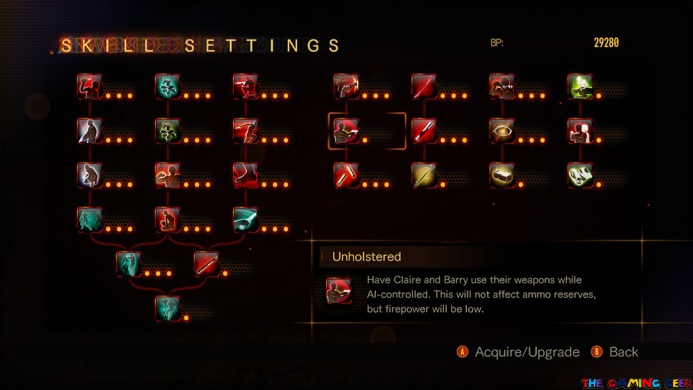 These skill upgrades will help you survive the many challenges you’ll face in the game.

Which skills you upgrade first will make some aspects of the game easier for you. A lot of these are really worth the BP, especially the Unholstered skill. I suggest that you purchase that as early as possible, because it enables A.I.-controlled Claire/Barry to shoots his/her gun. And when they do, they don’t consume ammo. This skill makes playing as Moria or Natalia more manageable. And it also becomes a strategy that can help you conserve ammo for tougher battles later on.

Resident Evil Revelations 2 retains most of the control mechanics from the first Revelations game, but with some improvements. Aside from implementing the right analog stick for aiming, the weapon selection controls are much better. In the first game, you needed to cycle through your weapons. In this game, each weapon is assigned to a directional button on the D-Pad. Now, you can immediately choose the weapon you need. 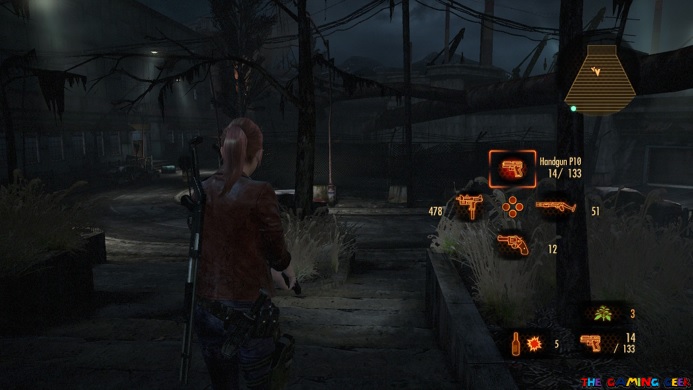 It is much easier to switch weapons in Revelations 2.

Dodging is also much better, as it is assigned to a dedicated button. In the previous game, dodging wasn’t reliable as it didn’t work all the time. In this game, dodging will really help you avoid damage. You can also run now. It was painful to backtrack in the first Revelations game because you had to walk normally all throughout. In Revelations 2, running can help you travel through sections faster. It also helps as an evasive maneuver.

It feels like Capcom looked at the first Revelations game and added what was missing. The sequel has a movie player that will allow you to re-watch the game’s cinematic sequences. Once unlocked, you can replay any Episode section you want. The game also has a gallery of unlockable extras. These comprise of the character models, different costumes, additional lore, and concept art. 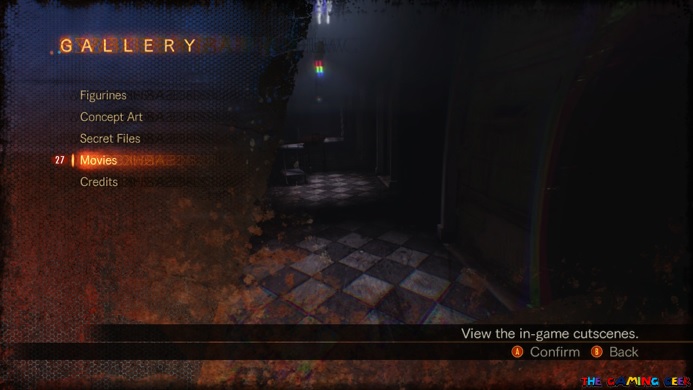 There are two extra Episodes included that have different mechanics which result in a different experience. These fill in the remaining blanks in the game’s story, so I suggest that you only play these episodes after beating the game once. You can also unlock Countdown mode and Invisible mode. These two modes are based on the normal Campaign, but with added challenges that I won’t spoil.

Finally, Revelations 2 has an expanded Raid Mode. It is similar to what the previous game had, but with more content. There’s a totally different Skill system that will allow you to customize your characters based on your playstyle. There are more missions, too. Previously, Raid Mode stages reused locations from the Campaign levels. In Revelations 2, a lot of missions take place in new areas. 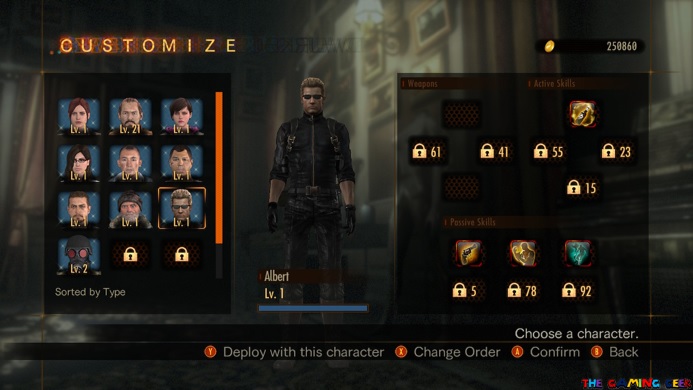 The big names of Resident Evil are in this game: Chris, Jill, Leon, Claire, Barry and Albert Wesker.

This game’s Raid Mode features all of the characters that you’ll meet in the Campaign levels, and more. Pardon the spoiler, but I think this is a big selling point of the game so I really need to mention this. Even if they’re not in the game’s story, you can unlock Chris Redfield, Jill Valentine, Leon Kennedy, and even Albert Wesker. Yes, you can use Resident Evil’s most popular characters in this game’s Raid Mode!

Resident Evil Revelations 2 is what a sequel should be. It improves what the previous game had and builds on it. From the graphics, the content, and the gameplay mechanics, this is a much better game. I haven’t played Resident Evil 5 nor 6, so my comparisons aren’t accurate. Based on what I’ve read, Revelations 2 sticks closer to what a Resident Evil game should be. I think this game got hurt by it’s original episodic release. But the Nintendo Switch version has everything included in the purchase, so you won’t have to deal with that issue.

Personally, I loved this game. The way the story was told, shifting back and forth between Claire and Barry, made it really compelling. Adding new characters who weren’t “fighters” brought the fear factor back. The improved Raid Mode adds a lot to this game’s replay value. If you’re a Nintendo Switch owner and you feel that you’re missing out on Resident Evil 7 and 8, I strongly suggest that you give this one a try.