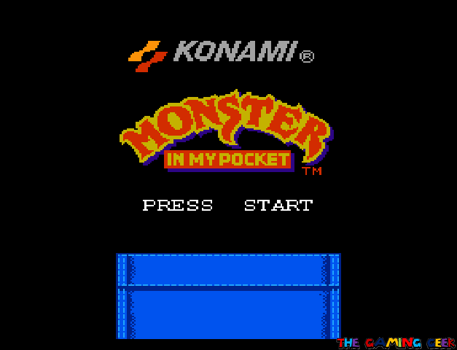 Title screen for Monster in my Pocket for the Nintendo Entertainment System.

But is the video game any good? Well, let’s find out!

Monster in my Pocket is an action platformer developed and published by Konami for the NES. It can be played by one or two players simultaneously. In a one player game, you can choose to play as either the Vampire (more Nosferatu than Dracula) or the Monster (Frankenstein’s Monster). Both characters play the same, as far as I can tell. 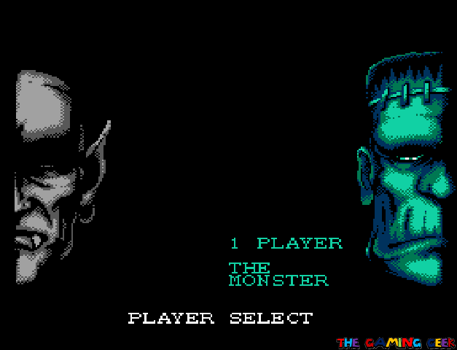 Because my favorite color is green, I played as The Monster in my first playthrough.

The game is based on the comic books wherein there are good monsters and bad monsters. The bad monsters are led by Warlock, who sends his army out to attack the Vampire and the Monster. Since this is based on miniaturized monsters, the game’s locations are mostly real life locations but in a zoomed-in perspective. It feels like this was Konami’s response to Capcom’s Rescue Rangers video games. Both are two player co-op games that feature small protagonists. 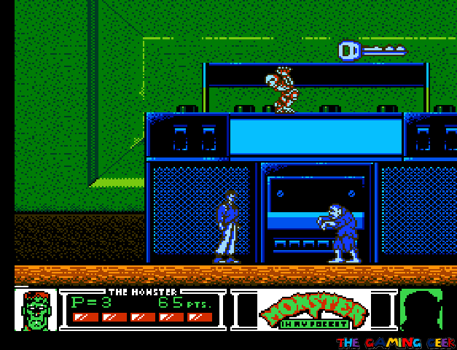 The first stage takes place in a house.

You’ve got a health meter in this game. A full meter can withstand four hits from enemies; the fifth hit will deplete it completely. You’ve also got lives in the game, and you start with two. You lose one whenever the health meter gets completely depleted, but you’ll respawn immediately where you died if you have lives remaining. 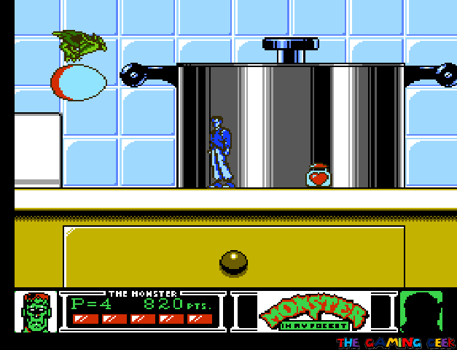 A Roc and a health potion.

There are a handful of health refills in the game, but no extra life power ups. However, you can earn extra lives by hitting specific point thresholds. This is one of those games that you have to beat in one sitting, because it doesn’t have a password or save system. The most that you have are three continues. If you run out of them, it’s game over, and you’ll have to start from the beginning.

As I mentioned earlier, both characters in Monster in my Pocket are essentially the same, so they’ve got the same moves and abilities as well. They can both walk to the left and right, as well as crouch. They can jump, and they both have a double jump move. You’ll need this move a lot in this game. 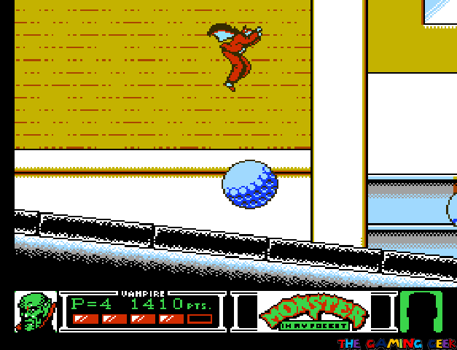 Both Vampire and Monster can do double jumps.

They’ve only got one attacking move, which is the same whether standing, jumping or crouching. It’s a sweeping attack with a wide arcing animation that seems to follow it’s hitbox. It’s quite easy to land hits on enemies, but it’s range is very short so you still need to be careful against charging or fast moving enemies. 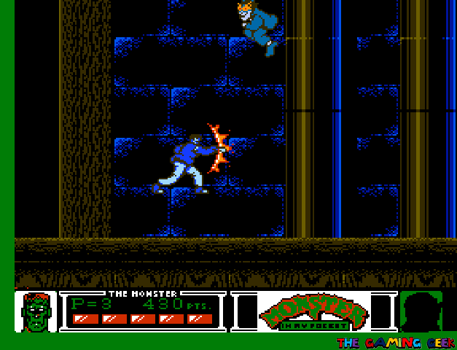 Both Vampire’s and Monster’s attacks have a wide hitbox.

Occasionally, you’ll come across either a key or a screw that you can carry and throw at enemies. These are quite effective; in my experience, it killed every enemy that I was able to hit. 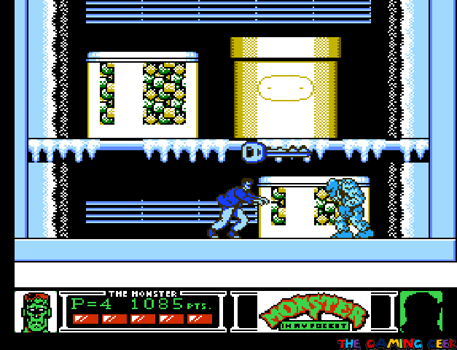 This is literally the key to victory.

You can pick these up again and reuse for as often as you can keep them onscreen. You’ll only lose them if they go offscreen at any side. I was surprised when I was able to bring them to the boss fights!

What Monster in my Pocket provides is the experience of fighting it’s famous monsters. And I regret to say that I don’t recognize a lot of these already. The franchise just isn’t popular anymore, and it’s been almost two decades since the property’s most recent reissue (2006). However, it was neat whenever I fought a monster that I actually recognize, like this ghost whose head is cut off. 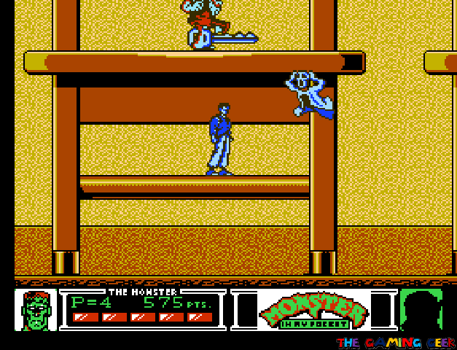 I immediately recognized this ghost when I saw it.

He looks exactly like he did in his trading card! 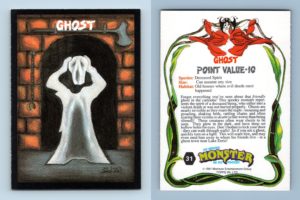 Even though I don’t recognize them all, I enjoyed the variety of enemy monsters. This is a NES game so I’m perfectly fine with each monster limited to one or two moves. The monsters usually attack you in different ways, so it doesn’t feel repetitive. The boss battles are also similar in that they’ve got one move. You have to figure out how to avoid that move and be able to counter attack. 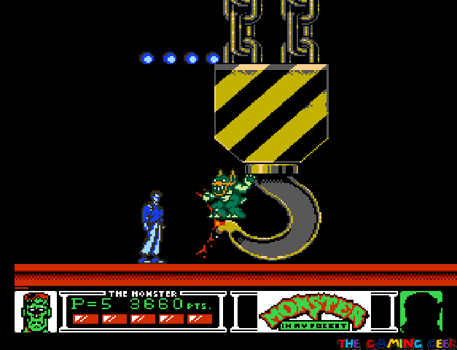 The Monster vs the Gremlin!

I don’t know if the end level bosses were good choices from a theme perspective, since I’m not familiar with the comic books or the lore of the franchise. But from a reputation perspective, I agree with most of the choices. They’re all well designed and fun to battle against, keeping the limitations of the NES in mind.

I liked the graphics of Monster in my Pocket for the most part. Most of the sprites are quite detailed and I can make out who they’re supposed to be. At first I had an issue with the colors used for some of the monsters but I remembered that the original toys had very basic coloring. I do have to mention an issue with sprites glitching whenever there are too many characters onscreen. It was common for NES games to have this but I can’t just gloss over it. And it’s bad enough in this game for me to get a little annoyed. 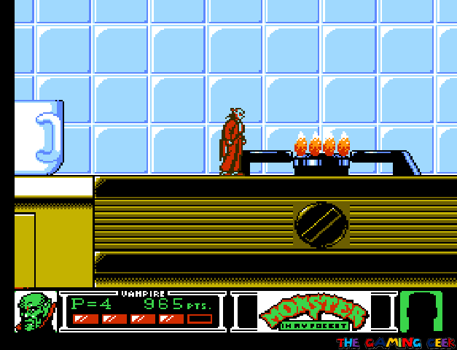 If you can’t stand the heat, don’t stay in the kitchen.

The stages are fun too, especially the earlier ones. It’s always nice to see small objects depicted as large ones. Although as you get farther in the game, the game stops doing this. The final areas of the game are generic caverns and temple stages.

The best part of Monster in my Pocket is the soundtrack. Oh my goodness. Konami is simply at the top of their music game here. I feel kind of bad actually, because this game gets rarely talked about from what I’ve observed. So people don’t really know how good this game’s music is. I would gladly replay this game just to hear each stage’s soundtrack, especially the track for the construction area. 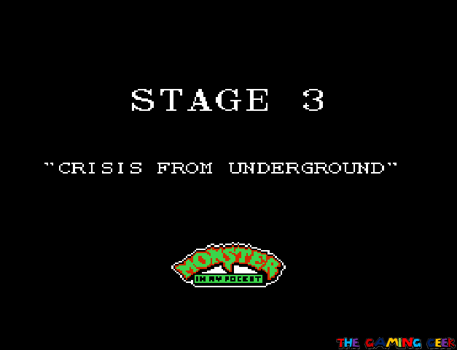 Intro screens before each stage.

In terms of presentation, this game needed more cutscenes. I’m not sure if my opinion is fair since I’m not exactly familiar with how popular this franchise was back in the day. But an introduction that explains why these monsters are all bite-sized and why Vampire and Monster are good guys would have been nice.

To be frank, Monster in my Pocket is a little too simple, with just one attack and jumping as your options. Konami could have added special abilities or extra attacks. However, what they implemented here works really well. Enemy behaviors and placement were designed around what you could do, so having to deal with them is satisfying. Mix in a simultaneous two player co-op mode, colorful graphics, and excellent music, and you’ve got a winner.

This game is definitely a hidden gem in my eyes. Anyone who is interested in playing a two player co-op game should give this one a try. I’m glad that I’m familiar with the franchise because if I wasn’t, I might have skipped this one entirely. 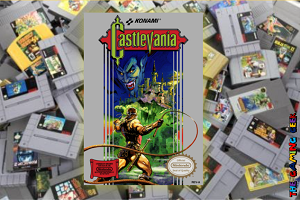 The iconic Castlevania kickstarted an entire franchise of video games. How well does the original hold up to today’s standards?

END_OF_DOCUMENT_TOKEN_TO_BE_REPLACED 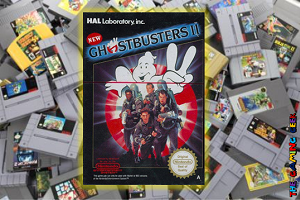 New Ghostbusters II is also developed by HAL Laboratory that was only released in the UK. Let’s see what the rest of the world missed out on.

END_OF_DOCUMENT_TOKEN_TO_BE_REPLACED 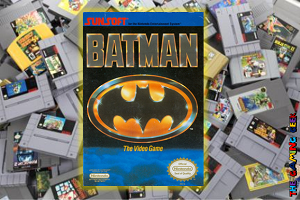 Today, I’ll talk about Batman: The Video Game on the Nintendo Entertainment System. How well does it hold up? Read on to find out more.

END_OF_DOCUMENT_TOKEN_TO_BE_REPLACED

The iconic Castlevania kickstarted an entire franchise of video games. How well does the original hold up to today’s standards?

New Ghostbusters II is also developed by HAL Laboratory that was only released in the UK. Let’s see what the rest of the world missed out on.

Today, I’ll talk about Batman: The Video Game on the Nintendo Entertainment System. How well does it hold up? Read on to find out more.