I’ve written a few Super Smash Bros. fighters wish lists/predictions in the past (here, here and here) and there are a few more characters that I want to see in the game who have yet to make it. With Sephiroth’s release, there are only three more DLC slots left, so it’s a good time to start speculating again. Here are five characters that I want to see get included in Nintendo’s Super Smash Bros Ultimate for the Nintendo Switch.

I don’t want to call this a prediction list because I don’t have any real basis for making predictions. The characters in this list aren’t by any means favorites of mine. I just think that these characters belong in Super Smash Bros Ultimate because of their significance in the history of video games. With that said, let’s begin. 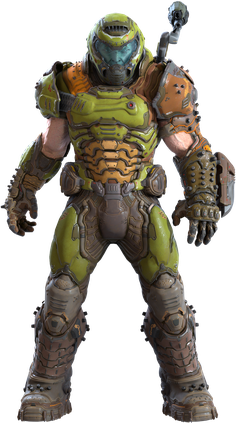 There is no question about Doom’s importance to video game history. While not the first, Doom was the game that popularized first person shooters, later made even more popular with titles like Quake, Half-Life, and Counter-Strike. Which is why I’ve always felt that the Doom Slayer (AKA Doom Guy or the Marine) would be a great inclusion to Super Smash Bros Ultimate.

The franchise itself has also had a good presence on Nintendo platforms, with Doom titles being released on the SNES, Gameboy Advance, and so on. And as far as actual fit is concerned, if Solid Snake and Bayonetta can make it into the game, then the Doom Slayer shouldn’t be disqualified. All possible barriers to his inclusion have already been broken – we have M-rated characters in the game now, as well as characters who are owned by western studios.

When it comes to gameplay, the Doom Slayer adds another gunner-type fighter to Super Smash Bros Ultimate. His wide arsenal of weapons can be converted into different kinds of smash and special attacks. Finally, his Final Smash can be represented by sanitized versions of his many different Glory Kills.

With the Doom reboot and Doom Eternal being well received releases on the Nintendo Switch and all the Doom Slayer/Isabelle memes that went viral recently, there is no question that the Doom Slayer’s inclusion in Super Smash Bros is deserved. 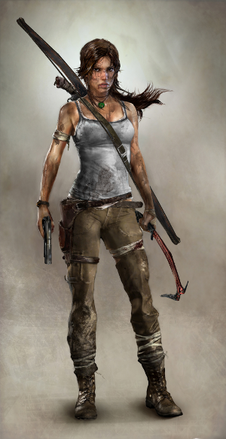 Square Enix has been quite generous in letting their characters be included in Super Smash Bros Ultimate. They’ve allowed the inclusion of three of them already: Cloud, The Hero, and Sephiroth. However, there is one more Square Enix character that is worthy of joining Nintendo’s renowned franchise, and that is Tomb Raider’s Lara Croft.

Is there even a question about Lara Croft’s importance to video game history? She is one of the most important female video game protagonists of all time. Lara Croft is so popular, Hollywood even made three different Tomb Raider movies already. While the more recent Tomb Raider titles have not yet been released on Nintendo platforms, Lara still has presence for Nintendo.  Mainline titles like Tomb Raider: Legend and Tomb Raider: Anniversary were released for the Gamecube and Wii, respectively.

As a Smash Bros fighter, Lara Croft can be a brawler type, with ranged attacks at her disposal. She can use her pistols as midrange pokes like Bayonetta. For long distance attacks, she can use her more modern version’s signature bow and arrows, similar to characters like Link and Byleth. Lara can even have some trapping attacks via the use of explosives, just like Solid Snake.

Lara Croft has the level of popularity that other third party Smash Bros characters have, maybe even more. It would be a treat to be able to use her in Smash battles with other strong female video game protagonists like Bayonetta or Samus, so I am definitely rooting for her inclusion. 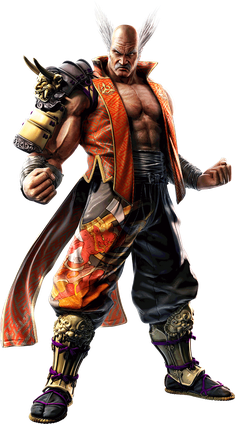 Heihachi Mishima from the Tekken Franchise. Image from Wikipedia.

I find it very strange that Bandai Namco has only contributed one character to all the 3rd party additions across the Smash Bros games. And its not because they don’t have enough popular franchises that have Nintendo presence. Smash Bros fans have been asking for one Bandai Namco representative – Tales of Symphonia’s main protagonist, Lloyd Irving. But I’d like to go in a different direction and choose from a more popular Bandai Namco franchise – Tekken. Only Street Fighter is as popular as Tekken when it comes to fighting games. And when I think about the Tekken brand, one fighter stands out among the franchise’s roster of fighters.

Heihachi Mishima has always been the face of Tekken for me, and more recognizable than Kazuya or Jin ever was. And if included in Super Smash Bros Ultimate, Heihachi will have only been the second villainous 3rd party addition, after Sephiroth. His inclusion will also give Super Smash Bros more fighting game representation. Similar to Ryu, Ken, and Terry Bogard, Heihachi can serve as the Smash Bros gateway for Tekken fans.

I can envision Heihachi as a short range brawler, with powerful close up attacks. He can have Tekken’s famous 10+ hit striking combos, and may even steal some of the franchise’s popular moves like King’s multi-grab combos. Similar to Little Mac, Heihachi would be weak in aerial battles but would be strong on the ground.

If Heihachi doesn’t fit the bill, my runner up suggestions would be Nina Williams, King, or Paul Phoenix. I just strongly believe that Tekken representation would bring value to the Super Smash Bros brand. 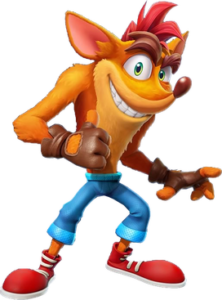 Figureheads, or mascots, were once very important to the major video game companies. Nintendo had Mario. Sega had Sonic the Hedgehog. And at one point, Sony’s mascot was Crash Bandicoot. Similarly, the Crash Bandicoot games were Sony’s answer to Nintendo’s highly successful Super Mario franchise.

The Crash Bandicoot games are widely considered to be both financial and critical successes. This is true even in Japan, where very few Western video games are able to succeed. And I think there is a generation of video game fans who consider Crash Bandicoot as their equivalent of Mario, especially those whose first game console was a Playstation.

Crash hasn’t been exclusive to Sony for two decades now, so the character can definitely be part of Super Smash Bros Ultimate. Mario, Donkey Kong, Sonic, and Banjo and Kazooie are already in Super Smash Bros Ultimate. Crash is the only other significant 3D platforming protagonist that has yet to be included, so I think it’s about time that he gets the invitation. Personally, I’m going to get a huge kick out of seeing a former Sony mascot in a Nintendo game. 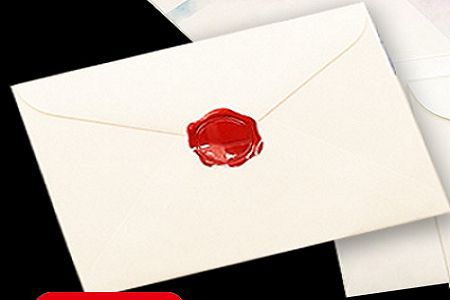 Who’s going to be the next characters to join Smash Bros.?

And there you have it, four characters that I really want to see in Super Smash Bros Ultimate. With only three slots remaining in Fighters Pass 2, the chances of them making it are decreasing. I don’t see any other character more deserving than any of these four though. In any case, all we can do is wait for Nintendo to reveal the rest of the DLC packs.

What do you think about my choices for Super Smash Bros Ultimate? Would you like to see other characters get invited to the franchise? Let me know what you think by leaving a comment or two below!