The Nintendo 3DS turned ten years old last month. While I am loving my Nintendo Switch so much, I do miss some 3DS features that it doesn’t have. The feature that I miss the most? StreetPass.

When two Nintendo 3DS units are within range of each other, they have the ability to communicate and exchange data. If the owners of those 3DS units are playing the same games, they can exchange game-related data without needing to even talk to each other. Essentially, that is how StreetPass works.

The data that you can exchange via StreetPass varies per game. Usually, they are in the form of in-game bonuses that will help you. Sometimes, it’s as simple as high scores being shared or collectibles being unlocked. I loved this feature so much, I always brought my 2DS whenever I went. And after I bought my New 3DS XL, I brought both devices with me as often as I could.

In celebration of the 10th year anniversary of the release of the Nintendo 3DS, I want to revisit something that I wrote seven years ago. I went to the 13th Philippine Toys, Hobbies and Collectibles Convention specifically to get as many StreetPass tags as I could. I spent the entire day there, just walking around repeatedly for as long as I was getting new tags. This was originally published last June 23, 2014, unedited but with additional notes describing each StreetPass feature..

I got a lot of Street Pass tags at the 13th Philippine Toys, Hobbies and Collectibles Convention last Saturday and thought it interesting how the number of tags per game pointed out to what Street Pass games were more popular than others, so I decided to write about it. 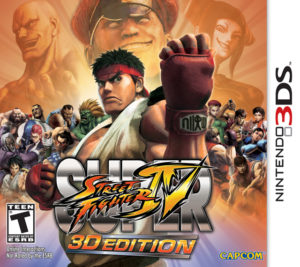 There was a point that I even considered deactivating Street Pass for this game because the Street Pass features are mediocre at best, so I was surprised I got as many as 6 tags for this. Oh, and I won all 6 of the Street Pass battles, which shows how much thought Super Street Fighter IV owners put into their team composition.

Note: As I mentioned, the StreetPass feature of this game isn’t very good. It’s a minigame wherein you form a team of five different figurines, and they battle against the other player’s team. To win the match, three of your figures need to win. There is some strategy involved in what slots you place your figures in. But to be honest, the game is literally just action figures bumping into each other. Thankfully, Capcom came up with a better use for StreetPass later on. 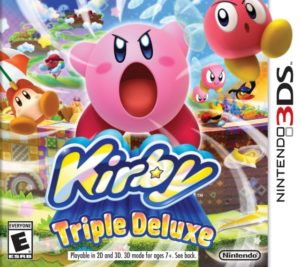 So there are more people out there who own Kirby: Triple Deluxe and are into collecting the virtual keychains. Still haven’t touched the tags since Toycon because I’m busy playing my other games.

Note: A StreetPass tag in this game allows you to retrieve a collectible keychain that you can find randomly in marked stages. You also get to see and save the best times and records of other players for the Arena and the True Arena. For completionists who really want to 100% Kirby: Triple Deluxe, StreetPass is quite important. I never bothered to complete the keychain collection myself. 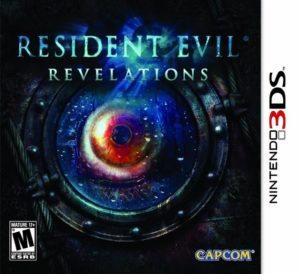 I’m not sure how many tags I got, and would’ve gotten for Resident Evil: Revelations on that day. I know I had a few tags that I wasn’t able to clear from the previous day. I’m not surprised that I maxed out on the ten tag limit of the game, this is one of the few games that I get Street Pass tags for frequently.

Note: Getting a StreetPass tag in Resident Evil: Revelations creates special enemies in Raid Mode missions. When you defeat these enemies (their names are based on the player name of the person you tagged) and complete the mission, you get bonus items. Sometimes, the special enemies are spread across different missions, so it takes a while to clear the tags. This is one of the best ways to use StreetPass that I’ve seen. Honestly, this helped add to the replay value of the game for me. 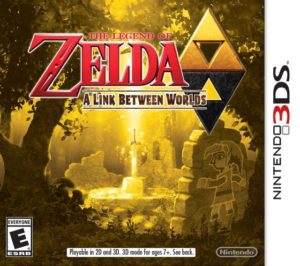 The Legend of Zelda: A Link Between Worlds – 10 or more

Same with the previous game, I’m not sure exactly how many tags I got for this. The Legend of Zelda: A Link Between Worlds has a 20 tag limit and I maxed that out in no time at all. I wonder if the people I tagged already had the chance to fight against my maxed-out Link?

Note: Players can send Shadow Links to others via StreetPass. You can then battle these A.I.-controlled Shadow Links one on one. If you beat them, you win a good amount of rupees. The strength of the Shadow Link is based on the player sending the StreetPass tag. They can also set up to two equipment to be used. So this is another fun way to use StreetPass. Come to think of it, this is actually a good way to earn rupees in the game. I try to save these tags for when I need rupees, so I didn’t clear these out that day. I think I still have StreetPass tags for this game just waiting to be used. 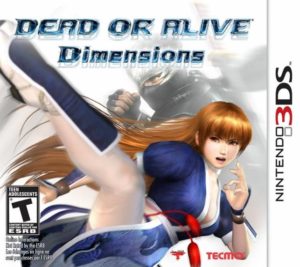 Note: Unlike Street Fighter IV, the StreetPass battles for Dead or Alive: Dimensions are actual fights. They’re still A.I.-controlled, but the difficulty of the A.I. is based on the win/loss performance of the player where the StreetPass tag came from. I’m not good with fighting games, and I’m especially poor at ground-based fighting games like Tekken and Dead or Alive. So I actually find these battles a good challenge. 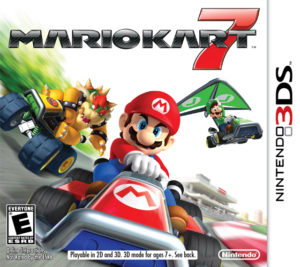 I wasn’t at all surprised that I maxed out on Mario Kart 7 tags that day as it remains to be one of the more popular games for the 3DS and you get to unlock a kart part when you accumulate 100 Street Pass tags. I’ve already done that months ago, so I didn’t care much for the number of tags that I got for this.

Note: Another interesting implementation of StreetPass. Whenever you get a tag from a Mario Kart 7 player, you can “race” against them. In Grand Prix, the game creates a Mii racer based on the profile of the player. In Time Trials, you can race against their ghost data to see which one is faster. I’m not a fan of racing games, and I’ve already unlocked the special Street Pass kart part, so clearlng my tags for this game wasn’t urgent. 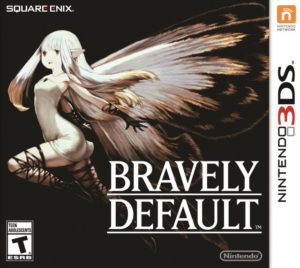 Clearing Bravely Default Street Pass tags is quick and easy so I had this game plugged in when I arrived, knowing that I would get a lot of tags. The game has a tag limit of 10, and I lost count of the number of times I had cleared them up. I already beat the game so like with Mario Kart 7, I didn’t care much for whatever tags I got. I’m sure all these tags will be helpful when I decide to do a second playthrough of the game, but at the rate that I’m buying games, I don’t think I’ll get the chance for that.

Note: The StreetPass features for Bravely Default is so useful, especially in the early stages of the game. I think that, because of it’s usefulness, using StreetPass in Bravely Default is almost a requirement. When you get a StreetPass tag in this game, you get an extra villager that you can put to use in the village building minigame. You also get a special Summon that can be used in battles. What the Summon does is based on the player’s set up. Bravely Default players who really want to help out will take the time to plug in helpful moves and attacks. I use this to troll and input attacks that also harm the player’s party. I love how StreetPass was implemented here, I’m just not comfortable with how it becomes compulsary. 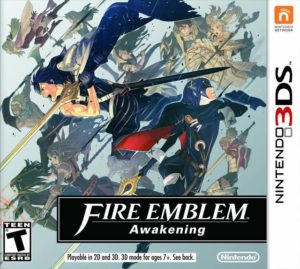 I’m glad Fire Emblem Awakening‘s Street Pass tag limit was set to 50, I didn’t need to clear the tags that I got to get some more. I maxed this out easily, which I expected because I regularly get tags for this game just by walking around. I’m glad I got this many tags, now I don’t have to fret about not having enough skirmishes to fight.

Note: The best implementation of StreetPass, in my opinion. In Fire Emblem Awakening, you can share your character avatars to others via this feature. These avatars can then be recruited into your army or fought in a skirmish. Getting additional battles in Fire Emblem games is quite helpful as these are additional sources of experience points for leveling up. Being able to recruit other avatars provided me with a lot of cannon fodder. And having a 50 tag limit meant an almost limitless supply of these. Fire Emblem Awakening’s StreetPass feature definitely made it worthwhile to have your 3DS with you at all times.

I’m just glad I finally got this achievement: 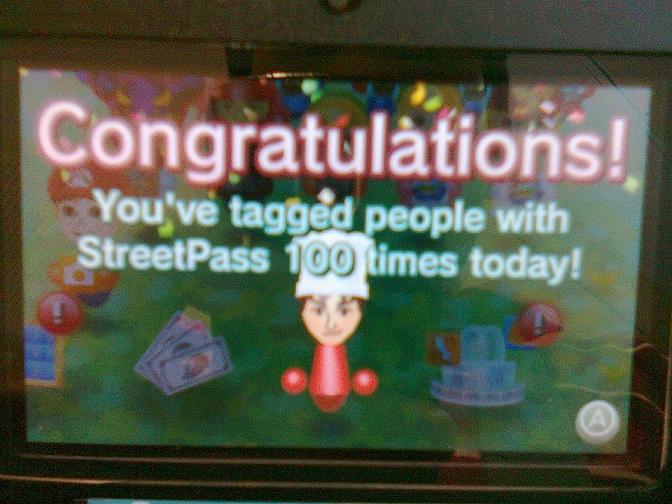 Life presents few opportunities to be in the same place as 100 other people who own and brought along their 3DS with them, and even if they did, there are a few 3DS owners who could care less about Street Pass Mii Plaza. I knew there was a chance for me to get the hundred tags in one day by just walking around and around the convention.

It’s nice knowing that there are a lot of other people out there who are interested in the same games that I am, and it’s much nicer to get something, an in-game bonus, out of that.

Note: StreetPass Mii Plaza is a suite of apps and minigames that revolve around StreetPass. One of the notable apps is Puzzle Mii, wherein the “puzzles” are simply pictures sliced into multiple pieces. You get the pieces from other people via StreetPass. Some of these puzzles are cool 3D dioramas, so it was also worth chasing after.

This post ran a little long, but that’s what happens when people talk about memories they are quite fond of. Despite not selling as many units as the Nintendo DS, the 3DS is such a memorable gaming device for me. And StreetPass is a big part of why I’m quite fond of my 3DS.

With a number of games utilizing StreetPass in rewarding ways, it made owners bring their 3DS devices along with them often. It gave 3DS owners like me a fun reason to go out in the world. Too bad the Nintendo Switch doesn’t have a similar feature. I hope Nintendo revisits this idea again.