I’m already part of what’s considered the “middle-aged” group, so I’m somewhat of a seasoned old-timer already. And being an older guy, I’ve started to look back a lot at my past. To cut a long story short, I had the hankering to play games that I used to play when I was much younger. While reflecting on my youth, I remembered my first ever video game console – it was a Nintendo Game Boy. And I am sure I owned at least seven titles in my Game Boy library. 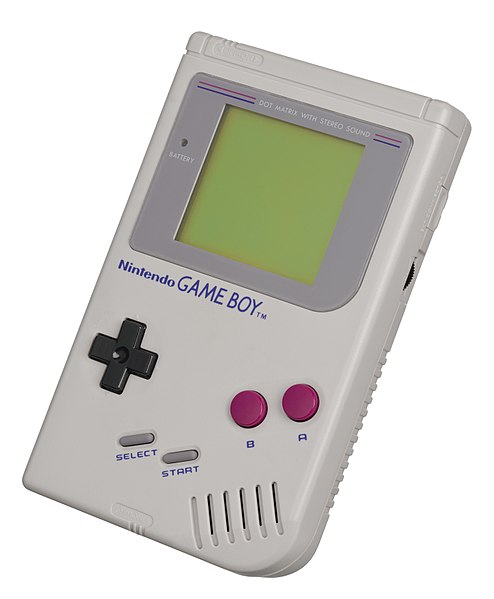 The Game Boy, my first ever video game device. Image submitted by Evan-Amos at Wikipedia for free use.

It sounds cheesy but, the games in the list below all have a special place in my heart. My grandmother, already old during the early 1990s, was still working. She had saved enough to buy me that Game Boy, along with all the games I’ve ever owned for it. Almost three decades later, I have a deeper appreciation for her gifts especially since gaming is a hobby that I continue to enjoy today.

So I’d like to talk about each of these games, what I remember about them, and how I feel about them now. 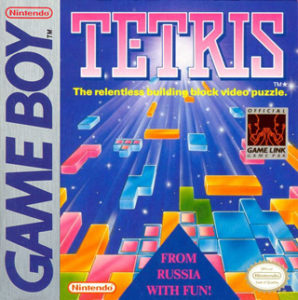 Back then, I’m sure that I thought Tetris was just an average game. Sure, it was quite addicting while you’re playing it, but it’s just a puzzle game. It’s not an adventure game like Mario or an action game like Double Dragon. However, I think Tetris is the game that I played the most.

This is also the only title in my early Game Boy game collection that truly left a mark in the history of video games. Including Tetris with the Game Boy was a brilliant move on Nintendo’s part. Some people say that the Game Boy was largely successful due to Tetris. Others say that it was the Game Boy that helped Tetris become successful. I think both were simply made for each other. Tetris was the right game for the right handheld gaming device, the Game Boy, released at the right time.

What else is there to say about Tetris? New Tetris titles are still being released to this day, with the core mechanics largely unchanged. Nintendo even offers Tetris 99 as a free game to Nintendo Switch Online subscribers. I can’t think of a puzzle game that’s as successful and as timeless as Tetris is – who’s going to remember Candy Crush 30 years from now?

I had a dream the night before I got my Game Boy. I was playing Super Mario Land, and it was simply a monochrome version of Super Mario Bros on the NES. And I wanted to play that game so bad because everyone else was had already played it. So I was confused when I finally had the chance to play.

As I was going through the first stage, that I was playing a completely different game. The first turtle shell that exploded in my face shocked me confirmed my suspicion – this wasn’t a port of Super Mario Bros. I was disappointed at first. I eventually learned to like Super Mario Land because it’s a good game. It was short but it offered a fair challenge, had great music, a good variety of boss battles, and even had side-scrolling stages. 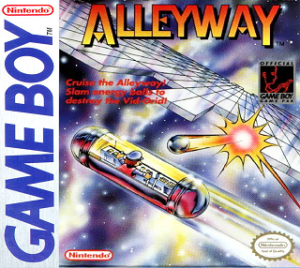 One of the weaker games in my Game Boy library, Alleyway is simply a stripped-down version of Arkanoid. Is there anything positive that I can say about it? Well, Alleyway’s simplicity worked for it. Even today, all the power-ups in Arkanoid make that game a little too chaotic for me. With Alleyway, all you had to work with was your paddle, the ball, the blocks, and your skill. Different game elements would get introduced like blocks that moved down slowly or unbreakable blocks. But the way the game introduced these new elements was paced properly.

Alleyway’s simplicity also works against it because the game simply isn’t memorable. Occasionally, you would come across bonus stages where the blocks are arranged to form different pictures, ala Nintendo’s picross games. Maybe if all the game’s stages were like that, plus some additional game modes like an endless mode, Alleyway would have been more than just a Breakout clone. Out of the Game Boy launch titles, I would’ve wanted to get Tennis instead of this. 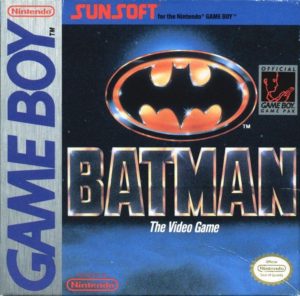 I was very excited about the first Batman Game Boy game when I saw the box. This game had one of the greatest superheroes in comic books, so it can’t be bad right? And even if I was just a kid, I loved the first Batman movie a lot. But Batman, like most early video games, was average at best. As a kid, I’m okay with playing average games. My biggest complaint with Sunsoft’s game design is how they made Batman play more as a shooter Mega Man or Contra, instead of having Batman punch and kick his way through the game.

Batman took you through the same locations you saw Batman appear in the movie. It had cutscenes that followed the general plot of the film closely. This game even has great music (what Game Boy game didn’t? Oh yeah, Alleyway). But beating Joker by firing your gun and hitting him more times to beat him? That doesn’t feel like being Batman at all.

But again, I was okay with Batman being an average game. I actually plan on replaying this game and writing a full post about it. I definitely don’t regret Batman being part of my Game Boy library. 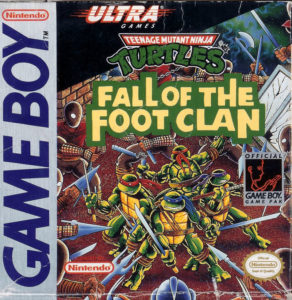 The first Teenage Mutant Ninja Turtles game on the Game Boy, Fall of the Foot Clan suffered from the same issues that plagued video games of this era, being too short and too simple. While you can choose between all of the four Ninja Turtles, they all look the same save for their weapons and have the same exact three attacks. There are only five short stages, each ending with a different boss battle. The bosses are well-known Turtles villains, but their moves are quite limited, so the battles with them are not memorable. I actually had to play through the game all the way to the end while I was writing this because I don’t remember much about this game.

What I do remember are quite positive, and I can still say that about this game today. The sprites in this game are large and very detailed, although the sprites for generic Foot Soldiers look a lot better compared to the Turtles themselves or to the boss characters. The action may be simple but it worked well enough to entertain a kid back then. The biggest value of this game? Being able to listen to a good Game Boy version of the old Turtles 90s cartoon theme while playing the game. I would have preferred to have one of the two sequels to this, but I’m happy enough with having Fall of the Foot Clan in my Game Boy library. 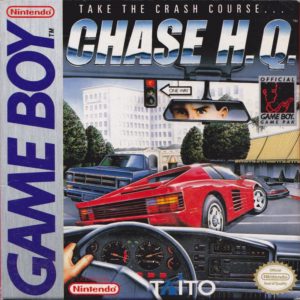 The weakest title in my Game Boy library, in my opinion. I’ve never been fond of driving games, and despite the “action twist” that Chase H.Q. had (you needed to chase criminals and stop them by crashing into their cars), I didn’t like this game at all. It was very short with only five stages, and I don’t really remember anything that differentiates them. Maybe later stages were a little longer than the previous?

Why couldn’t I have gotten Castlevania II: Belmont’s Revenge, or even the first Game Boy Castlevania, instead of this? Or The Legend of Zelda: Link’s Awakening? Such a waste of my grandmother’s money. The only positive comment I can make about Chase H.Q. is I think this game taught me to always try to beat video games that I own.

Did I ever beat Chase H.Q.? I remember getting to the fifth level. That’s about it. Who cares? Let’s move on. 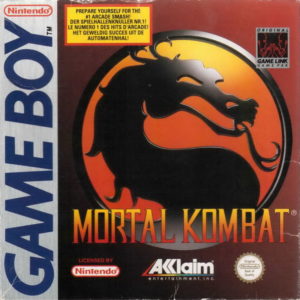 To this day, I can’t believe that my grandmother was okay with getting me a copy of Mortal Kombat. I guess she didn’t know what this game was all about when she bought me this. Well, I didn’t end up becoming a serial killer so it all worked out in the end, right?

I looked at Mortal Kombat like it was the crown jewel of my Game Boy library. The game was as slow as a snail and was missing one of the fighters I preferred to play as, but I loved playing this game over and over. If I wanted to play Mortal Kombat, and I did, this was my only option. And I was happy enough with it. Now that I know better and have a bunch of other options, I’m definitely not going to waste time on replaying this. But I’m glad I had a copy of this when I was a kid right when it was released. I was playing a popular game right at the time it was popular, and that’s good enough.

Aside from Tetris and Super Mario Land (two games that you’d expect any Game Boy owner to have), I really missed out on some really good Game Boy games. And there were enough good ones: Metroid 2, The Legend of Zelda: Link’s Awakening, the Double Dragon games, the TMNT sequels, the Mario Land sequels… I could go on and on. I guess this was why I had trouble exchanging games with other kids who had Game Boy games – I don’t think they were interested in what I had.

But I was happy with five out of the seven titles I ended up having. Considering these were all bought by my grandmother, I’d say she has a decent success rate when it came to finding games that I would enjoy.