I chanced upon X-Men: Mojo World for the Sega Master System while looking for more of its games to play. I had been impressed with the Master System version of Vampire: Master of Darkness and I didn’t want to skim over an entire library of games just because I didn’t know the console itself. 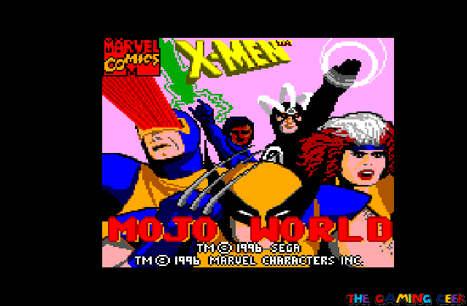 I’m glad that I gave the Master System library a second look because this is quite an interesting game.

X-Men: Mojo World is an action platformer that was developed and published by Sega for the Sega Game Gear. It is the third game in a series of X-Men titles for Sega’s handheld console. What’s really interesting about this game is that it was ported over to the Master System by Tec Toy, a company based in Brazil that distributes Sega video game consoles in the country. And Tec Toy published the game only in Brazil. I wasn’t even able to find a picture of the game’s Master System box art.

The premise of the game has the X-Men trapped in Mojo World, where they are tasked to compete for their freedom. At the start of the game, you can choose to play as one of two X-Men members: Wolverine, or Rogue. When you beat a stage (from Stage 1 to 4), you’re able to rescue another X-Men member that you can play as. Each member has one life and there are no extra lives. This means that if you get killed as Wolverine, you won’t be able to choose him anymore. And if you run out of X-Men members, then it’s game over. 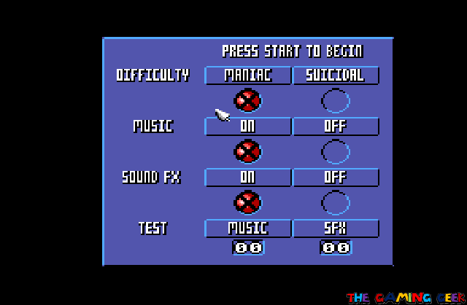 You have the option to choose the difficulty when you start a new game.

Each character has a health bar and a power bar that fuels their mutant powers. In each of the stages, health and mutant power refills are plenty. That is, on the difficulty level that I played in. The game has two difficulty settings: Maniac and Suicidal. Both of my playthroughs were on Maniac so I’m not sure if there are fewer power-ups in Suicidal difficulty.

The X-Men’s Moves and Abilities

Each of the X-Men members can move with the D-Pad. They can crouch and even inch forward while crouched. The attack button is a melee attack, while the other button is for jumping. Everyone can do a double jump by doing a double-tap on the jump button. Pressing both buttons at the same time turns your character’s mutant power on or off. When this is turned on, you’ll see the blue mutant power bar. 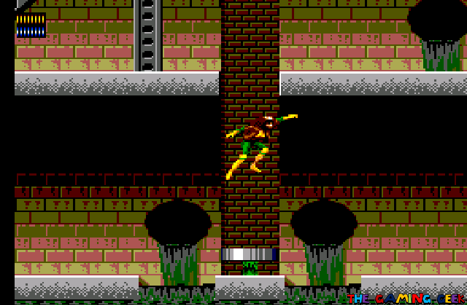 Rogue can fly but she doesn’t have any ranged attacks.

Rogue gains the ability to fly, which replaces her double jump. She’s limited to punching, but her flight powers help her get past obstacles quite easily. Flying slowly drains the power meter. 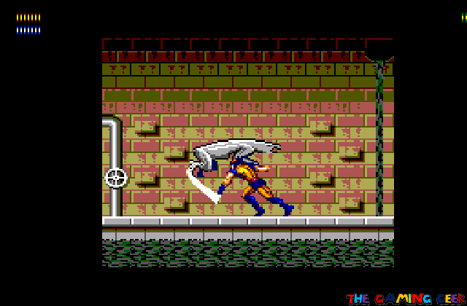 Wolverine vs a War Wolf.

Wolverine doesn’t get any new moves, but he has his claws out. This increases his melee attack damage. This also turns his healing factor on. Unlike the others, Wolverine’s power bar will constantly drain when this is on. 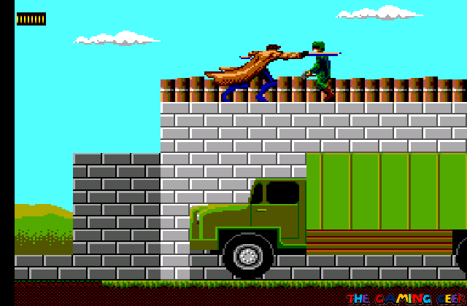 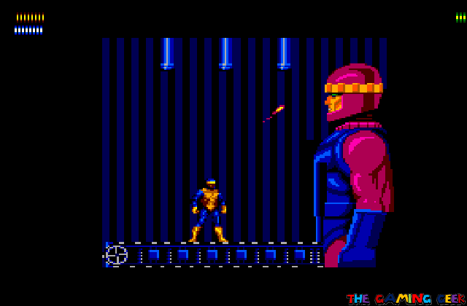 Cyclops joins after Stage 2. His power changes his attacks to small optic blasts. Unlike Gambit, Cyclops can fire these upwards or diagonally. However, his power meter drains much faster as well. 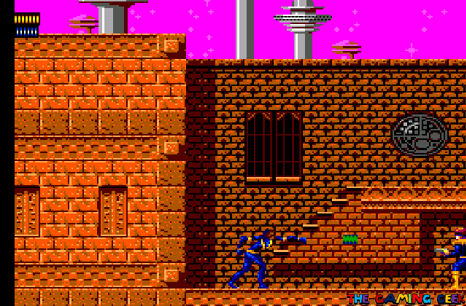 Havok joins after Stage 3, and Shard after Stage 4. They’re essentially the same, and like Gambit, their power is to shoot ranged attacks. Unlike Gambit, they’ve got a normal arms length reach. After seeing such diversity in the first four characters, I was a little disappointed with these two.

The characters of X-Men: Mojo World are quite imbalanced. After a few playthroughs, it’ll be obvious that Rogue is the most effective character. Her flight will let you easily avoid enemies and other obstacles like pits. Wolverine, Gambit, and Cyclops have some advantages that make them useful depending on the stage you’re on. Meanwhile, anything that Havok and Shard can do, the others can do as well. 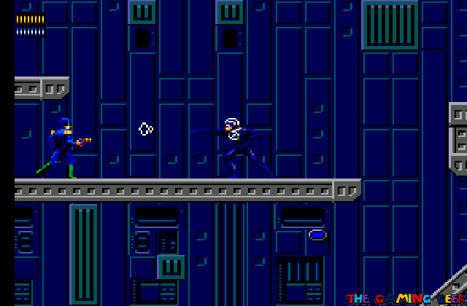 At first, I considered this as an issue of the game. Why would you want to play as the other characters when Rogue can deal with all of the stages on her own? And that’s exactly what I did on my first playthrough – I used Rogue exclusively. But my perspective started to change on my second playthrough. To switch things up, I used Wolverine on the first stage, then I used the character who just joined the team next. So I had the opportunity to play as all of them. 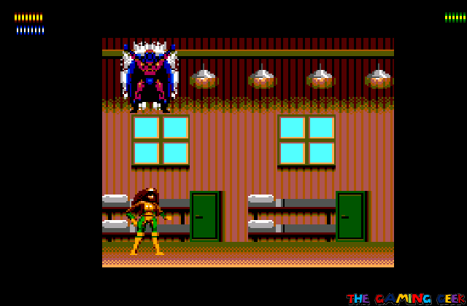 You’ll fight a simulation of Magneto as one of the game’s bosses.

I started seeing the imbalance as variety. It became an additional way to change the difficulty of the game. If I wanted a little more challenge, I played as the other characters, which adds to the game’s replay value somehow. Too bad you can’t play as all of the characters from the start.

Given the limitations of the hardware that this is on, I was impressed by X-Men: Mojo World. This game looks much better than 80% of the NES library, in my opinion. The game makes great use of color, with no compromises. Just check out how color accurate each of the X-Men’s sprites are. And I think being ported over to the Master System helped this game look better, simply because you can see more of the stages. It’s a little funny to see how they couldn’t expand some of the screens. I guess Sega didn’t really plan on releasing this outside of the Game Gear. 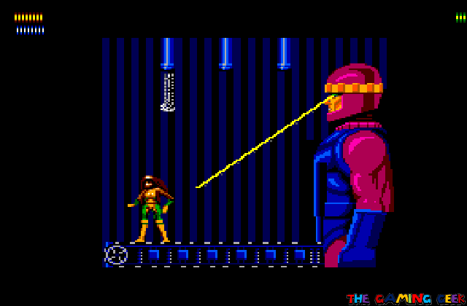 I wonder what Master Mold is looking at? 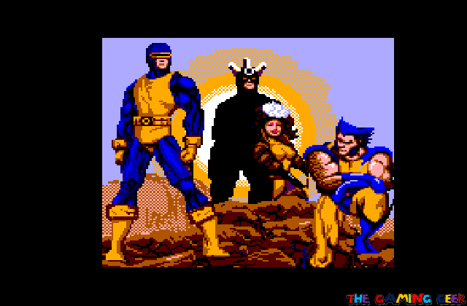 I wish the game had more art like this.

As for presentation, there’s not much. I understand the limitations of the hardware so I’m not docking any points for this, but I definitely think that anything would have helped make this game look better.

These Master System games continue to surprise me. X-Men: Mojo World is a game with solid mechanics and decent level design. It’s a little short and two of the six playable characters are a little uninspired. But it’s miles better than most of the superhero games that you can play on the NES. The game feels like an X-Men adventure, and it’s not bad to look at either. You can always turn the music off and listen to something else.

I don’t know how hard it is to get an actual copy of this game. And I don’t know how well this stacks up against the other X-Men games on the Game Gear. But I think this belongs in every Master System collection. X-Men fans should look for an opportunity to try this out. How many times are you going to get the chance to use Rogue as a playable character?