With the characters of Tony Stark and Natasha Romanov already deceased, and Steve Rogers advanced to a much older age, its hard to imagine how Marvel Studios can sustain the Avengers brand. The Young Avengers concept can be an effective way to usher in a new age of the Marvel Cinematic Universe and bring in new fans to the most successful film franchise of all time.

The Young Avengers have gone through several lineup changes since their introduction, so to keep things concise I’ll be talking about their lineup prior to the Marvel Comics event Civil War. 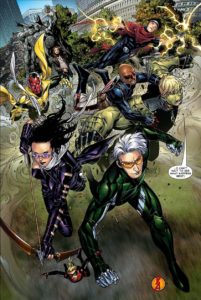 Of the characters in the early Young Avengers issues, Cassie Lang is one of the earliest to be introduced in Marvel Comics. She isn’t a founding member, but she is among the first additions to the team. The daughter of Scott Lang, she shares the same size-changing powers but early on preferred the ability to grow large.

When I saw the character of Cassie Lang in the cast for the first Ant-Man film, I already realized the potential for the Young Avengers in the Marvel Cinematic Universe. But when Marvel Studios recast Kathryn Newton in the role, I can’t shake the feeling that there are bigger things planned for the character.

Kathryn Newton is an up and coming actress who has already had lead roles in films like Detective Pikachu and Freaky. I don’t think Marvel Studios is going to cast an actress of her potential if they only had the third Ant-Man film in mind. And Cassie Lang’s biggest Marvel Comics storylines have her as part of the Young Avengers, so I believe that this is all building up to something major.

Another early recruit, Kate Bishop is a normal human teenager who is skilled with different types of armed and unarmed combat. While without any superpowers, Kate’s ability to think on her feet while under pressure situations makes her a valuable teammate. Using various weapons owned by Mockingbird, Hawkeye, and Swordsman, it was rumored that she will eventually take on the name Mockingbird, but she uses the Hawkeye name instead.

It was rumored that the Hawkeye TV series on Disney+ would be focused on Clint Barton training his successor, and that successor could possibly be based on Kate Bishop. Well, several Hawkeye set photos have been released which confirms that rumor. Similar to Cassie Lang, casting Hailee Steinfeld in the Kate Bishop role must be a lead up to bigger things. 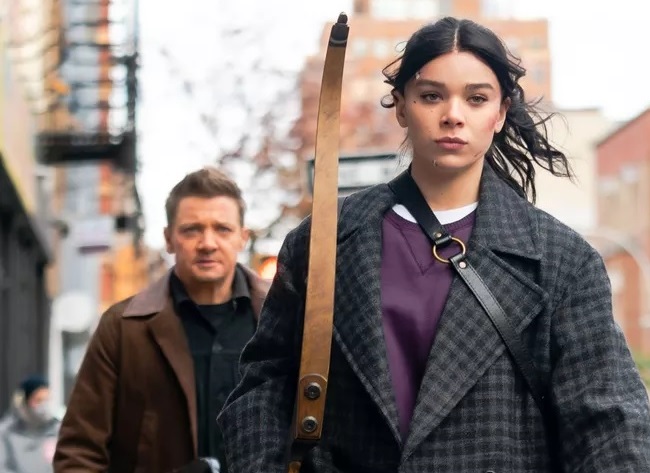 Kate Bishop will be introduced in the Hawkeye TV series for Disney+.

An established young actress, Hailee Steinfeld already has one Academy Awards nomination in the Best Supporting Actress category. She had the lead starring role in 2018’s Bumblebee, was part of the Pitch Perfect sequels cast, and is also currently an established singer. This would be a wasted casting if all she’s going to do for Marvel Studios is a limited TV series for Disney+.

Still Building Up to a Reveal

Wiccan is the first founding member on this list and was originally called Asgardian during his introduction, his costume bearing similarities with Thor’s. He has mystical reality-altering powers similar to that of his mother’s, the Scarlet Witch.

Later on in the Young Avengers series, Speed is introduced. A white haired teen that bears a striking resemblance to Wiccan, his hot-tempered personality and powers are similar to Quicksilver’s (the Scarlet Witch’s brother).

They haven’t been formally introduced in the Marvel Cinematic Universe yet but without spoiling anything, I suggest that you watch the Disney+ series Wandavision.

Not Yet Clear, But the Foundations are There

Another founding member, Hulking is the son of the Kree hero Mar-Vell and a Skrull princess. Due to his alien heritage, Hulking has shape-shifting powers and also has improved durability and a healing factor. Hulking is also notable for having one of the most prominent LBGT relationships in Marvel Comics (he is Wiccan’s partner).

Similar to Wiccan and Speed, there hasn’t been an explicit mention of Hulking thus far. But the building blocks for his storyline have already been established, with the Kree and Skrull races introduced in Captain Marvel. The Marvel Cinematic Universe of Mar-Vell is female, but Hulking’s storyline could easily be changed and have him have a Skrull father instead.

Eli Bradley, another founding Young Avengers member, is the grandson of Isaiah Bradley. The latter took part in experiments on African-American males trying to replicate the Super Soldier serum. Eli was originally getting super strength and durability from the drug HGH (human growth hormone). Later on, he received a blood transfusion from his grandfather that gave him these powers permanently.

Patriot is another character who has yet to be explicitly hinted at, but has the foundations already available. In the Marvel Cinematic Universe, it is known that several others attempted to recreate the Super Soldier experiment, with the Winter Soldier Project and the Hulk and Abomination accidents. Other “super soldiers” are set to make an appearance in Phase 4: The Red Guardian in Black Widow and John Walker, the official successor to Captain America in The Falcon and the Winter Soldier. It’s going to be easy to introduce Eli Bradley’s origin if Marvel Studios wanted to.

Iron Lad is the younger version of Kang the Conqueror, who travelled back in time to seek help from the Avengers. However, the Avengers had officially disbanded then, with the Avengers Mansion abandoned. Finding the Vision’s destroyed remains, he downloaded its operating system and executes Vision’s Avengers failsafe protocols, which leads Iron Lad to form his own team of younger Avengers.

Like the rest of the characters in this section, there is no evidence leading to Iron Lad’s introduction to the Marvel Cinematic Universe. However, it is rumored that the main antagonist for the third Ant-Man film will be Kang the Conqueror. With Captain America retired, Iron Man and Black Widow deceased, and Thor following a journey of self-discovery, it is easy to see how the Avengers can be considered disbanded or inactive. Iron Lad can still be used as the catalyst for the formation of the Young Avengers in the Marvel Cinematic Universe. 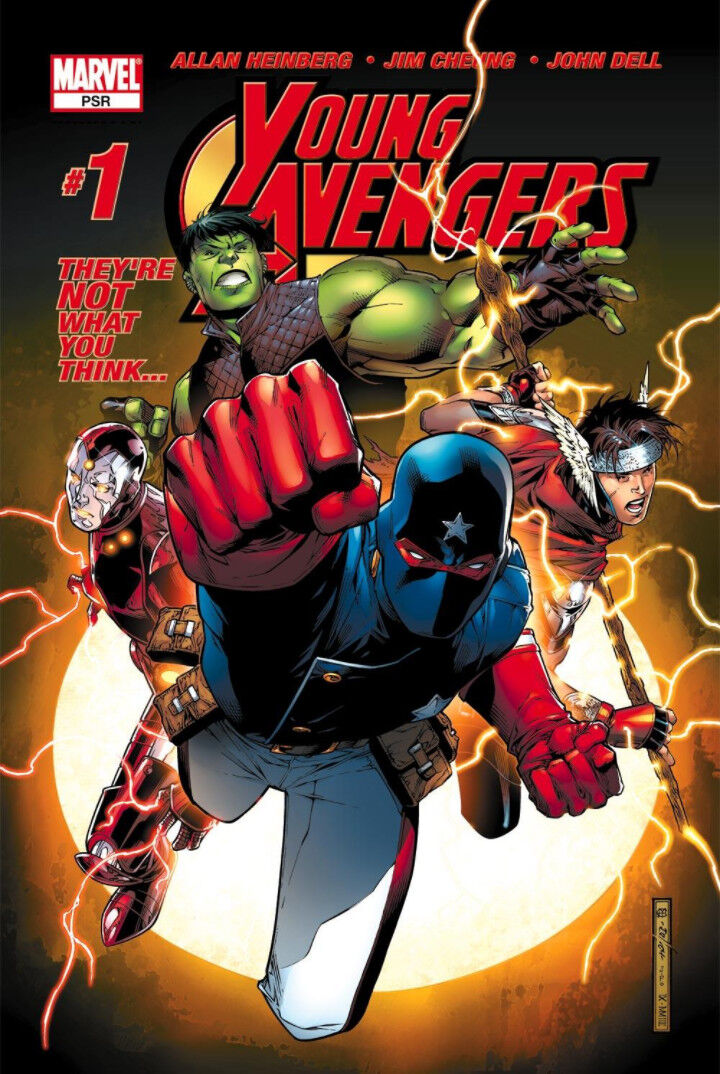 Of course, this is all just speculation. Time will tell if I’m right. I’ve been wrong before. Let’s see what Marvel Studios has in store for us!