Is Nintendo Bad at Naming Their Consoles? Part 2
0 Comments

In Part 1 of these articles, I gave Nintendo a score of 80% – eight good names out of ten different home and handheld devices. Today, let’s continue to assess the rest of the names that Nintendo has come up with for the rest of their console releases.

I forgot about this one, and I wish I didn’t remember it while writing this because I am so torn about the name. Micro is a stronger description of this model’s main feature. The name would have been perfect for me, had Nintendo kept the Advance name in there.

If people thought the name New Nintendo 3DS can be confusing for some consumers, then who would argue against the possibility that some kid or parent would think that the Game Boy Micro can play Game Boy games? That’s an issue, because the Micro can only play Game Boy Advance games.

I don’t know why Nintendo took out Advance from this name. Game Boy Advance Micro has the same number of syllables as Game Boy Advance SP, so it’s not like this name is too much of a mouthful to say. If its spacing on boxes and packaging, they could easily shrink the word Advance and place it under the Game Boy name to make the brand fit. Sorry Nintendo, I can’t give you a pass for this one.

This was Nintendo’s first modern handheld device that does not have the Game Boy name. And Nintendo was able to choose another excellent name for their Game Boy successor. DS can mean “dual screen”, which perfectly represents the gadget’s main feature. It also stands for “Developers’ System”, as Nintendo claims that it was very easy to develop games for this device. Not that it means anything, but bonus points for Nintendo for that mirrored “O” in the logo that further highlights the dual screen innovation of the device.

I get everything that Nintendo said to justify this horrible name. They wanted a catchy brand that would be universal, and easily pronounced regardless of country or language. The two small letter “i” in the name represents two people beside each other, as well as the Wiimote and Nunchuk attachment. The name sounds like “we”, signifying togetherness.

And yet, even the Nintendo fanboy in me can’t deny that Wii is still a bad name. Video games are supposed to be fun and informal, but this is too casual even for me. I’d even go as far as blame this name, possibly forcing Nintendo to come up with a controller that threw away everything they learned about ergonomics, just so the Wiimote can look like a TV remote control.

I debated including this name in this assessment, but it will make sense why this needed to be included later on. This grade is largely based on how the descriptor “Lite” fits the DS brand, which it does perfectly. The DS Lite is a slimmer, lighter, and more streamlined version of the original DS. You can think of this as Nintendo’s equivalent of Sony’s Slim designation for their smaller Playstation versions.

The DSi is an upgraded model of the DS. According to Nintendo, the letter i stood for “individual”, as the DSi had features that allowed them to personalize their devices. Personally, adding i gives me the impression that the DSi has added internet connectivity. And it does, as this version can have an internet browser installed. Owners can also download digital DSiWare apps and games via the online Nintendo DSi shop.

The DSi has other features, but I’d say the most significant ones revolve around the improved online functionality. The worst I could say is this feels a little too inspired by Apple’s branding (iPod, iPhone). At least Nintendo added the i after DS and not before. Another good name by the big N.

This time, we’re just scoring the addition of XL in the name. And is there a better way to say that this version of the DSi is larger than the original model? XL is still chic enough to stick, without losing the image of larger size. If not XL, then what? DSi Big? DSi L? DSi Macro? DDSi? Adding XL is simple, but effective.

By the way – in Japan, this was known as the DSi LL. It’s not as different of a label, compared to how NES and Famicom are completely different. So let’s ignore the LL label to avoid padding Nintendo’s scores. 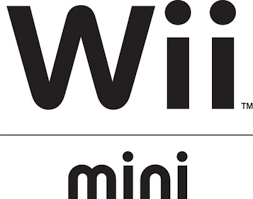 Unlike the DSi XL, I don’t think calling this the Wii XS would have been effective. The unit itself isn’t exceptionally small, so Micro would have been too much. But Mini perfectly describes this smaller Wii model. Much like how Slim was a good match for the Playstation brand, Mini fit the Wii name like a glove.

This new handheld device followed the dual screen approach of its predecessor, and included a new glasses free 3D viewing technology. The name 3DS conveys exactly that. I can’t think of a better name for Nintendo’s DS follow up. Bonus points for adding a splash of red to the previously bland color scheme of the DS logo.

As for the 3DS XL, the same reasoning I used for the DSi XL still applies. The 3DS XL is a larger version of the 3DS, with larger screens. Adding XL to the name perfectly describes that.

Much has been said already about how bad the Wii U name is, with the biggest argument against it pointing to confusing this device as an accessory to the Wii instead of a completely new console. All I can say is, I agree completely.

I ask people who criticize Nintendo’s console names what names they’d suggest, so I’ll do the same here. Using Nintendo’s previous names, I’d go with Super Wii or Wii Advance instead of Wii U. Yes, they don’t sound like much of an improvement, but that’s really because of the Wii brand sucks. I’d even recommend going back to the original name and call this the Revolution. Any new name is going to be better than Wii U.

What would you call a 3DS model that plays 3DS games but does not have the 3D viewing functionality? Un-3DS? Non-3DS? Simply DS?

Believe it or not, but there are people who don’t consider 2DS as a good name for this cheaper version of the 3DS. But I can’t think of any other name that describes exactly what this 3DS version is that also differentiates it from the old DS systems. Anyone who thinks that the 2DS name is bad simply has an uninformed opinion or hasn’t tried coming up with a name for this model on their own.

Finally, we’re talking about the series of names that caused as much of a ruckus as the Wii U name. While I personally understand why Nintendo simply slapped “New” when branding these improved 3DS versions, I can’t deny how much confusion this naming convention caused with the average consumer. Consider this – my New 3DS XL is already five years old. New simply doesn’t fit well.

This is where I wish Nintendo had reused a suffix that they used previously – SP. Compare these two sets of names: (1) New 3DS, New 3DS XL, New 2DS XL; (2) 3DS SP, 3DS SP XL, 2DS SP XL. Others have argued for reusing Super or Advance, but I disagree as those additions were for completely new systems and not just upgraded models. 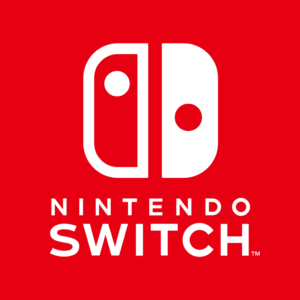 Lastly, we have the Nintendo Switch. This hybrid console can be played as a handheld device or as a home console. And you can *gasp* switch between the different modes quite easily. Switch is s catchy name that perfectly describes the console’s main feature. How can anyone argue against that?

Nintendo’s final score is 72.7%, with 6 bad names out of 22 attempts. With most of these bad names coming in recent years, recency bias has probably played a factor in the current perception of Nintendo. But Nintendo isn’t as bad with names as people make them out to be. When a company continues to reinvent their products and brands, they are bound to come up with misses.

Besides, who is the gold standard that Nintendo is being held against? Sony, who has stuck with the Playstation brand since the beginning? All they have to do is slap a new number at the end and call it a day. Do people really go “Oooh, Playstation 5, what a good name, only Sony could come up with such an excellent name“?

Nintendo hasn’t been perfect with their branding, but they are far from being bad at it. Definitely not in contention for being the worst at naming their products.