Is Nintendo Bad at Naming Their Consoles? Part 1
10 Comments

The idea for this post came from several arguments over at the Nintendo Switch Reddit. Several users actually consider Nintendo to be the worst when it comes to naming their consoles. While they did come up with some terrible names, they also had some really good ones too. So this series of posts aim to give Nintendo an actual numerical grade based on how many of their console names were good.

I was thinking of an objective process wherein each name would be scored against different criteria. But Nintendo’s been at this business for a long time already, so we have a lot of names to get through. To simplify things, the grades per name will still be mostly subjective based on my opinion, but I will explain my final ratings for each. I’ll just rate each name as “Good” or “Bad”, and at the end of the exercise we’ll just see what percent of Nintendo names were good. Maybe later on I’ll do the same for Microsoft, Sony (do I even need to) and even Sega. With that said, let’s begin.

The name of Nintendo’s first home video game console was a product of its time. With the video game industry at an all-time low outside Japan, Nintendo needed a name that would distance it’s device from video games.

And the name Entertainment System did just that. Its just like your NES would be an addition to your VHS, TV, and sound system. I dare say that this name even inspired Sony’s Playstation moniker. A great name to start with.

Not much to say here other than the name did it’s job well. Personally, I would have preferred a name that could be said without the brand “Nintendo” in it, but that’s a minor issue. This is still a good name regardless.

This came out first but was largely limited to Japan and some Asian countries including mine. Nintendo didn’t need to distance themselves from video games in this region though, so they could really stick with the word “computer”. Based on a Nikkei article, the name aimed to differentiate the device from home or personal computers. It was a “family computer”, not a personal computer.

If there is any question regarding hoe timeless this name is, let me just say that to this day, the name Family Computer is still recognized by old timers in my country. Definitely another good name to Nintendo’s credit.

Its hard to explain, but somehow the Game Boy name just works. A name that was good enough to not only make it out of Japan, but also good enough to be used for the next generation. Like the Family Computer, a lot of people in my country are still familiar with the Game Boy brand. Unlike the former, the latter is still remembered worldwide.

Akin to Sony simply naming their follow up to the Playstation as Playstation 2, Nintendo adding “Super” to their previously established names means that these new devices were better, newer versions of their classic video game console.

On the short term, this was much better than using the name NES 2. Decades later though, we can see how Sony’s naming convention was more sustainable. Lazy, yes, but sustainable. Nintendo considered Ultra as their follow up to Super, but what comes after that? Mega? Ultimate?

Sustainability is irrelevant though. The Super NES brand was as good a name as any for video game consoles. Another great name for Nintendo, who is still batting 100% up to this point. 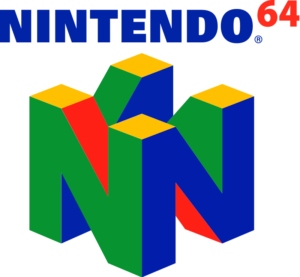 No matter how beloved this system is by Nintendo fans, I can’t argue that this was a good name. Sure, it conveys that the device is 64-bit, which became an important part of the conversation thanks to Sega. Held up to modern standards, you can’t say the name of this system without saying “Nintendo”, unlike everything else that came after it. Nintendo originally wanted the Ultra 64 name and I wish they stuck with it as that ages better than just Nintendo 64.

Even the name of this device is bad. “Boy” for me means this device is meant for kids but as it was a step towards virtual reality, it feels like this is for the older crowd. One could argue that this had the Boy brand because it was another portable console, but its not like you could fit this in your pocket. Maybe if Nintendo named this the Virtual Entertainment System, or something similar, it would have a good name at least. The device was a failure, and so was it’s name.

This device was a colored version of the Game Boy, and the name clearly says that. A good name mainly due to the strength of the Game Boy brand, Nintendo added the right word to describe the new device..

Finally, a name that can be said without needing to say “Nintendo”. A name that’s a good description of how the device looks like and isn’t a mouthful thanks to having just two syllables. It also conveys the emotion of fun, which is what the core of video games is. Gamecube works for me, and is actually one of my favorites when it comes to video game console names.

Another brilliant name by Nintendo. Similar to the use of Super for the SNES and Super Famicom, the word Advance meant this was an upgraded version of the Game Boy. It’s much better than naming it Game Boy 2, that’s for sure. Even if the name Super Game Boy were available (it wasn’t – Nintendo used this name for the accessory that allowed people to play Game Boy games on their SNES), I don’t think it would have worked as well as this one did. Score another one for Nintendo.

This is a name that’s easy to use when talking about the device. I even refer to this as “the SP” sometimes. I wish Nintendo remembered this name, they could have used it for another one of their devices that saw the release of an improved version.

With ten names for ten different devices, Nintendo has a score of 80%. Generally, I think most people would agree with my assessments, although I can see some people liking the Nintendo 64 name and moving this mark to 90%. The discussion isn’t over though. In Part 2, we’ll talk about the rest of their consoles. I’m pretty sure this score is going to go down. By how much? Read on to find out.