How WandaVision Sets Up the Future of the MCU
0 Comments

Originally, WandaVision wasn’t going to be the start of Phase 4 of the Marvel Cinemaric Universe. Black Widow was supposed to release last year but the pandemic got in the way. The Falcon/Winter Soldier series was also planned to release before WandaVision, but the pandemic resulted in a change of plans. I’m glad things turned out the way it did because by planting the seeds of several potential storylines that Marvel Studios can follow up on, WandaVision became an effective kick off for Phase 4.

Some of these storylines have obvious directions, while the others could go anywhere Kevin Feige wants them to go. Let me discuss each one of them here. Please note that these are all merely speculation. I am not a Marvel Studios insider nor am I connected with anyone. I’m just a big fan who loves this franchise and wants to see all the different ways it can grow and expand. 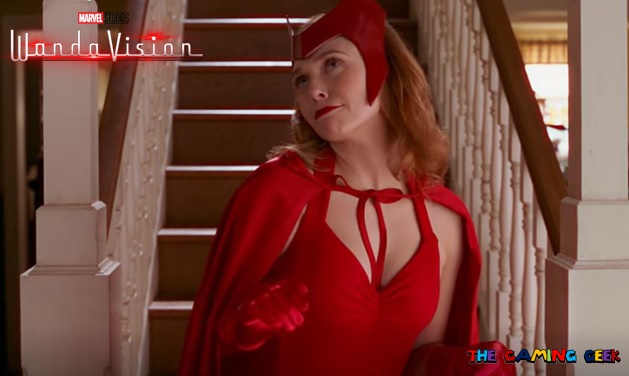 It’s public knowledge that Elizabeth Olsen is part of the cast of the Doctor Strange sequel, so we know that Marvel Studios isn’t done with the Scarlet Witch character. The question is, what role will she play in that film? Will she be an ally helping Strange deal with a new threat? Will she actually be the main antagonist? Or will she be that movie’s McGuffin, with Mordo or someone else looking to use her for their nefarious schemes?

That’s really as far as we can go with certainty. However, the Scarlet Witch has a long history in the Marvel comic books. Her most notable storyline has Wanda as the cause of the House of M event wherein she reshaped the entire world and made mutants the dominant species. This story lead into Decimation, with mutantkind becoming extinct.

Being a daughter of Magneto made Wanda closely tied to the X-Men. It’s possible for Marvel Studios to use the Scarlet Witch as a way of introducing the X-Men into the MCU. 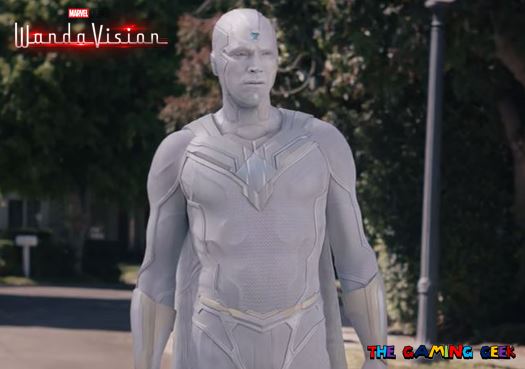 WandaVision features the revival of the Vision, but not all is right with him. Despite having access to all of his memories prior to his death, he chose to flee the scene rather than be by Wanda’s side. This Vision is supposed to be under the command of S.W.O.R.D., but we don’t exactly know who he will align himself with. Is this new, white-colored Vision going to go rogue? Will he be the villain in another superhero’s story? Will he instead form a new team of Avengers?

The white version of Vision also appeared in the comic books, but his history and storylines are a little more convoluted. A possible storyline direction for the Cinematic Universe could revolve around him attempting to regain his previous personality and emotions. This was never fully resolved in the comic books, with Vision getting killed during the Avengers Disassembled storyline.

Also in the comic books, the Young Avengers were formed by a young Kang the Conqueror, with guidance from Vision’s protocols – contingency plans for when the Avengers were disbanded or killed. I can see Marvel Studios taking a path closer to this. Instead of a young Kang, the Young Avengers could be lead by a reformed Vision who is following the experiences of his former self. Again, this is completely speculation on my part. There’s just a lot of different paths that Marvel can take when it comes to the resurrected Vision. 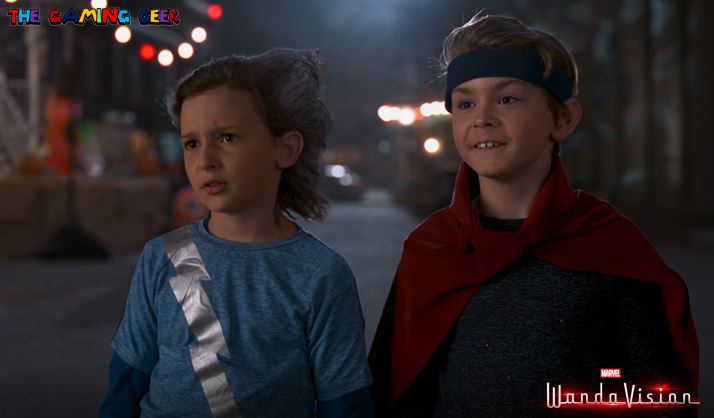 At the end of WandaVision, it seemed like Billy and Tommy faded together with Wanda’s reality altering spell. I don’t think this is the last we’ll see of the twins, though. Both characters are key members of the Young Avengers, and with Marvel Studios casting famous actresses in the roles of Cassie Lang and Kate Bishop, you know that they will be building up to the Young Avengers.

An end credits scene teased the Scarlet Witch hearing the twins pleading for help. This could be woven into the plot of the Doctor Strange sequel, but I doubt that the movie will focus on this. That is a Doctor Strange film after all. At the most, this could only serve as motivation for Wanda to do what she’ll do in that movie.

I definitely think that we’re going to see some versions of Billy and Tommy later on. Possibly reincarnated into older version of themselves, with no memories of the events of WandaVision. The Young Avengers comic books have a really good outline that can be implemented in the Cinematic Universe, with the twins eventually concluding their relationship with the Scarlet Witch and going on a search for her.

Doctor Strange was supposed to introduce the supernatural realm into the Marvel Cinematic Universe. However, the sequel seems to be directed towards the Multiverse instead. We know that Marvel has plans to reboot Blade with their announcement of Mahershala Ali’s casting. Blade’s universe revolves around vampires. In Marvel Comics lore, the first vampire was created using the Darkhold. Things are definitely adding up here.

Blade himself has been associated with a loose group of supernatural based superheroes called the Midnight Sons, the ranks of which have also included Doctor Strange and Ghost Rider. The Darkhold being introduced in the Marvel Cinematic Universe could be seeds of the supernatural realm already being expanded. 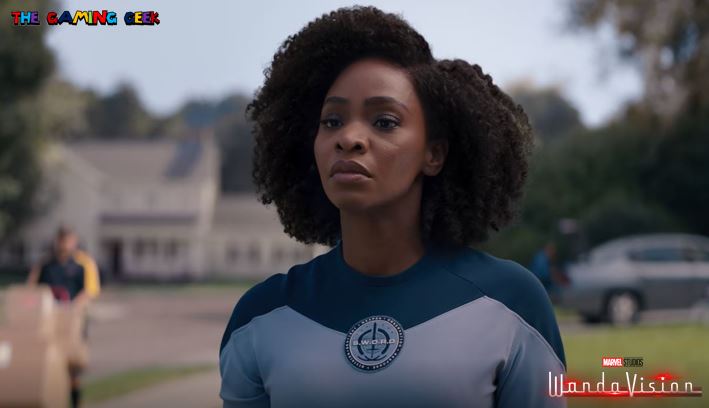 Marvel Studios assuredly has plans for Monica Rambeau, giving her character super powers in WandaVision. Exactly what her role will be, remains to be seen. We know that the Secret Invasion TV series is in the works, with Nick Fury and Talos the Skrull being major characters in it. It looks like she will join that TV series. She is also a confirmed cast member of the Captain Marvel sequel.

In the comic books, Monica also has a deep history, especially with the Avengers. She’s lead the Avengers at certain points and has operated under the Captain Marvel name even before Carol Danvers used it. In the short term, her participation in Secret Invasion and the Captain Marvel sequel could be setting her up for a bigger role if Marvel Studios will revive the Avengers brand. 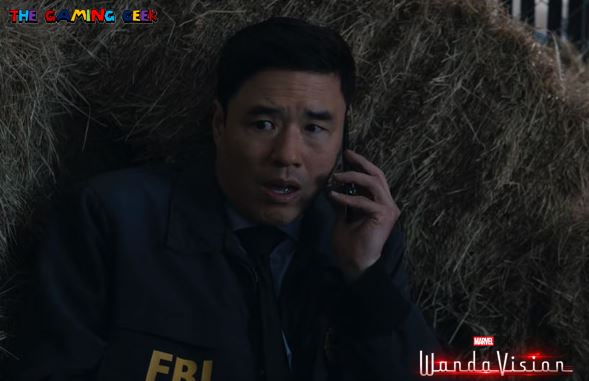 The Phase One movies had Agent Coulson as a common thread that helped weave those films together. With Phase Four marked as another kick off point, I think they would need another character that can fill that role. Jimmy Woo has now had direct interactions with two superheroes. I’m hoping that Marvel Studios has more plans for him.

Jimmy Woo is a great stand in. His appearance in WandaVision has made him a fan favorite already. He’s a capable character, but can also be viewed in a more humorous light. He definitely fits in the Coulson mold in my eyes. For me, it is easy to see Marvel Studios expanding on the character.

WandaVision was focused on the characters of Wanda and the Vision. I think the series did an excellent job looking at the motivations and experiences of the two characters. The series also put both characters in positions wherein follow up storylines could easily be written.

What I find impressive is how the series is able to plant seeds for other storylines. We know that it’s not the last we’ll see of Vision or Wanda. But we also know that there are other characters that can potentially be part of other Marvel Cinematic Universe stories. I don’t know if Black Widow or The Falcon and the Winter Soldier series would have done as much in starting Phase 4 as WandaVision has. What I do know is that WandaVision has done an excellent job at setting up the next phase of the Marvel Cinematic Universe.