Gamecube Games – The Lord of the Rings: The Two Towers
0 Comments

Here’s a look back at the games I enjoyed playing several years ago. Today let’s talk about The Lord of the Rings: The Two Towers on the Nintendo Gamecube.

I recently purchased a Wii after holding out for so long  – I didn’t want to spend a lot of money for something that I don’t really have a lot of time for – but I finally caved in. The main reason why I opted to go for a Wii instead of a PS3 or an Xbox 360 is because of the backwards-compatibility between the Wii and the Gamecube, as I didn’t want my Gamecube games to just go to waste because I changed game consoles. Now that I have a Wii, I’m looking at the Gamecube games that I’ve had for quite some time but was never able to finish and basically assessing what games are worth making some time for and what I should just skip in favor of playing actual Wii games. 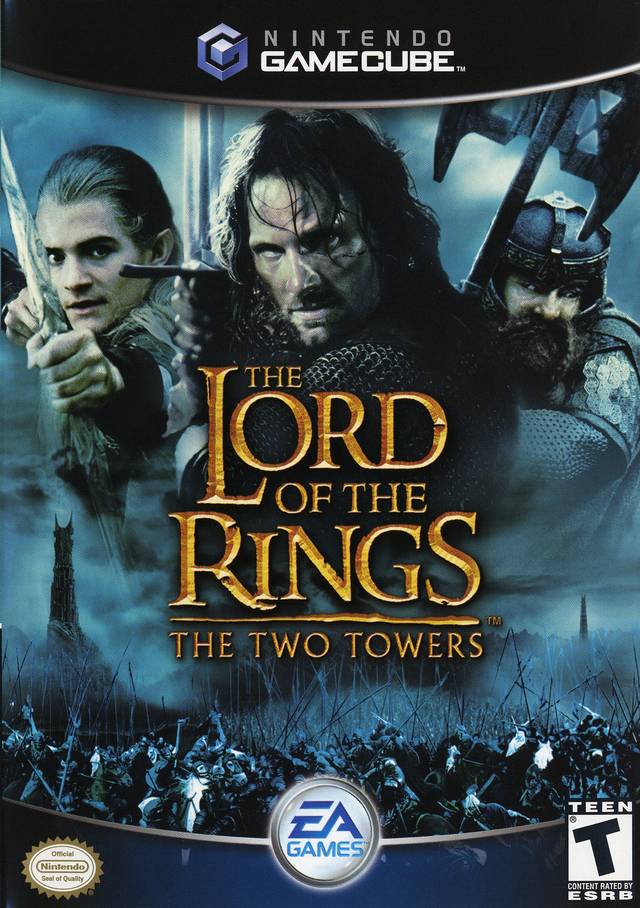 The first game on my list is Lord of the Rings: The Two Towers, a hack-and-slash game based on the Lord of the Rings movie franchise. This is the first Lord of the Rings game to come out for 6th-gen consoles, initially getting released in October 2002 for the Playstation 2 and in December 2002 on both the Xbox and the Gamecube. 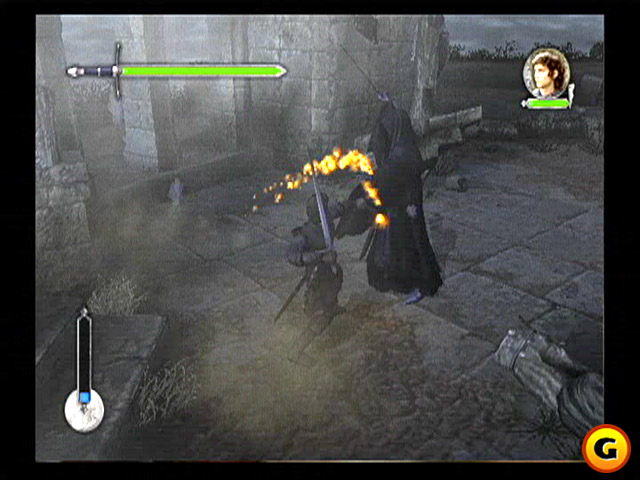 Aragorn fighting against the Nazgul at Weathertop.

The Two Towers allows players to control either Aragorn, Legolas, or Gimli in various scenes taken from the first two films in the trilogy, the more notable ones are the battle in Balin’s Tomb in the Mines of Moria, the battle at Amon Hen (where Frodo parted from the Fellowship and where Boromir died), and the various battles at Helm’s Deep. 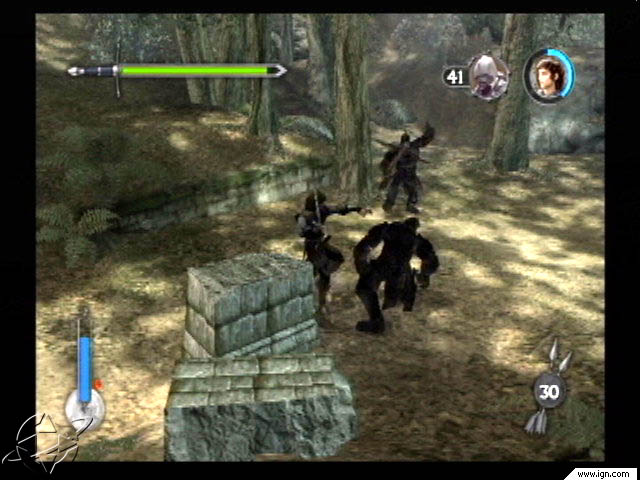 The game received above average review scores and sold well during it’s time, with an adjusted GameRankings.com score of 79.53% based on 30 reviews for the Gamecube version,  but is far from perfect. First of all, the game does not stand well on it’s own – in order to understand the story behind the game, you need to be familiar with either the lore of Lord of the Rings or at least the two films that it was based on, because it doesn’t capture the entire story that it was based on. In fact, the game is limited to the battle sequences of the main story. 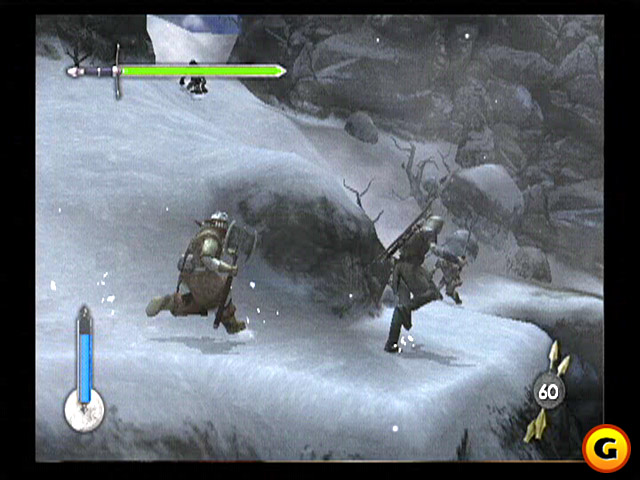 Legolas and the rest of the Fellowship, on their way to Moria.

Another criticism that I have (and has been mentioned in several reviews) is the game’s length – you can finish the game in under 5 hours. And when I mean finish, I don’t necessarily mean completely finish but complete the final mission under one character. I’ve actually “finished” it already, I beat the game’s final mission last week using Aragorn. But I haven’t completely finished it – I still have to beat that same mission using Legolas and Gimli, and unlock the secret missions for all three characters.

These actually work in my favor. I don’t have much time for video games nowadays, so I prefer a video game that doesn’t require a lot of time to play and complete. I can finish a stage of Two Towers in just 20-30 minutes and have room for other daily activities. And being limited to the battle sequences means that I don’t have to go through a lot of cut scenes and dialogue just to get to the action – I can immediately participate in any of the featured battles as I see fit.

And with the recent release of The Hobbit: An Unexpected Journey, I’ve had the sudden urge to slaughter hordes of Orcs. What better way to relieve stress than to step into the characters of Aragorn, Gimli, and Legolas and unleash myself against an almost endless wave of orcs? A decade-old game, the graphics haven’t aged well but the game still captures the good old hack-and-slash feel that only a few games can give you.