Here’s a look back at the games I enjoyed playing several years ago. The next game on my list is from a well-known Nintendo franchise – Star Fox: Assault for the Nintendo Gamecube. 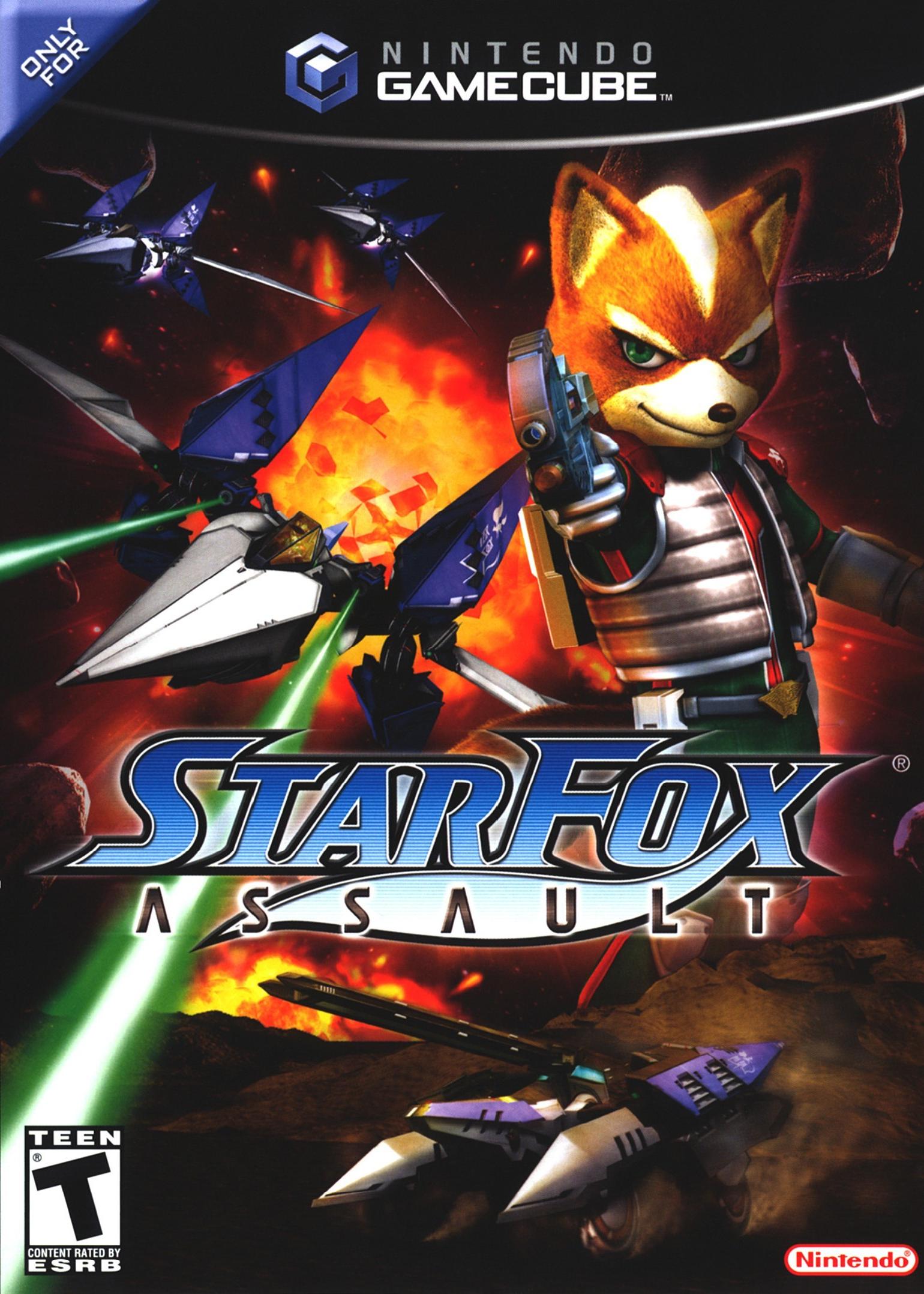 Star Fox is one of those famous Nintendo franchises that I never got the chance to play – I missed out on the original Star Fox on the Super Nintendo and Star Fox 64 on the Nintendo 64 – so I was eager to try this out despite the lackluster reviews. And I wasn’t disappointed.

Star Fox: Assault is the fourth game in the Star Fox franchise and the second one to appear on the Gamecube. In Star Fox: Assault, you take control of Fox McCloud as he leads the Star Fox team in various missions. In some missions, he’s piloting an Arwing (the signature spacecraft of the series). Most of the time, you get to fly the Arwing in free flight mode, but there are times when the game shifts to an on-rails shooting mode, with the Arwing on a fixed flight path that only allows you to move around the screen in order to dodge enemy projectiles and other obstacles. 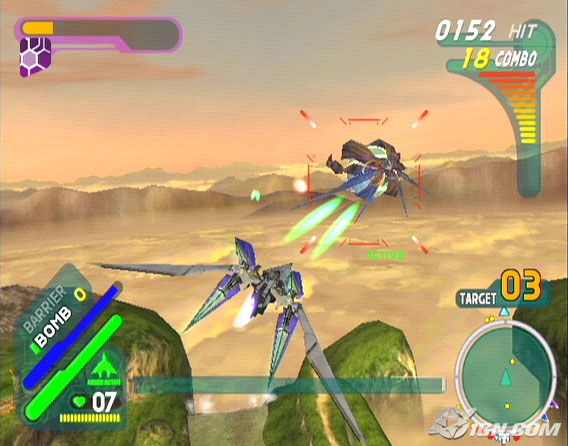 Then, there are missions that require Fox to explore the stages on foot, which shifts you into a 3rd person, over the shoulder shooting mode: 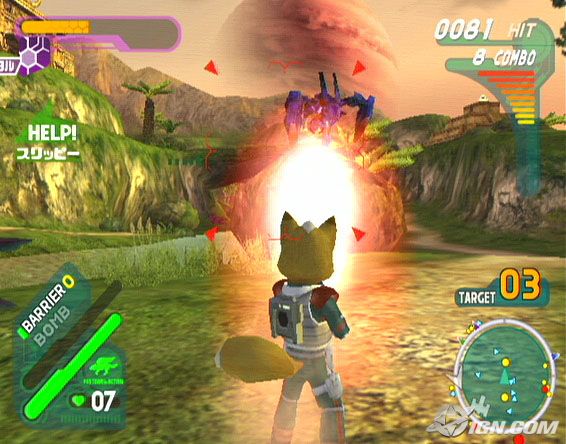 During the on foot missions, you usually have the Landmaster (the franchise’s signature tanks) or the Arwing on hand or even both of them, so any time during the mission you can just hop into the available vehicle and control that instead: 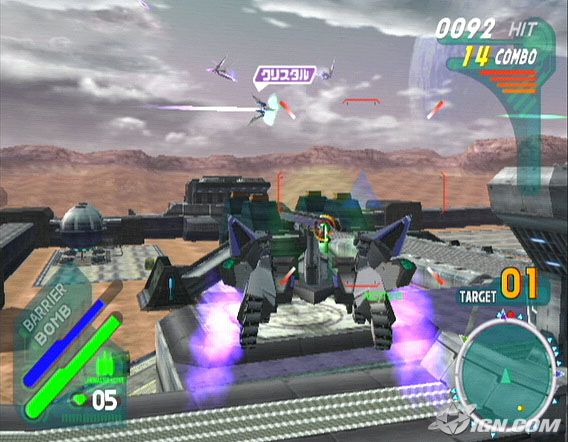 There are a total of ten missions in the single player mode, with three levels of difficulty to choose from. You can play these missions chronologically as part of a single Story mode, which while very short, got me really engaged. Finally, there’s a Multiplayer mode where two to four players can complete in battles that can involve only the pilots themselves, or with the vehicles.

I can see why the game garnered lackluster reviews though. First of all, the game strayed too far from what made the series famous in the first place – the aerial/space combat. While there’s a lot of that in this game, there’s also a lot of time spent on the land missions where the game is more of a third person over the shoulder shooter, and while I still like those parts, they’re not what Star Fox fans want. I can only wonder at the depth of the game if Nintendo/Namco focused solely on the vehicle missions and avoided the on foot missions altogether.

There are also issues with the game’s length and replayability – like I mentioned before, there are only ten missions available. I’ve only been playing this game for two days, and I’m already at the tenth mission at the Silver (moderate) difficulty level, at the brink of completing it! That’s a short single player campaign right there. Sure, unlocking the hidden features will require players to go through the missions several times, but for people who aren’t completists, this game will definitely be too short for their tastes.

It works to my advantage because I’m retrogaming and I have a lot of other Gamecube games to get through, but I can only imagine how players felt in 2005 about the game when this came out – was the ten mission single player campaign going to be worth the money? I’ve read about people raving about the depth of the multiplayer mode, but multiplayer gameplay really relies on the number of people who play the game, and after eight years I can’t say that there are enough people who still want to play Star Fox: Assault on multiplayer. 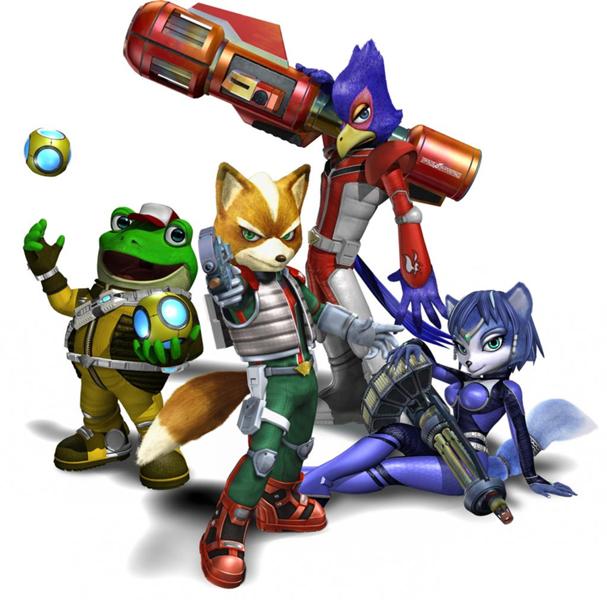 Looking back, sales of Star Fox: Assault weren’t very good, and that’s impacted the franchise negatively. As of date, only two other Star Fox games have come out – Star Fox Command for the Nintendo DS, and Star Fox 64 3D on the 3DS. We didn’t get a Star Fox title on the Wii, and there hasn’t been any word about a Star Fox game being developed on the Wii U. For what it’s worth, I like the game, and I don’t regret spending time on this. It didn’t make me a Star Fox fan, but I’d be happy to see the series get another chance on the Wii U regardless.