After mulling over it for quite some time, I decided on playing Gladius, a little-known turn-based strategy game that was made by LucasArts. I haven’t read much about this game, so I’m only going to write about what I’ve experienced in the limited time that I’ve been able to play this. 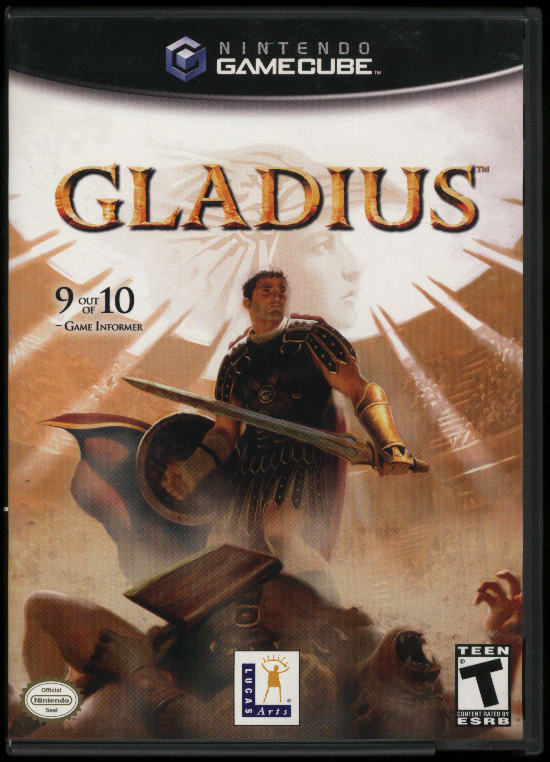 Gladius, as I mentioned before, is a turn-based strategy game that follows a game engine similar to Final Fantasy Tactics or Fire Emblem. To start the game, you’re asked to choose between Ursula, a warrior princess hailing from Nordagh which is somewhat a barbaric civilization, or Valens, a hero from Imperia, a country resembling ancient Greek/Roman civilizations. 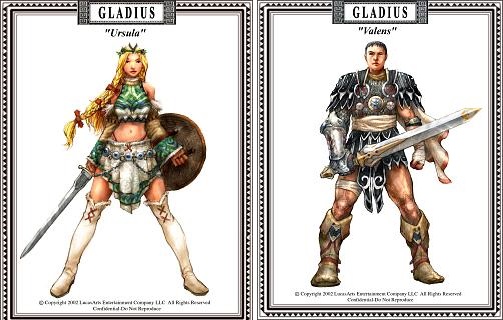 The two main protagonists of Gladius (from left): Ursula of Nordagh and Valens of Imperia

Whichever hero you choose, you’ll be tasked to run “schools of gladiators”. You need to recruit different characters and have them compete in different tournaments throughout the country. You’ll also be responsible for equipping your recruits appropriately, and determining their skills when they level up. Unlike Fire Emblem, or even Final Fantasy Tactics, there are very few named characters available – the majority of the characters that you’ll be recruiting are generic ones that do not have any specific storylines. 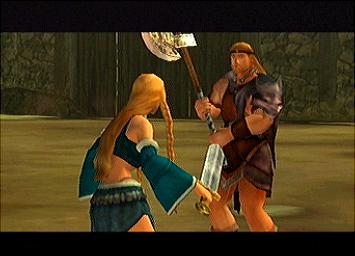 Ursula and Urlan, your first two heroes when you choose Ursula as your main hero.

Right now, I have 4 characters in my “school”: Ursula, her brother Urlan, and two recruits that I don’t really care much about because they’re just generic characters that I hired for their function. It’s a bad thing in that regard because I don’t feel any kind of attachment to them – I don’t really care if they die, I can always recruit other characters with similar classes. They seem to be randomly-generated anyway. But it is an advantage in terms of gameplay, as the game does not force me to play characters of certain classes, unlike in Fire Emblem for example, where you only have one sniper available to you. 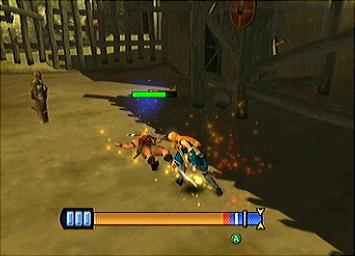 The bar in the lower center of the screen is the game’s swing meter.

What sets Gladius apart is the swing meter. In most RPGs and turn-based strategy games, whether your characters hit with their attacks or not is based on the attributes of your weapons and characters as well as the attributes of your opponents. Taking all those numbers into consideration, games would use several randomization rules and calculations to determine whether your attacks hit or miss. Gladius allows you to have more control in this aspect by letting you use the swing meter. Basically, a meter is displayed when you attack, and a line will start moving from left to right. Pressing the A button stops this line; if you stop the line within the yellow portion of the bar, your attack hits. If you stop the line in the red portion of the bar, you get a critical hit. Going beyond the red portion is the blue portion – if the line reaches that part, your attack misses.

I’ve already played the game for more than 8 hours and so far I’m still working my way through winning the tournaments in the first area, Nordagh. Nothing much has happened in terms of the storyline, but I’ve been engaged enough to keep playing it. It’s actually one of two games that are taking up most of my console playtime (the other one being The Beatles Rock Band on Wii). I think I’ll be entertained enough to keep playing this to the end.