I don’t know why but something about X-Men: Wolverine’s Rage made me want to try playing it. Despite the previous two X-Men games on the Game Boy Color being really bad, I still wanted to try this one out. Well, it wasn’t a good idea. 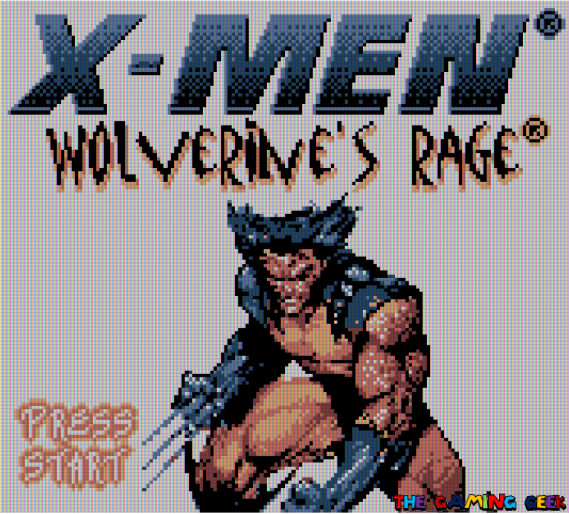 Let’s talk about the game today.

X-Men: Wolverine’s Rage is an action platformer that was developed by Digital Eclipse and published by Activision for the Nintendo Game Boy Color. Despite being branded as an X-Men game, this is focused on a Wolverine story. While away from the X-Men, our hero gets a psychic message from Professor X, who warned him that one of his archenemies Lady Deathstrike is working on a machine that can liquefy adamantium. 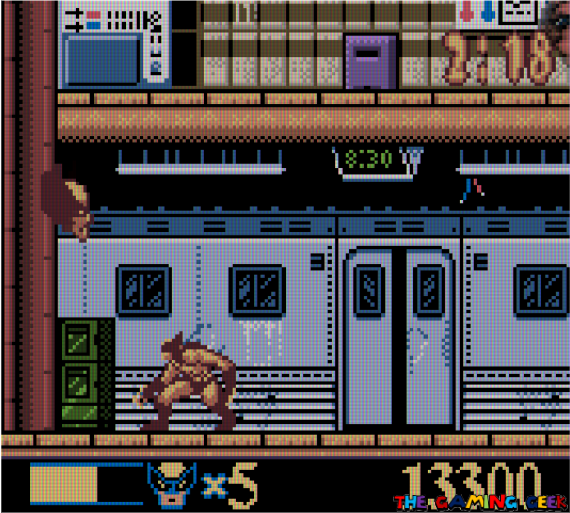 That Wolverine head will give you an extra life.

In the game, you have a health meter that depletes every time you get attacked by an enemy or a stage hazard. When it is depleted completely, you lose a life. You start the game with five lives and can gain more by obtaining extra life power ups. There is a power up that also replenishes health, but it is quite rare. And Wolverine has his healing factor in the game, but it is very slow. 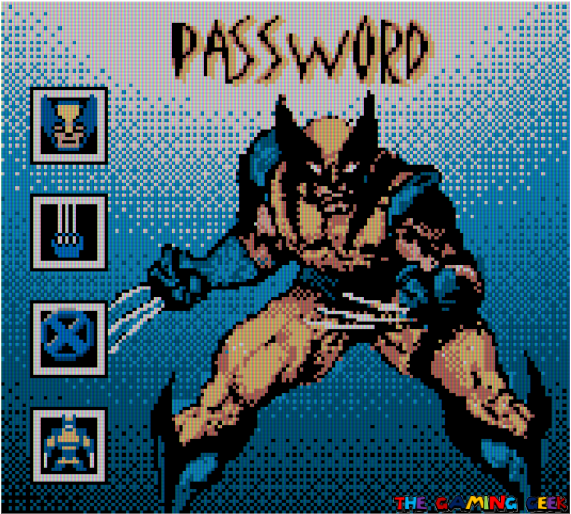 One of the passwords for the game. Try it out!

When you run out of lives, it’s game over – there are no continues. However, the game has a password system. You’ll get a password after beating certain stages, so for as long as you can get to those points, you can continue your progress from there.

One of the issues that I have with X-Men: Wolverine’s Rage is how limited his moves are. The D-Pad moves him; left and right makes him walk in that direction and down makes him crouch. Some ledges have arrow-like markings; he can grab onto them when he touches them. If you press up while grabbing a ledge, you’ll pull yourself up. The platforming in this game relies a lot on this mechanic. 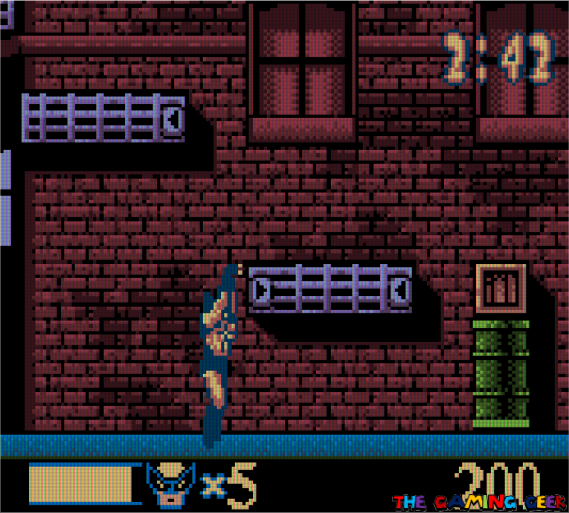 You can grab unto ledges that are marked with arrows.

The A button makes Wolverine jump, and the B button is for attacking. Wolverine only has three basic attacks: a standing attack, a crouching attack, and a jumping attack. His most powerful attack is the jumping attack, so you’ll need to master it. Despite this, the combat wasn’t satisfying for me. You’ll need to hit most enemies multiple times to defeat them. They don’t get knocked down or get incapacitated, so they can counterattack right away. It’s hard to avoid damage in this game. 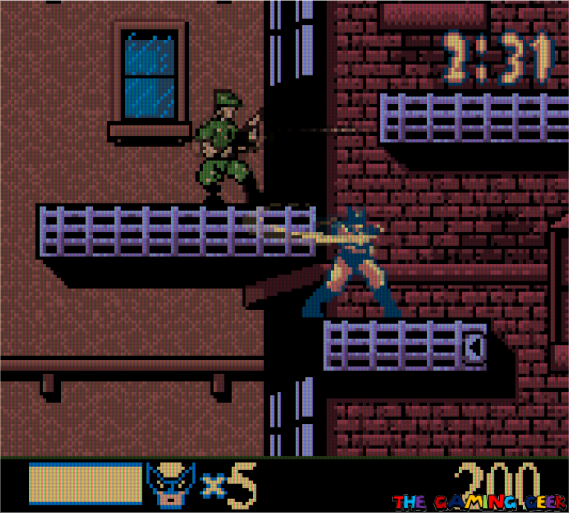 With health power ups being rare, your healing factor would have been helpful. But it’s much too slow, and most stages have really short time limits (more on this later). Because of this, most battles ended up going like this: jump attack, jump again to dodge, jump attack. There are only a few types of enemies, and stages rarely had more than two types, so this became really repetitive, really fast.

I was quite disappointed with what X-Men: Wolverine’s Rage had to offer in terms of platforming. Essentially, stages are simply a set of platforms arranged in different ways. Aside from moving platforms every now and then, the game doesn’t offer anything more, such as secret passages or special challenges to navigate. Instead, the developers implemented really tight time limits per stage. They also designed some stages in such a way that when you fall or fail to make a jump, you’ll fall all the way down to the point where you started. 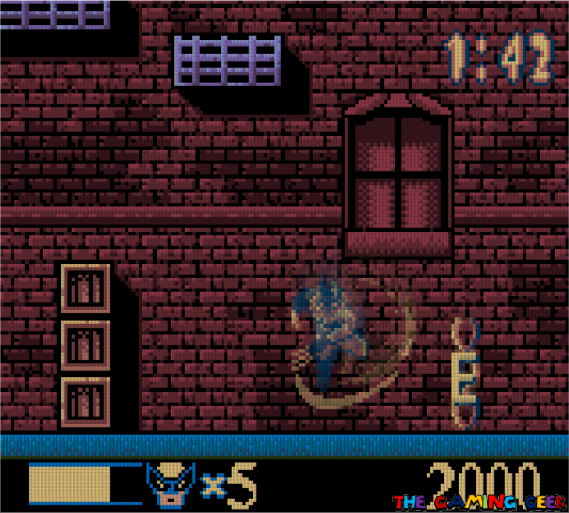 You need to find the E icon to finish each stage.

Instead of getting interesting platforming design, what you’ll get is really basic that was made challenging because the time limits will put pressure on you. And if you fail too many times, you probably won’t have enough time to make it to the end of the level. Add the generic enemies who are almost guaranteed to land hits on you, and the game becomes a frustrating challenge. 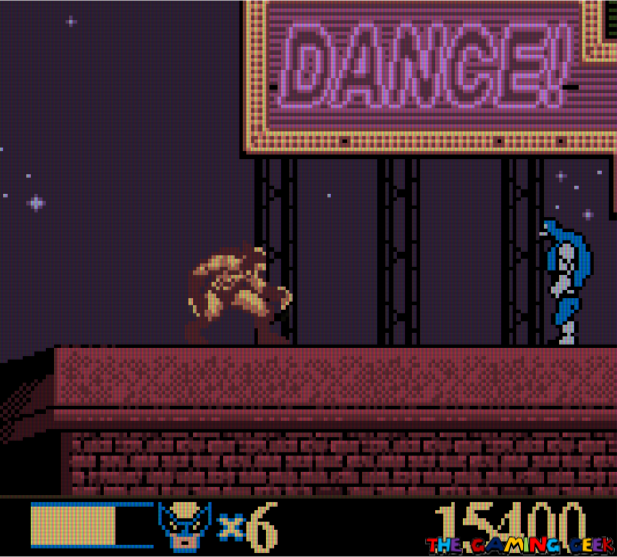 The boss battles are also quite bland, but in a different way. You fight classic Wolverine enemies like Cyber, Lady Deathstrike, Sabretooth, and… I’m not going to spoil the final boss battle. These sequences are the ones that I really look forward to when playing a superhero-themed video game, but even these managed to disappoint me. The three bosses have similar lunging attacks and patterns. And, in a reverse of what happens in regular stages, these fights don’t have any time restrictions. 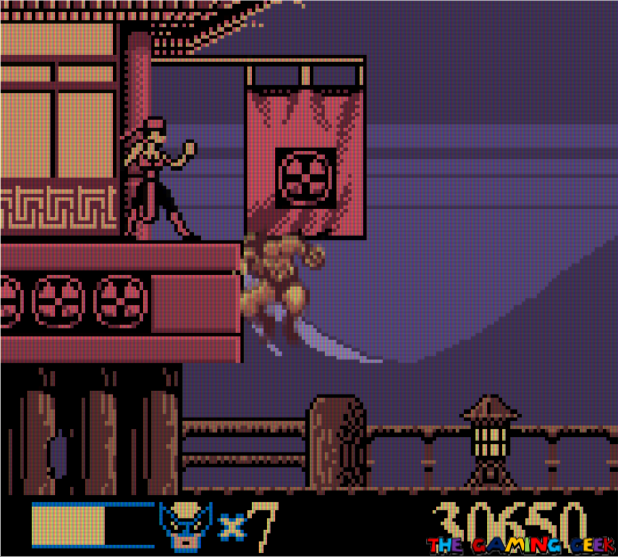 If you can manage to move away from the boss that you’re fighting, there’s a chance that they won’t chase after you. So all you need to do is sit tight and wait for your healing factor to fill up your health meter. And that’s it, rinse and repeat.

The graphics of X-Men: Wolverine’s Rage for me is a mixed bag. I really liked how each stage looked like. They had a lot of detail both in the foreground and the background, and made really good use of color on the Game Boy Color. The sprites in the game don’t look very good though. Wolverine’s sprite doesn’t even have any blacks! And there’s this weird motion blur that happens that I didn’t experience with other GBC games. The motion blur didn’t bother me as much as not being able to tell what I’m fighting against clearly enough. 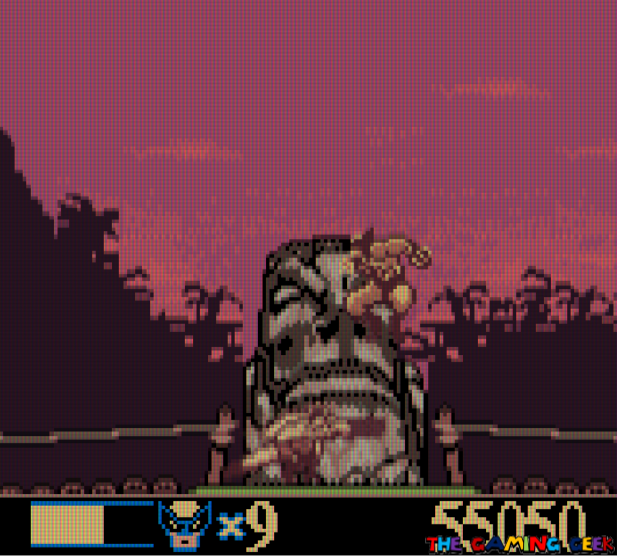 The music of this game is pretty good. The music in the game’s introduction sequence is what actually convinced me to truly play this game. I wish the sound effects were better, though. What they chose for Wolverine’s claw attacks don’t really fit the action being done. And there isn’t any effect that plays when you hit enemies, so it feels weird. 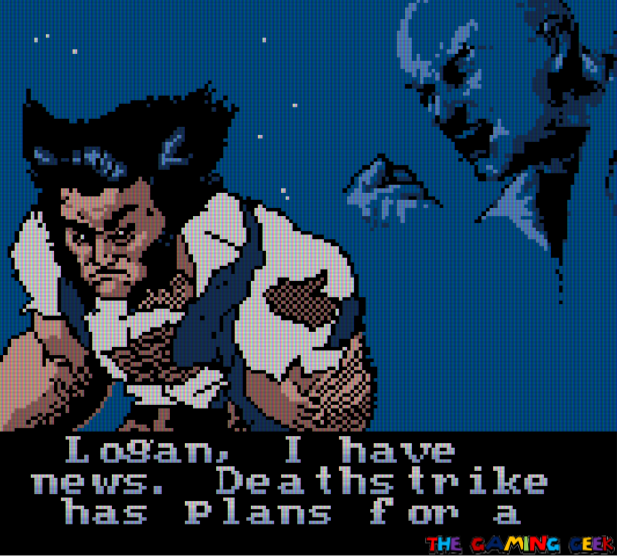 What this game really does well is how polished it is. This game makes use of a lot of good artwork in it’s splash screens and cutscenes. Aside from having good music in the opening sequence, I was also drawn to this game because of how good the art was in these scenes. As for everything else, this game is par for the course with readable fonts and a simple but decent HUD.

It’s going to be easy for me to say that X-Men: Wolverine’s Rage is the best X-Men game available on the Game Boy Color. That’s because the first two were terrible, and this one is mediocre. There’s nothing broken about this game. But by the time this game out, you’d expect developers to put in a little more substance than what this game has. And frankly, there are a lot of older NES games that offer better gameplay than this.

So while X-Men: Wolverine’s Rage is still a decent game, it’s hard for me to recommend it because you might feel like you wasted your time. There are a lot of other games that are better and more fun that you could be spending your time on instead. Skip this one if you have the option to play other titles.