It’s rare to find any horror-related games on Nintendo consoles, so when I found out that the Game Boy Color had Resident Evil Gaiden, I was quite interested. So I took advantage of the first opportunity that I had to play it. 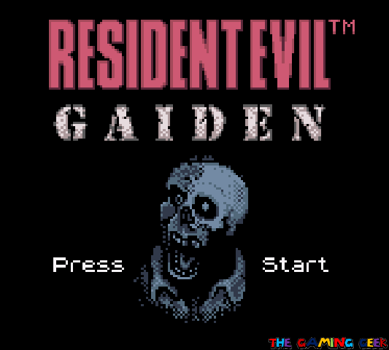 Let’s talk about my experience with Capcom’s attempt at a portable survival horror game.

Resident Evil Gaiden is a Resident Evil spin-off game developed by M4 with the help of Capcom. It’s hard to determine what genre this game belongs to. Categorically, it’s survival horror, but it’s not scary. It’s not an action game because the combat system is quite different from what you experience in action games. The game uses a top down perspective and takes place on an abandoned ocean liner. 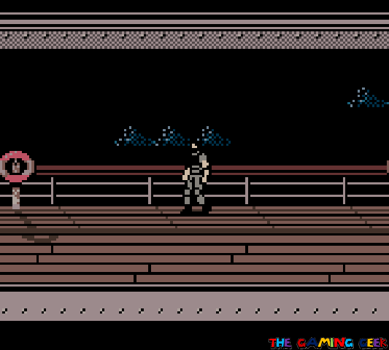 Most of the game takes place on an ocean liner.

You take on the role of Barry Burton. He is given the mission of finding and saving Leon S. Kennedy, as well as eliminating a rogue B.O.W. on the ship. The gameplay loop revolves around going to specific areas on the ship, sometimes needing to find specific items so that you can progress. Along the way, you’ll end up fighting a few types of zombies as well as other evolved B.O.W. forms. 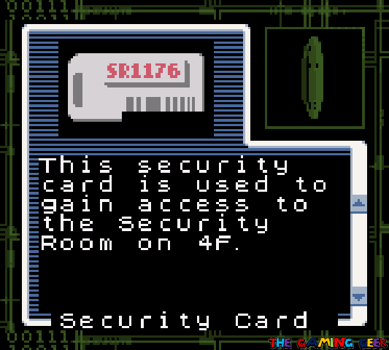 You’ll need to find several items in order to progress in the game.

You have a health meter in the game, but you only have one life. It’s game over any time your health meter is completely depleted. The game does have a save system and has three save slots. However, you can only save your progress during specific parts of the game.

An Attempt at Horror

I understand that it’s hard to come up with a horror video game for a handheld gaming system during this era. For the audience to be scared, a certain level of technology is needed for immersion. Resident Evil Gaiden doesn’t work well in that aspect because of the limited capabilities of the Game Boy Color. 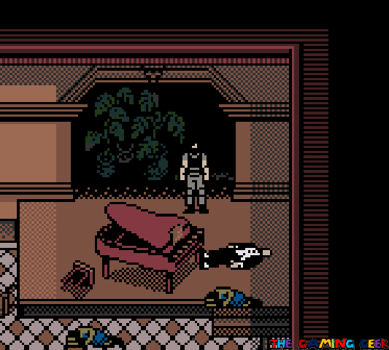 But the game does try, as seen in it’s art direction. All areas of the ship are in ruins, and there are dead bodies all over. There is no one alive that you can interact with, barring a few special characters that I’ll talk about later. The game looks scary, but it’s not scary.

The bigger problem lies with the state of the Resident Evil franchise when this game came out, so I can’t blame the developers fully. But I do thing that they could have made this game a little more scary. Implementing some jump scare moments or quick time events could help increase the tension for players.

My biggest problem with Resident Evil Gaiden involves the combat system. Basically, combat is initiated via two ways. The first is when the enemies attack you. You can initiate combat by pulling up your weapon and aiming a reticle before letting go of the attack button. This shifts the game to first person. Here, you’ll be able to tell how far your enemies are. 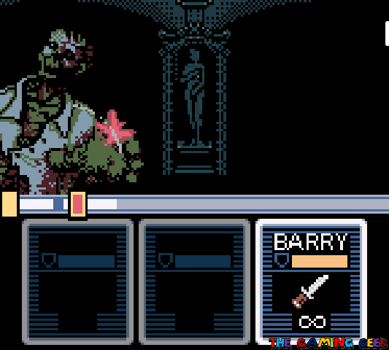 Combat in this game is timing based.

You’ll see a bar in the middle of the screen, as well as a cursor that is constantly moving left and right. In order to attack an enemy, you need to press the attack button when the cursor is inside a white bar below the enemy. If you’ve got perfect timing, you can aim for the center of the white bar for critical hits. Later on, other characters can join Barry. You can equip different weapons to them, and switch between the characters in the middle of combat.

I hate this system. First, it makes the game inaccessible to people who struggle with timing-based challenges. Second, ammunition in the game is quite limited so you could get stuck with just a knife because you keep missing your targets. It’s also hard when dealing with more than one enemy.

I wish the developers used different combat mechanics. One idea is to just make battles into shooting games. It worked for the Punisher on Game Boy, so I’m sure it would work here. Another idea is to turn combat turn-based, like an RPG. It’s already got an item system, as well as a party system with more than one character. Turning it into a turn-based affair would have been a good callback to Sweet Home, the game that inspired Resident Evil.

I actually liked how Resident Evil Gaiden looked. Despite the Game Boy Color’s limitations, the game’s sprites and backgrounds were quite detailed. It’s easy to understand what each sprite is representing, even the dead corpses littered around the ship. The game has good use of color and even has some decent lighting effects. Although there are only a few zombie types that you had to fight, I’m not sure if this was a graphical limitation or a game design limitation. 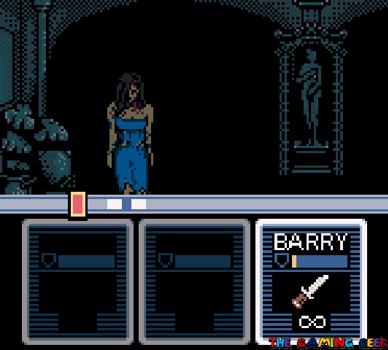 The game’s female zombies remind me a little of one of Jill Valentine’s costumes.

I wish I could say the same when it comes to this game’s sound design. I rarely get turned off by a game’s music, but this game made me want to play the entirety on low volume. There are some decent tracks here, but I hated most of what this game has to offer. I think the developers were going with something minimalistic, but what they came up with gave me the impression that they never really figured out how the sound chips of the Game Boy Color works. Around half the time, I felt like I was listening to incomplete tracks. 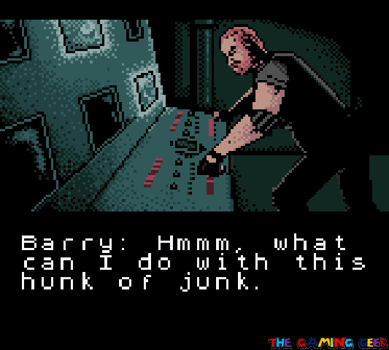 This game has a lot of cutscenes that help tell it’s story.

This game does better when it comes to presentation. Menus are easy to navigate, fonts are readable and clear, and the overall design is okay. I love that the game has a lot of cutscenes. They help explain the game’s storyline effectively. And they look good, considering the aforementioned limitations of the device that the game was made for.

There’s nothing really broken with Resident Evil Gaiden. It’s basic gameplay loop does recreate the Resident Evil experience well – you go from place to place, finding items that will let you go farther. You’re largely on your own, in a game world that’s gone to ruins thanks to a biohazard. Generally, the game’s mechanics are solid. And the story is quite decent too, despite now being considered as non-canon. Heck, putting Barry Burton in the lead role earned a lot of bonus points for me.

But my feelings for this game is mainly due to me disliking, even hating, one major aspect of the game: the combat mechanics. I can tolerate the game’s music, but when half the game experience is going into battles that I don’t enjoy, well, then I’m probably not going to enjoy the game. I see this game in several “Best of” lists for the Game Boy Color. So I guess Resident Evil Gaiden is an acquired taste.

The horror elements of this game are weak. The story is non-canon, so it’s not important to the Resident Evil lore. There are much better action and adventure games on the Game Boy Color. So, I can only recommend this game to die hard Resident Evil fans who will play anything from that franchise. Everyone else can skip this game.

For more video games in the Resident Evil franchise, click here. And click here to check out every Game Boy Color video game that I’ve played.