While it wasn’t well received, I liked the Fantastic Four movie that was released in 2005. It didn’t take itself that seriously and had good representations of most of the key characters. I also think that the main characters could be represent well in a video game, given their different powers and abilities. So I was quite interested in the few games that were released that were based on the franchise. Today, I’m going to talk about the first Fantastic Four video game that was released for the Nintendo Game Boy Advance. 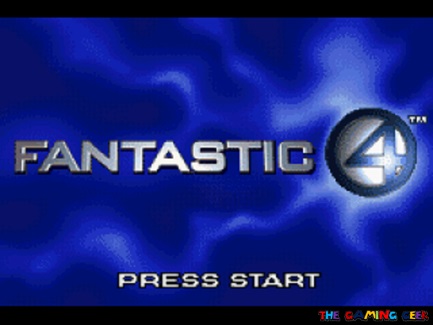 Title screen for Fantastic Four on the Game Boy Advance.

There were several versions of the Fantastic Four video games released for the consoles at that time. The Game Boy Advance version was developed by Torus Games and published by Activision. This version is a beat ’em up game where you could play as each of the four main characters.

The game is presented to give a 3/4 isometric perspective, so each stage has a 3D feel to it even though it doesn’t use 3D polygons. Each level is divided into sections. All sections, except boss fights, involve two of the four members of the team. The members involved are pre-determined, and the levels are designed with each member’s abilities. You only control one of the pair, but can easily swap between the two by pressing L. The remaining character is controlled by the game’s AI.

The game follows the plot of the 2005 film closely, even reenacting some of the movie’s important moments. However, the game also manages to include subplots that are not part of the movie. These subplots revolve around the Fantastic Four being called upon for help by the local authorities. By adding these sections, the game is able to make use of villains that are based on the Fantastic Four comic books.

Some of the film’s important scenes are recreated in the game.

The members of the Fantastic Four don’t have the ability to jump, so the two available face buttons are assigned to two different attacks. Each member also has a special attack that you execute by pressing B and then A in succession, and a super attack that drains their power meter. Finally, they all have the ability to block attacks by pressing the R button. The developers made some effort in differentiating each member in their design, and I did appreciate this.

Mr. Fantastic can stretch himself and cross gaps. He can get through some obstacles by stretching himself thin, allowing him to fit in tight spaces. His attack animations also show his stretching ability, but I didn’t feel any impact.

Mr. Fantastic’s ability allows him to become a bridge for his teammates.

He can also hack different security systems, and this is represented by short puzzles requiring you to match different patterns. 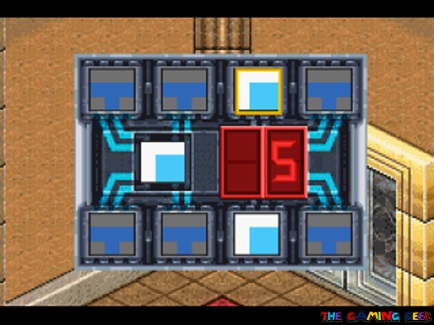 Levels with Mr. Fantastic usually involve short puzzles that you need to solve in order to progress.

The Human Torch can fly over hazardous terrain, like electrified floors. He can’t fly over gaps though. One of his regular attacks involve throwing a fireball. He’s the only member that has a ranged attack as a regular move. One of his special attacks is a barrage of fireballs. This is actually one of my favorite moves in the game as it can deal a lot of damage quickly.

The Human Torch can fly and toss fireballs. As the team’s primary ranged fighter, I often use him in boss fights.

The Invisible Woman turns invisible if you tap the R button twice. This ability is primarily used to sneak past security cameras, but you can use this to sneak up to enemies too. When she blocks, she emits a force field that can also protect her teammates. She can throw out a force projectile as a ranged special attack.

The Invisible Woman can turn invisible and cast force fields for protection.

Finally, the Thing can destroy barriers that the others can’t. He’s the toughest member and can soak more damage than the others. Some of the objects in the game can only be lifted by him too. He’s pretty basic in terms of gameplay, but that’s a good representation of the character.

I have to be honest – I hated this period of video games. Developers, in trying to give their Game Boy Advance games a home console aesthetic, started using sprites of 3D models. And honestly, it doesn’t work as well as traditional 2D sprites. The graphics of Fantastic Four are okay in terms of detail, but I think this would have looked much better with classic pixel sprites instead.

Despite decent looking sprites, they are animated poorly and the actions are choppy. Combat looks like a claymation battle done by amateurs. It’s also hard to tell if you’re getting hit because sometimes, your character doesn’t react at all. There are hit effect graphics, but they’re colored white so they don’t pop out at you. This makes the game’s action feel boring and repetitive.

The game’s music is fine, but unremarkable. I liked the voice clips of the Human Torch, who shouts “Flame on” every time you use his fireball barrage, and the Thing, who says his famous catchphrase. But I hated a lot of the other sound effects, especially when you’re hitting the generic robot enemies. I hate the sound of pots and pans banging together, and that’s how punching these robots sound.

They recreated how the Fantastic Four got their powers in the opening cutscene.

I have a soft spot for games that respect the source material, so I loved it every time this game referenced the film. The developers recreated the incident with the Thing at the bridge, and him losing his powers and getting it back. They even recreated the final battle with Dr. Doom wherein each member used his/her powers to disable him. They also used stills from the movie in the opening cutscene.

Fantastic and Not So Fantastic Ideas

Again, I liked how the developers tried to make each character play differently, but not everything worked out. Because your characters for each level and section are pre-determined, the obstacles in those levels feel like they’re there so there’s an excuse to use each members abilities. I think this game would have been better if levels were non-linear and you were allowed to choose any of the Fantastic Four to play them. Your experience of the levels would then be different as each member would have access to different paths.

You get to fight the mad alchemist, Diablo, and the subterranean Mole Man and his Moloids in this game.

I did like splitting the team up in pairs. The manner in which I approached each section depended on which two members I had available. However, not everyone’s abilities translate well in a battle focused game. It’s weird to see the Invisible Woman trading punches with robots. I did have specific uses for the three members – Human Torch for long ranged attacks, Invisible Woman for defensive force fields, and the Thing for brawling. I only used Mr. Fantastic if there were gaps or puzzles. I wonder if the Fantastic Four plays better as a tactical RPG or a turn-based RPG.

I liked how other Fantastic Four villains were inserted in the game. In the movie, it did take Reed Richards a long time to build the machine that he was building for the Thing. In this game, while waiting for progress on the machine, they took on these side missions. That allowed villains such as Blastaar, Annihilus, and the Mole Man to appear.

It would have been easier to hate Fantastic Four, but I don’t. It’s not a good game though. The game itself is very repetitive and the graphics and sounds range from bad to mediocre. However, I can’t help but give it points for respecting the source material. Playing this game reminded me of the 2005 film, and I liked that film. I liked playing as the entire team in the boss battles, and I liked the interactions and dynamics between the different pairs that the game made me use.