The last time we saw Loki was in Avengers: Endgame. That’s more than two years ago, if we start counting from that movie’s original release date. So there’s a good chance that people have forgotten important details about the character. Based on the various trailers for Loki’s new TV show on Disney Plus, we’re also going to see completely new characters.

I think this is a good opportunity to refresh audiences on the titular character, as well as talk about potential teasers that will make people more interested in Marvel’s latest offering. Marvel Cinematic Universe films and TV shows require good knowledge of it’s history, so I’m here to help make sure that you’ll enjoy Loki when it comes out.

Loki’s sharing the spotlight with Mobius, played by Owen Wilson.

Not the Loki That We Used to Know

This may not be clear to everyone, so let me say this explicitly. The version of Loki in this series isn’t the Loki that we know, at least not the one in the most recent Marvel Studios films. This Loki is fresh from his failed invasion of New York City, and has not experienced important events that contributed to the growth of his character.

Why is this important to remember? You might be walking into this series expecting the Loki from Avengers: Endgame and be disappointed with this villainous version. Well, this Loki hasn’t experienced being imprisoned for months in Asgard’s jail. He wasn’t helpless in preventing the death of his mother, Frigga. He didn’t banish his adoptive father Odin, who died shortly after reuniting with his sons.

This Loki “variant” isn’t the same one who helped Thor in The Dark World and Ragnarok.

This isn’t the Loki that had a heartfelt talk with Thor, where the latter explicitly said that he’d already given up on Loki changing for the better. And he didn’t witness the destruction of the planet that he’d called home for most of his life. This Loki wouldn’t sacrifice his own life to save Thor’s.

The Loki that we’ll get in the new Disney Plus is still the scheming bad guy who hasn’t learned important lessons yet. If you like that version of Loki, great! If not, you may have to temper your expectations a little. Although, come to think of it, isn’t Loki popular because he’s a villain? A heroic Loki might stand out less, so maybe a villainous Loki is the right version to go with.

Forgive me if I still go into this, but a few of you may have already forgotten this from Avengers: Endgame. When Bruce Banner attempted to “borrow” the Time Stone from the Ancient One, they had explicitly discussed the dangers of not returning these stones in their respective timelines. This is the reason why Steve Rogers went on his solo mission to return all six Infinity Stones that they used to undo the Blip. 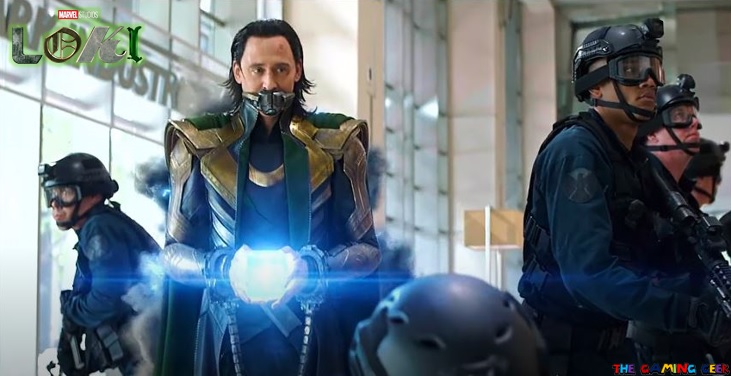 Escaping with the Tesseract may have given Loki bigger problems.

But they lost one of the Infinity Stones when this version of Loki escaped with the Tesseract. They had to get another version of the Tesseract from another timeline, and that’s the one that Steve Rogers returned. With the Tesseract from 2012’s New York missing, the disaster that the Ancient One warned about could take place. How did Loki break reality exactly? We don’t know for certain. We’ll need to watch this TV series to find out.

Mobius M. Mobius and the TVA

Owen Wilson is the latest big name actor to join the Marvel Studios family. He is playing Mobius M. Mobius, a character so obscure, his Wikipedia bio is only three sentences long. He’s an analyst at the TVA, which is the acronym for the Time Variance Authority. This organization claims to be monitoring the “multiverse”, dealing with any major threats that they identify.

Admittedly, I don’t know a lot about this organization. They never really factored in big storylines during the time that I was really into Marvel Comics. To me, these are “clean slate” characters – blank canvasses that Marvel Studios can paint into anything they want. I did learn a few interesting tidbits about them though, which may become possible tie-ins to future Marvel films and shows. 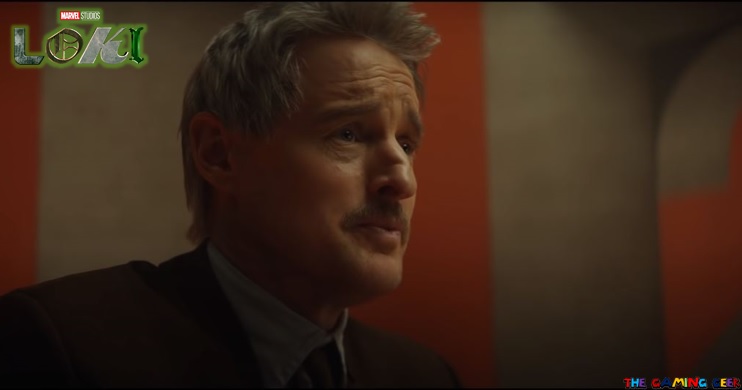 Owen Wilson should be getting a lot of freedom on how he wants to approach the character of Mobius M. Mobius.

Before I get into those, I want to point out the pros and cons of clean slate characters. One advantage is, because only the most hardcore comic book fans know who they are. So there are only a few people who may get disappointed in how the Marvel Studios versions are depicted. The producers can take any direction they want to go with these characters.  The disadvantage is, they don’t have a wealth of source material to use as a foundation. Marvel Studios has been hiring creative people, so lets hope they did the same for Loki.

Tying Into the Future

The first tidbit is obvious. The TVA deals with the multiverses, which is what Doctor Strange will have to deal with in his sequel. We don’t know how connected the Loki series will be to the upcoming movie. However, this series may have some plot points that will be important to know in order to appreciate the next Doctor Strange film.

The major villain in the upcoming Ant-Man and the Wasp: Quantummania film is called Kang the Conqueror. This guy, he’s someone I definitely know. He’s been an Avengers villain in the comic books since 1964. Major Avengers storylines have revolved around this character. He’s basically a time travelling dictator from a distant future timeline who keeps wanting to test his might against Earth’s Mightiest Heroes. And Kang has ties to Ravonna Lexus Renslayer, a character who will appear in the Loki series.

There may be other threads connecting Loki to the rest of Phase Four. But just with these two, it looks like the series will be a required watch in order to understand everything that is to come.

Although there hasn’t been a formal announcement, there’s been a lot of noise online about Loki going beyond one season. Production Weekly has “Loki 02” in it’s list of upcoming productions, released last November 2020. Deadline reported that Michael Waldron, head writer for Loki and co-writer for the Doctor Strange sequel, signed a deal with Disney that involves him writing a new Star Wars movie as well as being involved in a second season of Loki.

Without an official announcement, we can’t say that this is certain. But you know what they say about smoke and fire, and this is definitely a thick trail of smoke. If this is all true, I’m seeing a few things from this.

First is that Disney and Marvel Studios seem to like Waldron’s Loki script a lot. They wouldn’t give him reins to a new Star Wars movie if they didn’t. The first season of Loki hasn’t even aired yet, and they still proceeded to ink a new deal. The second thing is that there’s going to be a new Star Wars movie! And they’re bringing talent from the Marvel side of Disney over to the Star Wars side. I hope that can only yield good results.

I’m a big Marvel Cinematic Universe fan, but even I can’t tell you that Loki is going to be good without seeing it first. Will it be good? I don’t know. It has the potential to be good, as everything under Marvel Studios has been.

What I can say with certainty is this. From a storytelling perspective, it looks like the first season of Loki will have plot threads that will be important to know if you plan on watching the rest of the Phase 4 movies. You’ve got a few days to figure out how to watch this show when it airs on Disney Plus. I suggest you use that time well so you won’t miss out.