Familiar Wife is another Korean television drama series that my wife and I enjoyed. However, I think I love this series a little more than my wife does. The story is mainly told from the male protagonist’s perspective, so I found it quite relatable. Let me talk about the five things that we love about this show. Maybe it’ll convince you to try it out as well!

He now hates his present life due to his troubled marriage and less than favorable situation at work. A chance encounter with his first love interest made Joo-hyuk recall the events that led to him losing the chance to woo her, which also led him to meeting the girl who would become his wife. Joo-hyuk unknowingly gets the chance to travel back to that fateful day, thanks to a mysterious homeless man. What will he do with this impossible opportunity?

1. The Show Teaches Us Not to Take Things for Granted

While the lead protagonist thinks that his wife is the worst woman in the world, Familiar Wife shows the audience why she’s acting that way. Joo-hyuk has the tendency to cause troubles because of his carefree attitude. In the first episode, he passes off a customer to the bank’s newest employee, who makes a mistake with the requested transaction. This causes the bank’s manager to ask him to go after that customer. He is unable to pick up the kids from day care, so his wife has to leave her work. 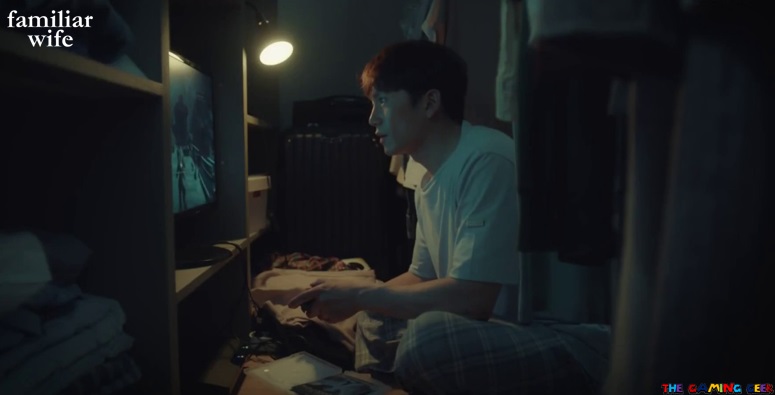 Cha Joo-hyuk’s life is miserable because he has a “Game Station 4” and not a Nintendo Switch.

The mistakes that I regret the most are the ones caused by my laziness, lack of effort, overconfidence, or simply taking the situation for granted. I have so much regret for those moments because I know that I could have avoided them if I had just exerted more effort. How many times have I been late to an important meeting because I couldn’t stop myself from playing video games?

Well, it rarely happens now, but it happened too often when I was younger. Now, I really am careful with everything that I do. Moments of carelessness or laziness can cause the biggest problems later on, so I try my best not to let my guard down. Seeing a life lesson I learned through personal experience being told by this television series is quite reassuring.

So far, I haven’t seen a K-drama with an original soundtrack that is as good as what Another Oh Hae-young had, but Familiar Wife comes close. Love Me Again by South Korean boy group SF9 is very catchy and is the perfect song for this show’s opening and ending themes. I like that song, as well as the other ones in the soundtrack. However, the song that really pulls at my heartstrings is Roy Kim’s No Longer Mine. Check out the video below to here the song. Note that this video uses some scenes from the series so close your eyes if you don’t want any spoilers.

Now, I don’t understand Korean at all, so I don’t know what this song’s lyrics are saying. But the song’s melody and the way Roy Kim sings it just hits me at an emotional level. This song is first played during a pivotal moment in Familiar Wife that I can’t describe in detail because I don’t want you to get spoiled. When I hear Roy Kim sing the lyrics of this song, I can feel how much Cha Joo-hyuk really loves his wife. Heck, just writing about the song gives me the feels.

And the chorus being in English is also a major factor why I love this song so much. Since the chorus is in English, I can actually sing it. I’ve actually considered writing English lyrics for this song. Hmm maybe I’ll do that and publish my version here!

3. How Cha Joo-hyuk Learns His Lesson

Some of the best stories feature flawed characters who learn an important life lesson and are able to grow into better versions of themselves. I liked Familiar Wife a lot because of this exact reason. Cha Joo-hyuk certainly needed to learn a very important lesson, and I loved the plot that the writers came up with that made Joo-hyuk realize what he was doing wrong.

Eventually, Cha Joo-hyuk realizes what went wrong in his marriage.

I hope I’m not giving away too many details, but it feels like a disservice if I just stop where I am, so here I go. Essentially, thanks to plot twists that I’m not going to reveal, Cha Joo-hyuk is able to see a different version of his wife. Via conversations between her, him, and other people, he learns about things that he didn’t know before. These new revelations made him understand their current situation a lot better.

I like how the writers and producers approached this because it never felt forced. These conversations happened naturally, because they fit in the events that the plot was following. So as a viewer, I felt like I was learning these new tidbits together with Joo-hyuk.

There’s a moment in the show where Cha Joo-hyuk apologizes to Seo Woo-jin. It’s not a straightforward apology though, because of details that I can’t talk about without spoiling the series. If you watch the show, you’ll understand what I’m talking about once you get to that specific point in the story.

But there are some things that I can talk about, such as the acting. When Ji Sung delivers his character’s apology, you can really feel the regret and helplessness from his delivery and facial expressions. He has accepted his mistake, and knows he can no longer turn things back around. Meanwhile, Han Ji-min’s character doesn’t understand what’s going on, and she plays this exceptionally well. Her facial expressions convey a mixture of confusion, surprise, and disappointment. Even in the moment immediately after “the Apology”, both actors continue with their powerful performance as they part ways.

Why did my wife and I get choked up during this scene? Watch the show to find out.

Here’s another thing that I can tell you about this scene. I’m actually re-watching the entire show as I write this. When I got to this episode, my wife was beside me. The moment was so powerful, it caught her attention and she stopped what she was working on. She was already teary-eyed by the time this scene ended. Meanwhile, I was getting hit in the gut by the feels. We ended up giving each other a tight hug. That’s how moved we both were by this scene.

5. The Wife (Seo Woo-jin as portrayed by Han Ji-min)

To be honest, I didn’t like the Seo Woo-jin character at first. Not that I hated her or anything, and I did feel sympathy for the character especially seeing all the hardships she had to go through. But as the series progressed, the character simply grew on me. She’s energetic and wacky in feminine way; considerate, and strong-willed. 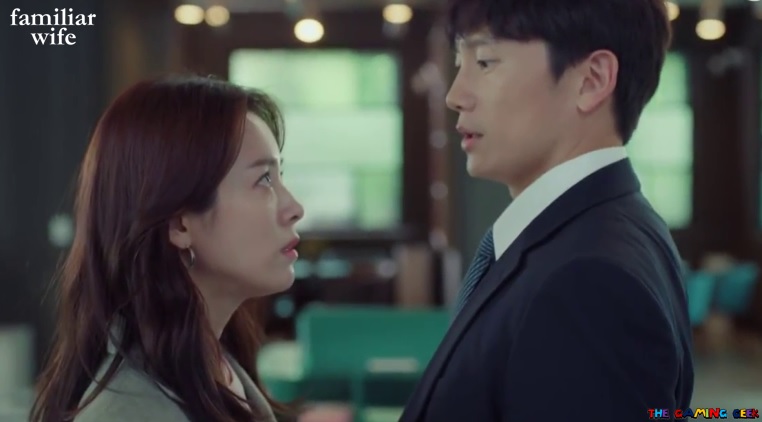 In large part, I think Han Ji-min’s portrayal of the character made her endearing to both myself and my wife. And going beyond the character’s traits and personality, I think I became a fan of Seo Woo-jin because of the actions and decisions that she makes in the series.

It’s not unusual for one or even a few supporting characters to stand out in a TV show or a film. But the supporting characters of Familiar Wife were all really good, even if they didn’t have any major individual storylines. Of course, they’re not perfect; they’ve got flaws too. But they’re generally positive influences to the show’s main characters. 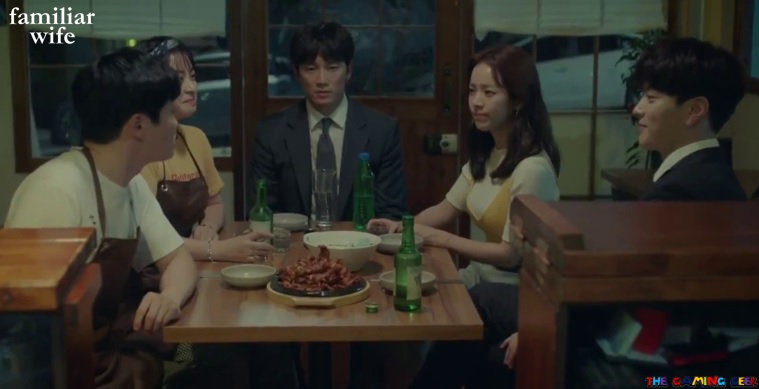 Cha Joo-hyuk has a strong support system around him.

We have Cha Joo-hyuk’s buddies, who are as close as you can get to the “brothers from a different mother” catchphrase. They have their ups and downs, but when it really counts, they’ve got each others backs. Then there are his colleagues at the bank where he works too. They have this certain sense of camaraderie and teamwork, driven and encouraged by their Team Managers. Is this an accurate depiction of the real world? Well, no. But it definitely feels good to watch them, and makes me wish that I had more of these kinds of people in real life.

In order to write this article, I had to re-watch Familiar Wife in it’s entirety. All 16 episodes, with minimal skipping. And you know what? I still had a great time with the show. I actually think that this show is better during the second viewing. While there are some fantasy elements, Familiar Wife revolves around marriage and mature relationships. It depicts real life problems and how people can react to them.

In addition to the life lessons that you can pick up from this show, it’s also an entertaining watch. Ji Sung and Han Ji-min both did an excellent job with their roles, and the chemistry between the two is simply a joy to behold. Familiar Wife is definitely one of my favorite K-dramas, and I’m definitely going to watch this again in the future.