We chose to talk about Another Oh Hae-young because we’ve watched a couple dozen of K-dramas already and we wanted the first K-series reviewed in this blog to be something rather personal. As adults who are trying to navigate through life in our own ways, it is a lot easier if we have something we can relate to or someone we can associate ourselves with to help us get through tough times. And for me, that is Oh Hae-young.

Let me convince you why this Korean drama is worth your time without spoiling the series to you. And maybe, just like me, after watching it you will think of Oh Hae-young when you are going through something difficult. Or maybe you will find yourself streaming through its soundtrack while you are driving or cooking or whatever you are doing during your alone time!

Note: This series is available in Netflix as Another Miss Oh. However, we prefer using the alternate title because Oh Hae-young’s full name is important to the plot. You’ll know what we mean once you’ve seen the series.

Another Oh Hae-young is a romantic drama featuring Park Do-kyung, a famous sound engineer who has worked in several different films. He starts having visions of Oh Hae-young, a woman who he does not know or recognize. Fate eventually brings them together. Things become complicated for Park Do-kyung once he realizes his connection with with Oh Hae-young. 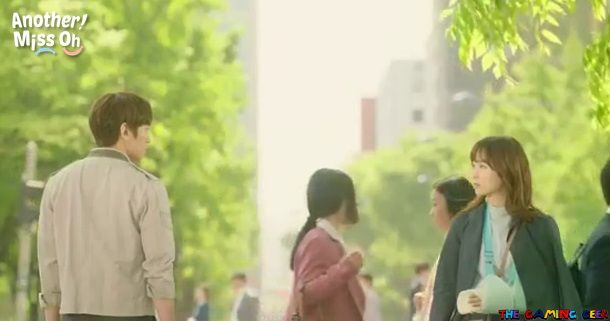 The show revolves around the circumstances connecting two complete strangers, and how they deal with the eventual fallout.

The show has comedic moments, with a few mysteries thrown in, as well as supernatural elements. But this series focuses mainly on romance and drama. I don’t want to give away any spoilers, but there is a reason why I prefer the alternate title of Another Oh Hae-young instead of Netflix’s chosen title of Another Miss Oh. It will make sense once you’ve watched the first couple of episodes.

1. The Rollercoaster of Emotions

Get ready as Another Oh Hae-young will emotionally propel you up and make you feel sad (and probably cry) along with the characters right from the very first scene of the first episode. The opening scene will give you a peek into the mystery of the plot while introducing the female lead, Oh Hae-young and lead male character, Park Do-kyung.

I remember feeling the sadness, the helplessness as Oh Hae-young starts running from the restaurant where she met her ex and going home to her family to tell them of her big decision during the first few minutes of the first episode. I remember getting so annoyed at how Oh Hae-young was being treated by her relatives and neighbors because of the decision she made. And I will never forget how Oh Hae-young felt so pathetic during their team dinner. That scene made me root for her from the very start. 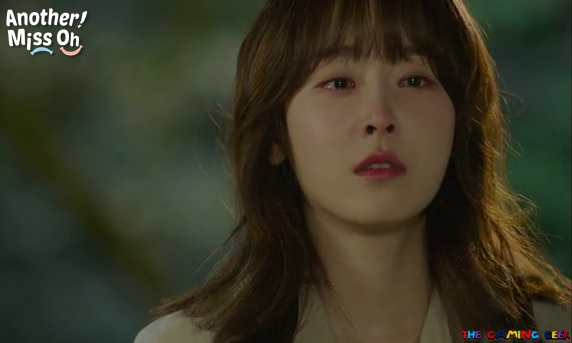 Meanwhile, I was amazed by the creativity and talent of Park Do-kyung while feeling entertained during the funny scenes sandwiched during the regular working days of the lead female and male characters. I remember crying, yes crying, towards the last few minutes of the first episode while a flashback narrates how Oh Hae-young came up to her decision.

And finally, I remember feeling mad and scared while they unraveled the mysterious connection of Oh Hae-young and Park Do-kyung in the last ten minutes of the first episode. All these emotions were packed in the first episode! And they are just teasers for the remaining nineteen episodes! The second episode? It is my favorite! This is when I was really hooked into this series. And I bet by the end of the second episode, you will be too!

We don’t want to spoil the series for anyone who hasn’t watched it. This is all we can say for now. The storyline of Another Oh Hae-young is unique. It involves a mixture of friendship, romance, and bromance. It involves love from family, a mother’s love, love and acceptance for oneself. The series talks about courage, forgiveness, happiness, pride, and deceit. 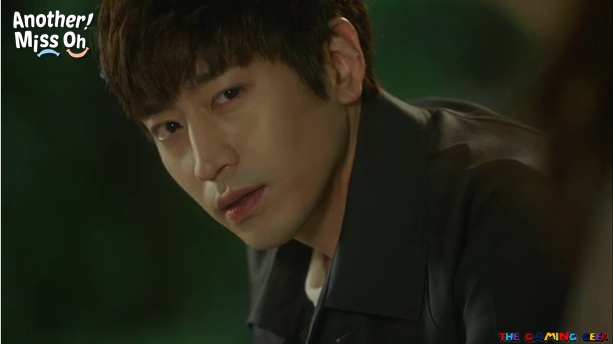 The male lead, Park Do-kyung, harbors a secret that explains his connection to Oh Hae-young.

This may sound like any other K-drama, but Another Oh Hae-young has a special plot twist that brings it to a whole new level of mystery. It is somewhat supernatural and it elevated the series into a more interesting level. How the writer intertwined the past to the present built the main storyline of the series but the mystery part will keep you on the edge. It will keep you guessing, hoping, and rooting for the lead characters.

I remember having the soundtrack of Another Oh Hae-young on repeat while I was cramming and trying to finish a report that I hate. I remember listening to these songs while I was stuck in traffic trying to get home. By the way, some of these songs were recorded by the lead actress herself. Here’s Seo Hyun-jin performing the series’ title track live in Taiwan:

The soundtrack will stick to you even though you personally do not understand its lyrics. The songs will make you remember the scenes and important events of the series. Each one will make you feel the sadness, the tension, and happiness – all the feelings packed in this series. The songs played during the scenes, its beat and melody will immerse you in the scenario and douse you with emotions even though you do not understand the lyrics. It is really that perfect!

Oh my, the supporting characters in Another Oh Hae-young are special. From the past and present lives of the leads, to their coworkers, friends, and family, you will be able to relate to them and come to love (or hate) them. It is very rare that the entire cast of a series were given the right amount of lines and airtime. 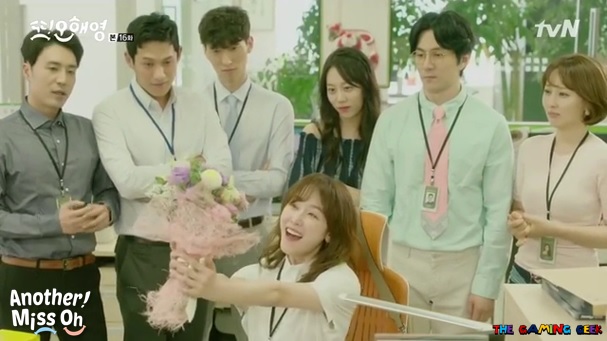 We have watched several k-dramas wherein we either totally stopped watching or we fast forwarded on the scenes where the character we dislike is on. But in Another Oh Hae-young, each character was given enough time to be introduced, to be developed, to contribute, and to have their own pocket of importance in the main storyline. 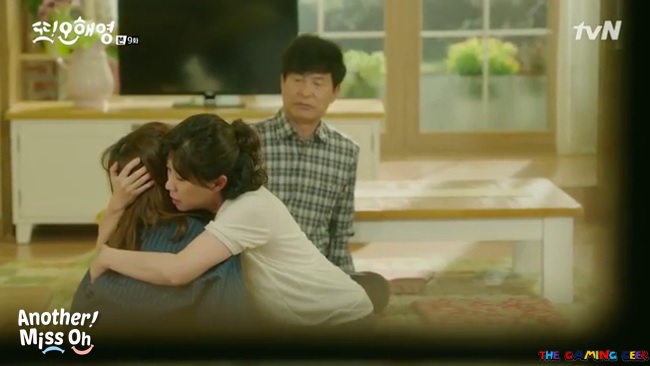 Parental support is always a big help, even to grown men and women.

The parents and family members of the leads will show you contrasting traits that will make you realize how important parenting is in helping and shaping children to become strong and resilient individuals. Their friends and coworkers will show you the importance of support systems. They enabled the characters to continue and go through tough and unexpected times. Oh Hae-young’s mother though is really a standout. How she portrayed being a mother here is really the highlight of some of the important scenes and episodes.

5. The Tenacity of the Female Lead

A little spoiler on this part but hey, what can I do since I really love her! Whenever I go through difficult times, at my lowest of lows, my brain automatically pops Oh Hae-young’s face. Or my brain will start to play songs from the series and I slowly feel alright. I slowly transition to “I can do this!”

At the beginning of this review, I mentioned this is rather personal. Earlier, I added that the second episode is my favorite episode. This is because it is when Oh Hae-young was made the most vulnerable and at the same time became surprisingly tenacious in the series. When she got kicked out by her own parents, that is what really got me. Her whole family, her neighborhood, friends, and coworkers all judged her. Yet, she couldn’t tell anybody the truth, not even her parents. That really got me. The extremes of emotions. 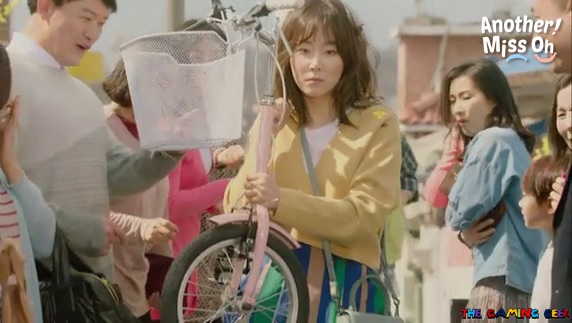 Even with people mocking her, Oh Hae-young tried her best to bravely push forward.

Despite everything that she went through, from wanting a different name to learning that at the end of the day, she still would not want to live as anybody else. Not even the life of the most popular girl in her high school. She just wants to love herself a little more each day. That is what got me. I hope she inspires you the same way she inspired me.

Tenacity can be applied in every aspect of our life, not just in love or in school or in career. Like Oh Hae-young, it can be applied to one’s self – the tenacity to never give up on your own self! To be your own cheerleader. To vote for yourself when no one else would, not even the one who nominated you.

Another Oh Hae-young is not just ‘another’ series and deserves five Tiger stars! I hope you really give it a try. This is really a gem that can be watched (or re-watched) even years from now because of a unique storyline that will never get old. When you decide to watch the series and finish it, come back to this review. Leave a comment and let us know how the series made you feel! Let’s exchange similar K-series worth watching in the comment section below!