The Falcon and The Winter Soldier is the second Disney+ TV series from Marvel Studios. With only six episodes, its last episode aired around a month ago. If you haven’t seen it by now, let me give you five reasons to try and convince you to give it a shot.

Note that I will need to mention some MINOR SPOILERS. Sometimes, you need to give out juicy details in order to change opinions. So if you don’t want any spoilers, you can check out other topics on my blog instead.

I love it when supporting characters are given more time in the spotlight, and that’s exactly what you’ll get from The Falcon and the Winter Soldier. Both characters haven’t had the time needed for development, with the Falcon being relegated to just another Avengers member in Civil War and Infinity War. The Winter Soldier was a focal point in both Captain America sequels, but he was more of a plot device and less of a character in those movies. 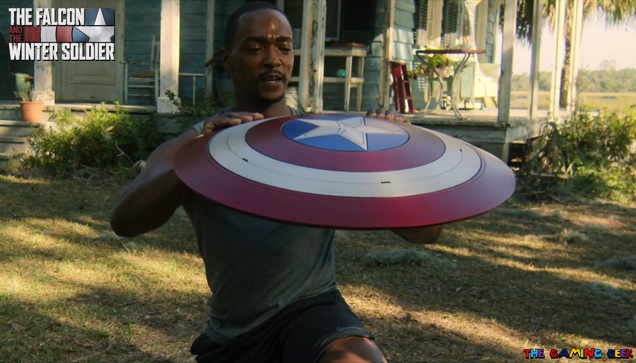 The show will go into the reasons why Sam Wilson was so hesitant in accepting the shield given by Steve Rogers.

At the end of Avengers: End Game, we saw Steve Rogers hand his shield over to Sam Wilson. This was more than just handing over a weapon – Rogers was essentially passing the mantle of Captain America. And its not easy for a black man to become Captain America, as various characters in the series attest. We see how Sam Wilson responds to this, and the pressures of the Captain America identity that will fall on whoever takes on that role. We also get another glimpse of what the government has been doing in terms of Super Soldier experimentation since Rogers was lost. 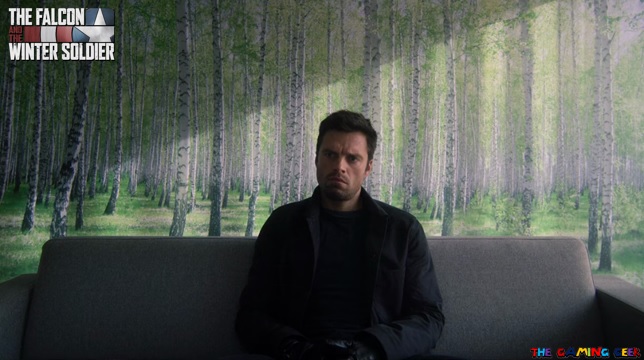 Bucky Barnes is an actual character and more than just a plot device in this series.

In Bucky’s storyline, we finally see the character take steps to deal with his Winter Soldier past. We know that he spend some time in Wakanda and we get glimpses of that here. Is redemption possible for Bucky Barnes? Watch the show for the answer.

One of the common complaints that people have about Captain America: Civil War involves Helmut Zemo. How was one normal human able to come up with a plan to destroy the Avengers and actually succeed in doing so? There were enough people who couldn’t suspend their disbelief enough to accept that what Zemo did was possible. Well, The Falcon and the Winter Soldier illustrates how Zemo was capable of all that. 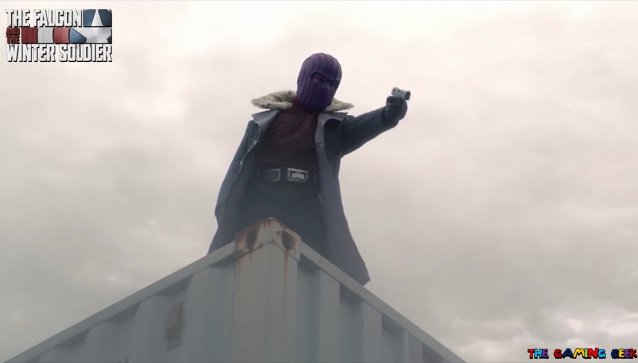 Zemo finally gets to wear something that’s closer to his comic book costume.

For me, Helmut Zemo is an interesting character. He is cunning and strategic, and we see more of that in the show. He operates with a certain moral code that typical villains don’t have, and we see examples of that in the series. What will a villain do if he/she gets his/her hand on a vial of the Super Soldier serum? What will Zemo do? You have to watch the show to find out.

I’ve been a fan of the character since his first appearance, and this series made me like Zemo a lot more. I think he has the potential to be the next Loki – a villainous character that becomes a fan favorite. I’m willing to bet that this isn’t the last we’ll see of Zemo.

3. The Introduction of New Players

The Falcon and the Winter Soldier introduces a pair of new characters that are likely to play important parts in future Marvel Cinematic Storylines. You probably have an idea on who the first one is, even if you haven’t seen the show: John Walker. And yes, this is a spoiler, but haven’t you already been spoiled by the hundreds of memes that came out about this character? 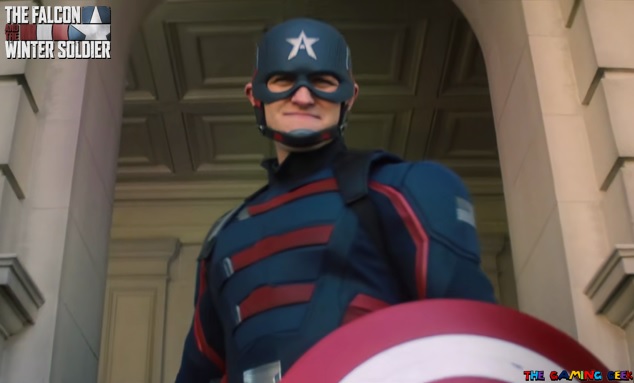 John Walker is a soldier who just wants to do the right thing.

John Walker was selected by the U.S. Government to become the new Captain America. Because Iron Man isn’t easily replaced, but Captain America is just another good soldier with the colors of the U.S. flag and a vibranium shield, right? That’s what some people thought, so John Walker happened.

The character goes through some highs and lows, and a really good character arc, in my opinion. Does he keep the shield and the Captain America identity? You’ll have to watch the show to find out. This is all I’ll have to say: John Walker will likely be an important part of another story later on. I’ll mention a few team names for you: West Coast Avengers, Thunderbolts, and maybe even the Dark Avengers. 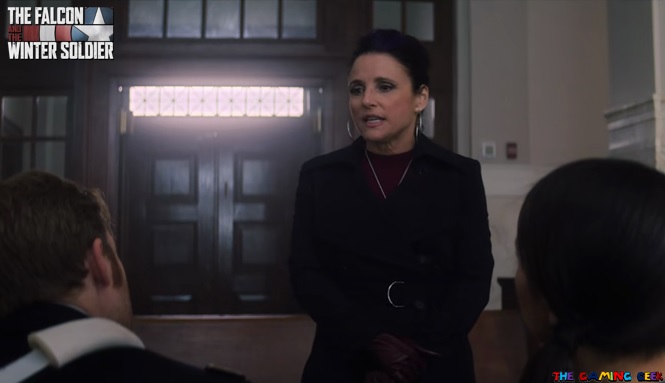 Don’t call her Val, whoever she is and whatever role she’ll play in Phase 4.

One character that you probably don’t know about is Contessa Valentina Allegra de Fontaine. Played by Julia Louis-Dreyfus (known from Seinfeld and Veep), all you need to know about the character is you don’t call her Val. The series doesn’t say much about the character. But without doing a Google search, it looks like she’s going to be a more sinister version of Nick Fury.

4. Going Further into The Blip’s Impact

When Marvel Studios actually ended Avengers: Infinity War with Thanos successfully snapping his fingers with the Infinity Gauntlet, people were in doubt. Audiences believed that Marvel Studios would find a way to just turn things back the way they were. In Avengers: End Game, the remaining Avengers were able to successfully bring back the people who were dusted away by Thanos.

However, things did not simply turn back the way they were. The people returned, but five years had already passed. This wasn’t a do over, and we’ve been seeing the different was “the Blip” has impacted the people of this fictional universe. In Spider-Man: Far From Home and WandaVision, we saw a little of how this impacted people who were dusted away.

The “Blip” affected the world in more ways. This series looks at a group of people who lost what was given to them.

In the Falcon and the Winter Soldier, you’ll be able to see another different perspective. There’s a group of people who were displaced when all the dusted people went back to life. And the governments of the leading countries were all trying to figure out what to do with them. I’m not going to go into further detail to avoid more spoilers. One thing is for sure: Marvel Studios is not simply wiping the slate clean. They know that “the Blip” was a major event, and they will address it in their Phase 4 storylines.

5. A Lot of Punching and Action

You’ll see a lot of fights and battles between many different characters. This show features the Falcon, the Winter Soldier, John Walker, Zemo, and even Batroc. Even Black Panther’s Dora Milaje make an appearance. Some of these fight sequences are cinema-worthy. This series really belongs in the Captain America film franchise, giving you moments that are similar to those found in The Winter Soldier and Civil War.

If you liked the Captain America trilogy of films specifically, or the Marvel Cinematic Universe in general, then what are you waiting for? This series is only six episodes, which can easily be watched over a weekend. The Falcon and the Winter Soldier is an entertaining watch that you shouldn’t miss out on.