Five Reasons Why We Love Attack on Titan (Anime)
0 Comments

I didn’t think I’d enjoy another anime series like I did Naruto, but when my wife and I first watched Attack on Titan, I was blown away. The anime series took a while to produce, so we stepped away from the franchise and only recently revisited it, hearing that it was in it’s final season. And boy, Seasons 2 and 3 were as awesome, if not more, than the first season.

Personally, I used to like Japanese anime, but outgrew that just after my college years. I rarely find anime series appealing anymore. And yet, Attack on Titan truly stands out for me. Fresh from a re-watch of Season 1, I’d like to talk about the reasons why both me and my wife love this series.

A Good Balance Between High Stakes and Hopefulness

From the first episode, Attack on Titan is able to express how much danger the series’ characters are in. And this is consistent throughout the series, so we are always at the edge of our seats while watching the episodes.

But the anime doesn’t go overboard. It is tiring for me and my wife to watch characters in situations that keep getting worse and worse. If we are watching characters who have no hope of success, we don’t see the point of prolonging the agony. We need to see a glimmer of hope. Maybe there’s a payoff at the end of everything that’s happening.

And Attack on Titan does this effectively for us. Switching between hopelessness and hopefulness without lingering too long with one keeps the series fresh for us.

The Storytelling is Very Efficient

From my experience, anime series usually squeezes out every last second that they can out of a storyline. It can feel like a drag to watch whenever this happens. 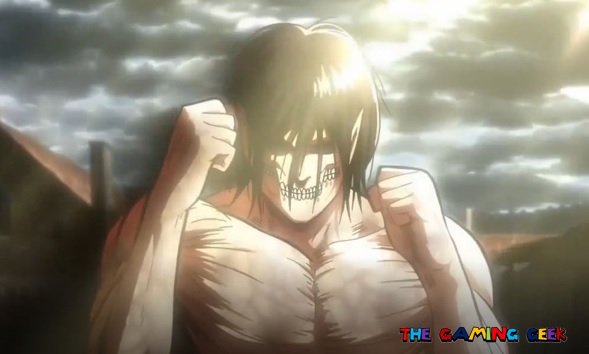 Eren Yeager, the main protagonist of Attack on Titan.

A lot of these also employ fillers to pad out the series. Sometimes, studios want to get as many episodes as they can out of a franchises characters. Sometimes, they are simply stalling – this applies to anime shows based on ongoing manga. They simply run out of source material, so they have to make their own stories that can’t change the status quo too much.

Attack on Titan is quite different in this aspect. The plot is handled so efficiently, almost every moment feels like we’re seeing something important. This keeps us focused on the show and doesn’t feel like we wasted our time with it.

Most Characters Are Smart and Competent

My wife absolutely hates dumb characters. Being stupid is the fastest way to turn her against them. She hates them so much, she gets compelled to fast forward through scenes focused on such characters. And she’d given up on more than one show whenever she couldn’t handle watching them anymore. 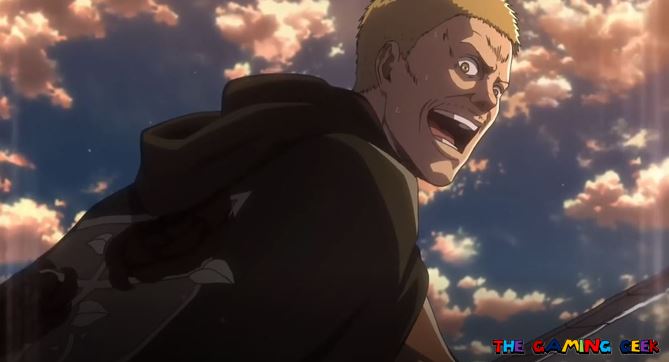 Thankfully, there’s very few of these in Attack on Titan. Of course, not every single character is the smartest guy in the room. But most of the characters in this series are quick enough to catch up to the plot. Whenever a character is forced to make a decision, they usually act based on what they know.

They don’t make the right choice all the time, but whenever they have a wrong decision, it’s because they’re missing critical information. When a character makes a mistake, we still keep rooting for them because we know they tried their best.

What I hate about popular anime series is how they all end up focusing too much on the main character. I enjoyed Dragon Ball Z up to the point when the Z Fighters were no longer strong enough to even challenge that series’ antagonists. The high point of Naruto for me was when his peers were still important to the plot. I started tuning out once Goku and Naruto became so powerful, characters who were once their equals became as remarkable as normal citizens. 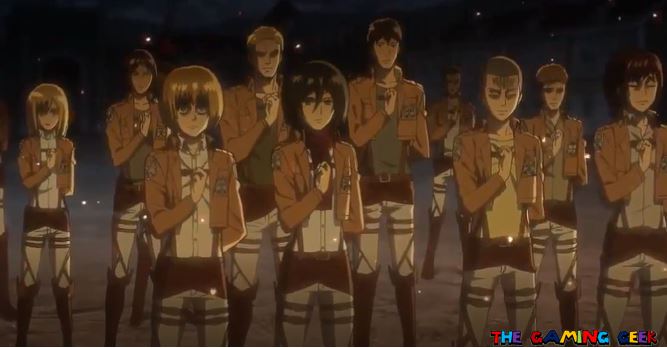 These characters are more than just cannon fodder.

I was wary once the true nature of Eren Yeager, Attack on Titan’s main protagonist, was revealed. Thankfully, Hajime Isayama managed to avoid this common anime trope when he crafted the Attack on Titan storyline. Eren never becomes as revered as Naruto became, despite his special nature. Overcoming whatever challenges the plot throws at the characters usually required the contribution of several of them.

Each Season Ends at a Logical Stopping Point

My wife and I prefer binge watching multiple episodes in one sitting, sometimes even consuming entire seasons in a span of a weekend. Attack on Titan is still ongoing, with Season 4 episodes being released weekly. So when we picked this up again we had to manage how we watched the first three seasons, careful not to run out of episodes before the end of the current season. We failed, finally watching the last episode of Season 3 just as the English dubbed episode 5 of Season 4 was available.

We managed to hold out for as long as we did though because of how each season is structured based around the storyline. An Attack on Titan season ends at just the right moment in a lot of ways. First, all the ongoing and urgent plots are resolved just before or by the season’s end. Second, any major conflict is concluded. This ensures that the first episode of the following season is starting with a new storyline or plot. They don’t use cheap cliffhangers by leaving a plot thread hanging, with the promise of an answer in the next season if you watch.

There are other good things about Attack on Titan that I didn’t say. How the animation quality is top notch. The series has good music all throughout, especially the opening theme by Revo. How the story is really compelling. The five aspects of the show that I focused on are unique to that series and what really made it stand out for us.

I highly recommend Attack on Titan to anyone who enjoys post-apocalyptic drama. This is a well-done series that does away with annoying anime tropes and doesn’t waste your time unnecessarily.