I’ve played some of these bad superhero games, released for the NES. And the ones that I’ll talk about today are ones that could have been better if their biggest flaw was addressed. Some might say that it’s a waste of time talking about this, since these games were released decades ago. But there’s an active fan community that specializes in modifications to classic games to make them better. In fact, there are already versions of some these games that already have these flaws fixed. So let’s go talk about them.

Title screen for Wolverine for the NES.

Wolverine is widely considered to be among the bad superhero games, thanks in part to being featured in Angry Video Game Nerd Episode 69. And it’s got several problems, to be honest. Some of these issues include bad platform placement and using claws drains your health. But you could play around most these issues.

But not the game’s biggest flaw, which is the lack of invincibility frames when you take damage. Enemies can drain your health completely if you make the mistake of coming into contact with them. This penalty for making mistakes is simply too harsh. You’ll need the fastest of reactions to deal with this.

A modification by a fan known as MottZilla addresses this flaw by adding what was missing in the first place – invincibility frames. With this one change, the game is much more playable now. 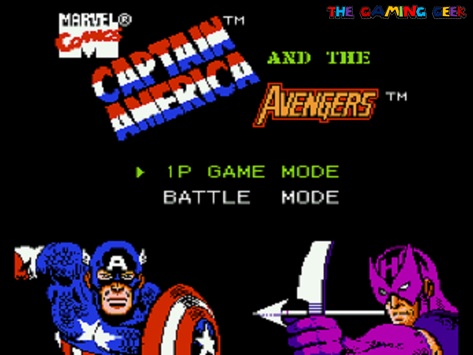 Title screen for Captain America and the Avengers.

Captain America and the Avengers (1991)

It’s unfortunate that people group Captain America and the Avengers for the NES among bad superhero games because it has some good ideas. For one, it’s not a straight port of the arcade hit, unlike all the other versions released for other systems. The game implements a swapping mechanic between Captain America and Hawkeye, allowing you to traverse levels in different ways. It also helps you keep your Avengers alive, in case they are near death.

This game is considered to be one of the hardest video games released on the NES for several reasons. Most people complain about needing to backtrack several stages in order to rescue a fallen partner. You see, when one of your characters die, they are considered as captured. You need to rescue the captured Avenger with your remaining character. In order to do that, you need to beat the stage where the captured Avenger is kept hostage, which is indicated in the map.

If you’re lucky, you will only have to backtrack one stage. At the worst, I’ve had to go through as many as five stages before I could make my rescue attempt. In earlier stages this is manageable, but the latter stages are tough to beat with only a single Avenger available. So if this happens and you haven’t gotten the Quinjet yet, you’re in big trouble.

My proposed fix, and I haven’t seen a fan mod that has this implemented, is to have your captured comrade be kept captive in the stage immediately before the one where he was captured. You still have to perform your rescue, but it’ll be less unfair for players.

Read more about Captain America and the Avengers here! 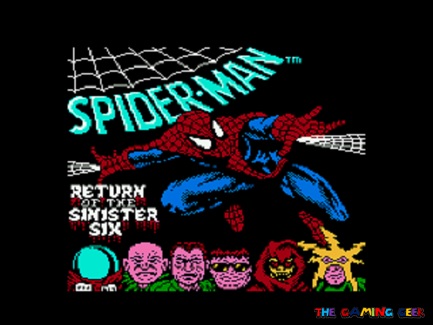 Title screen for Spider-Man: Return of the Sinister Six

There’s really one big reason why I really hate how Spider-Man: Return of the Sinister Six plays. The developers didn’t include one very important aspect of Spider-Man in their game design – Spidey’s ability to attack in the air. Spider-Man is known as an agile superhero who battles his opponents with aerial moves. In this game, you can only attack when you’re grounded.

Yes, Spider-Man has a jump kick, but it doesn’t work the way you think jump kicks should work. You can’t jump and then press the Attack button – nothing will happen if you do that. Instead, you need to double tap the Attack button and Spidey will do a short hopping kick that lunges forward. This has limited reach, so you won’t be able to use this against most elevated enemies. You know what’s worse? Two out of the six bosses in the game fly constantly. You won’t be able to hit them unless they fly at ground level.

The fix is simple – give Spider-Man a jumping attack! Use the existing jump kick sprite and program it so that when a player presses Attack in the middle of a jump, this move will execute. I’m not sure how hard that is from a fan modder’s standpoint, but no one has done this yet so maybe it’s harder than I think it is. This one fix will make Spider-Man: Return of the Sinister Six a lot more playable than it is.

Read more about Spider-Man: Return of the Sinister Six here! 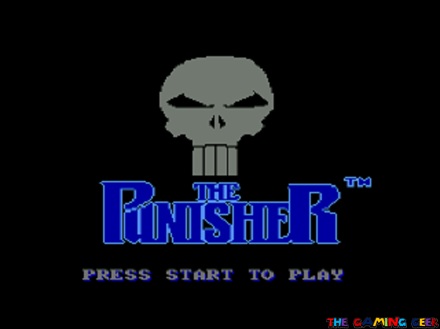 Title screen for The Punisher.

I think The Punisher gets a bad wrap because it’s an LJN game. It’s not that terrible, at least in my opinion. I played it twice and had fun with the game. But it’s still considered to be among the bad superhero games on the NES because of it’s bad graphics, lack of stage music, and steep difficulty curve because of a particularly annoying design choice.

In this game, when you start a level, your health meter can only go up to half the maximum. In order to increase your health meter, you need to find bulletproof vest power ups. I think it’ll take four or five vests to upgrade your health to maximum. Finding as many vests as you can is vital to completing each of the levels.

What’s annoying about The Punisher is that you lose every single one of your health upgrades at the end of each stage. So at the start of the next stage, you’re back to half the maximum health meter. And the levels in this game get increasingly difficult the farther you progress in the game.

My quick fix is, to modify the game in a way that you’ll be able to keep one health upgrade at the end of each level (if you find any). Each level that you complete and are able to find a vest power-up, your starting health meter would go up. This gives you a health meter that scales up with the difficulty of each stage.

Read more about The Punisher here!

I almost skipped playing the last game on this list of bad superhero games because I bought into everyone saying that this is one of the most difficult games on the NES. That’s true, Silver Surfer is very difficult. Unlike other games on this list, this game actually has decent production values, with good 8-bit graphics and a pair of excellent stage tracks.

But this game is so difficult. And you don’t respawn right away; you have to transition to a death scene and then back to the stage’s intro, before you respawn. What would have been a decent game became a frustrating gameplay experience.

I have a few ideas in mind, but some of them may need complicated programming and the creation or addition of assets. So I’ll just mention two ideas that fan modders could tinker with. The first one is using the Surfer’s power level as his life meter. For each hit that he takes, his power level will decrease by one. If he’s already at the lowest level, then that’s he dies.

My second proposal is to use the sphere as an extra life. If the Surfer has sphere and gets hit, he’ll lose the sphere instead of dying. This works like mushrooms in Super Mario games, wherein Super Mario shrinks to regular Mario instead of dying right away. Implementing one of these two ideas could make Silver Surfer’s difficulty more manageable, and more fun to play.

A video game can be considered a bad one for many different reasons, difficulty being one of them. Sometimes, a game can be unreasonably difficult because of a single game design choice. And these are the easiest to fix.

Each of the games on this list fit that description – bad superhero games that would have been better if a quick fix was applied. Hopefully, there will be some fan modders out there who can make some of these ideas happen. It’d be interesting to try the “fixed” versions of these games.