I wrote this post for Nanashi No Game almost 7 years ago. So it’s not in the same style as my current posts. Nowadays, I would only write about a game after I beat it. Back then, I would write about a game while in the middle of playing it. Still, it’s neat to revisit my thoughts on this game so let me republish it. I hope you’ll enjoy reading it!

Every now and then, I learn about a Japanese game that seemed like it would’ve been a hit had it been released to Western audiences, but it wasn’t so nobody except the Japanese know about it. When I saw an ad about Nanashi No Game on the DS that a friend posted online, I knew that this was one of those games.

Let’s talk about my experience with this unique game.

The Story Behind the Game

Nanashi No Game, or The Nameless Game as per the fan translated rom, is a horror game made by Square Enix for the Nintendo DS. This game is about an urban legend that involves a cursed video game. Based on the legend, people who play this cursed game die after seven days. One day, your character suddenly receives a crudely made game on his TS game console from one of his classmates. 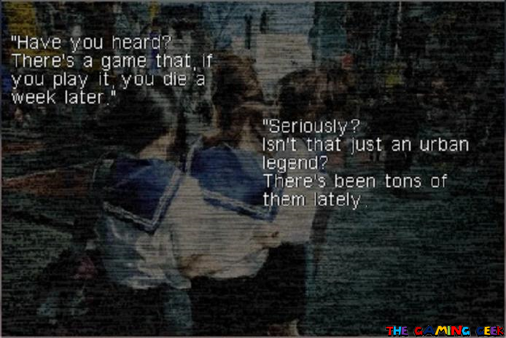 If you get a copy of a game involved in an urban legend such as this, would you play it?

After trying it out, a friend tells you about the curse and laughs it off as an urban legend. The classmate whom your character received this game from has been absent from school for several days already. His girlfriend will ask your character to investigate. This is when you’ll start to suspect if there is truth behind the urban legend.

Nanashi No Game is played in two different modes, the first of which is a first-person style mode where you walk around and explore while inspecting the objects in your surroundings. In this mode, you’ll need to hold your DS sideways, with the touchscreen on the right and the upper screen on the left. The two screens then combine to serve as a first person perspective from your character. 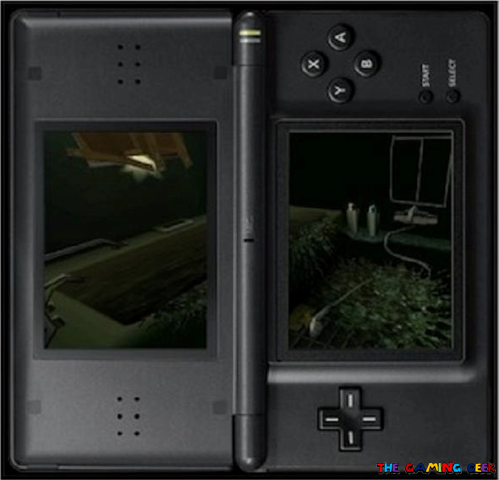 Most of the time, you’ll be holding your DS sideways as you play this game.

You can walk forward by touching and holding your stylus against the center of the touchscreen or by pressing the right directional button (now pointing up because of how you’re holding the device). Doing both at the same time makes you run faster.

To turn, you’ll need to press the up or down button. You can also point the stylus on the direction that you wish to turn. Walking backwards requires pressing the left button. Sometimes, you can find objects that you can interact with, such as doors. To use or inspect the item, just walk up to it and touch it with the stylus. 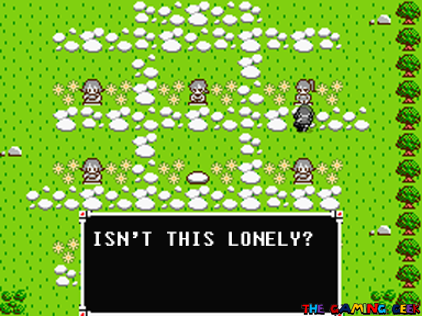 Playing the cursed game on your TS device.

The second mode of play happens when you get your character to access the cursed game on his TS, which looks like a glitchy 8-bit roleplaying game. In this mode, you’ll need to hold the DS the normal way. You will need to play the cursed game several times, in addition to the regular exploration.

Experience the Horror in 3D Sound

Nanashi No Game features what they call 3D sound. Whenever you use stereo earphones, the sound effects are played in such a way that if there’s a noise that’s supposed to be behind your character, it’ll sound like it’s right behind you. And let me say this: you should never underestimate how much this effect can change your experience. Any time I heard footsteps of someone walking or running in the game, or even those weird moans and groans, it really felt like it was right behind me.

I had an awesome experience playing this game. Nanashi No Game has flaws, yes. If you strictly think of this as a game, there’s really not much to do other than walk around and touch stuff. And you can’t even walk around freely enough as your paths are very linear. You walk slow, and what the game defines as “running” is more like a brisk walk than an actual run.

The novelty of holding the DS sideways during the first person segments is mostly unnecessary and just serves to widen your view (and maybe make it taller) but this gives an off-balanced feel as you see a lot on your left side but very little to the right without turning. 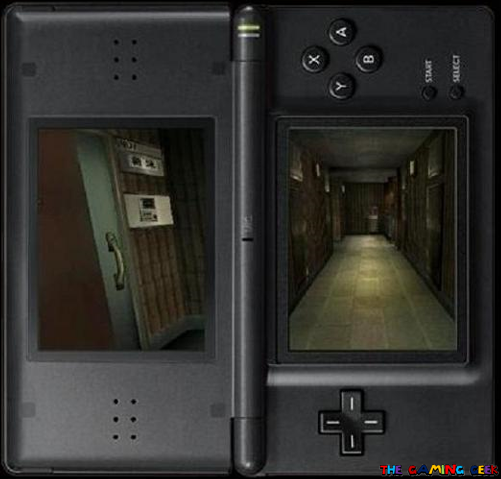 It feels like your character has a problem with his right eye.

And yet,  Nanashi No Game is one of the few games that managed to scare me. I seriously couldn’t play this game for more than 30 minutes at the time because it was just getting too intense for me. The combination of a great story, wonderful sound effects, and the inability to run fast or defend yourself properly worked.

Seriously, in the game that you’re playing, your character is playing a cursed game on a dual screen gaming device. Which is kind of what you’re doing. You get chased by beings (no spoilers) which you can’t fight, and you hear sounds that really make you feel that someone is sneaking up behind you. That’s almost fourth wall breaking stuff there.

Nanashi No Game plays like a visual novel with exploration mechanics, so it’s strength lies in it’s story and how well it immerses you. Like I said, you’re playing a character who’s playing a creepy game. Which is exactly what you’re doing! That’s next level immersion right there. I don’t want to reveal any more because the less you know about this game, the better your experience is going to be.

Please note that this was never released outside of Japan, so the only way to play this is to grab the translation and a ROM and use a flash cart or an emulator. I’d have wanted a chance to play a legit copy but I can’t read Japanese. Square Enix already missed the chance to release a localized version of Nanashi No Game for the 3DS, so there’s no legal way you can really play this is. But this would have been really good with upgraded graphics and better voice acting quality.

If you love horror games, you definitely need to give this game a try. I’m glad that I had the chance to play this game. It’s such a unique experience that you can only get from such a unique gaming device.