A few people challenged my comments regarding the Justice League film copying the general plot structure of the 2012 Avengers film. “So it should be no surprise about the same plot”, according to one friend. I can’t help but disagree with that. To prove my point, I will try to show a way to introduce the Justice League in a film while trying to avoid plot points used in the Avengers.

I have a few disclaimers though. I’m not a professional screenwriter so I don’t expect to come up with a perfect screenplay. I will also not change anything from the DCEU films that came before Justice League. My version will have the same restrictions that Zack Snyder had, at least from a storytelling perspective.

I’m also going to focus on writing about the changes that I’ll make – a film that long and with many characters is going to take a long time to write. Finally, I will not try to shorten the screen time of the film. Without a separate Cyborg or Flash movie, I don’t think it’s possible to cut out enough content to make everything fit in two hours. 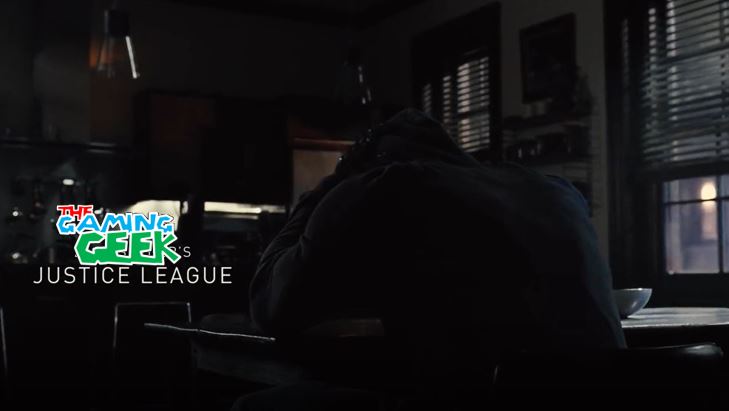 The Death of Superman and the Arrival of Steppenwolf

This part stays in. Superman’s death still awakens one of the Mother Boxes. What I would change though is instead of Steppenwolf simply teleporting in on Earth, I would include a new scene.

In my version, DeSaad comes to Darkseid and reports that a long dormant Mother Box suddenly activated. Darkseid has to explicitly say that there are only a few events that can awaken a Mother Box. He commands DeSaad to send Steppenwolf to retrieve the Mother Box set and investigate the cause of the awakening.

Note: This is a small but important change. Steppenwolf is headed to Earth not to offer it to Darkseid, but to investigate what awakened one of them. This alteration helps distance this film from Marvel’s The Avengers, where Loki was sent to Earth to retrieve the Tesseract. 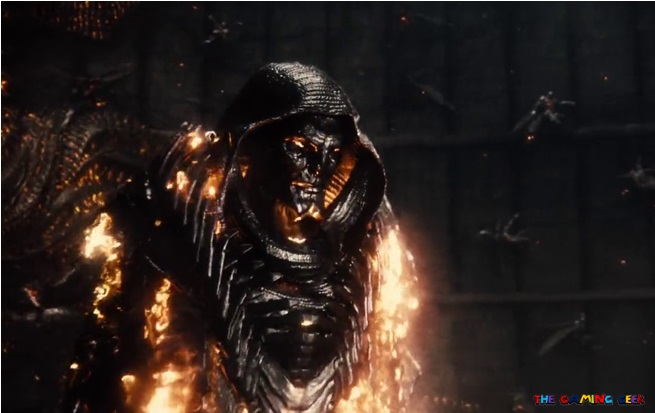 In my version of Justice League, DeSaad and Darkseid will be revealed early in the film.

Some time needs to pass, so we can have some of Cyborg’s or the Flash’s character development scenes in here. My version then continues with Steppenwolf’s assault on the Amazons. It will stay unchanged, except for the inclusion of two very important scenes.

Note: The Green Lantern Corps is confirmed to exist in this universe, so it doesn’t make sense that they aren’t involved. They are this universe’s galactic law enforcement, so I expect them to act whenever intergalactic criminals make a move.

I have an explanation as to why there were no Green Lanterns when General Zod attacked Earth, and why they weren’t there when he awakened as a new Doomsday. Sector 2814, where the Earth is located, has been peaceful for the last couple of centuries, so the Corps did not have anyone assigned to it. Because of the aforementioned events, the Corps now have one Lantern assigned to the Sector. 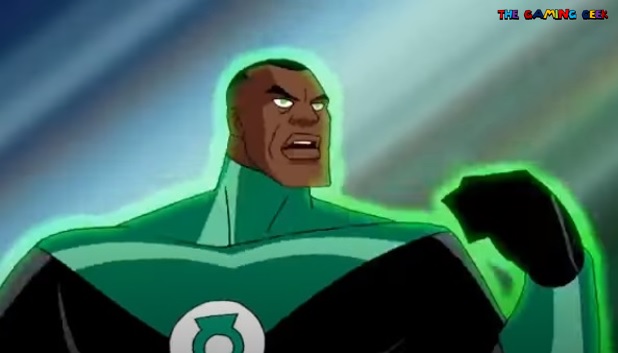 John Stewart, one of the Green Lanterns from Earth, will have a reason to be in this version.

The first scene that I want for this sequence is the Green Lantern assigned to Sector 2814. He’s on Earth, in the guise of a regular civilian.. His ring detects Steppenwolf’s arrival on Earth and alerts him to the massive energy signature released when the Mother Box activated. He flies off in search of it.

The second scene is him failing to find where this happened because Themyscira is hidden from outsiders. The Green Lantern uses his power ring to report this to headquarters. His ring sends information of the detected energy signature to the Corps. He is told to be on high alert as the Corps investigates.

Note: This Green Lantern will purposely be a blank slate, with his characterization saved for a future film. With that said, I have John Stewart in mind for this movie, as Hal Jordan will probably be on a more important mission for the Corps.

Steppenwolf Succeeds and the Green Lantern in Action

Steppenwolf’s attack on Themyscira remains unaltered. He wins, retrieves their Mother Box, and reports back to DeSaad. The latter informs the former that their intelligence suggests that the Green Lantern Corps are aware of their presence in the Sector. DeSaad then transports several interstellar devices that, when sent into space, would prevent the Green Lanterns from entering the sector and block any of their communications to and from the sector.

We get a scene where Steppenwolf does exactly that, and the devices fly off into space. They release an energy grid. Green Lantern’s ring can no longer contact HQ, and he is alerted by this. Cut off from the rest of the Corps, he decides to seek the help of this planet’s champions.

Note: As part of an intergalactic peace keeping force, John Stewart knows the value of working in squads. In my version of Justice League, he’s the character who pursues the formation of the League. Not Batman, who we know lost Robin in a conflict with the Joker. Unlike Batman, John Stewart has dealt with intergalactic terrorists and has a clear idea of how big a threat Darkseid’s forces are.

The Amazons still send out their warning arrow and Diana is alerted. Instead of her experiencing a magical vision, the Green Lantern meets her there and asks for her help. Using the powers of the Green Lantern ring, they watch a replay of Darkseid’s previous attack on Earth several millennia ago. 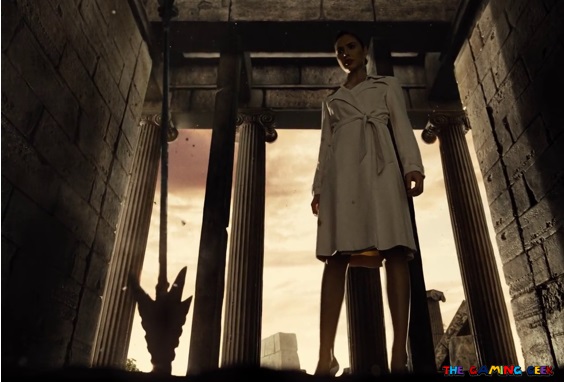 Green Lantern informs Diana that Darkseid’s forces are on the planet again, and that he’ll need her help in order to defend the planet. Diana remembers the email that Bruce Wayne sent her with videos of other super-powered beings on Earth. She knows that Wayne had probably kept tabs on them. She tells Green Lantern that they’ll need to get more help, and she knows where to start.

Note: This change still makes Batman important to the formation of the League, but he’s no longer the main force that’s driving toward it. His paranoia towards Superman justifies why he is monitoring Aquaman, Cyborg, and the Flash. But because of Superman’s death, he is no longer actively antagonizing them. He’s just monitoring them in case they become threats.

Steppenwolf Learns the Truth, and the Formation of the League

The part about Steppenwolf sending out Parademons to kidnap any humans who were in close proximity to the Mother Boxes stays, but he’s also scanning their memories for recent major events that could be related to the awakening of the first Mother Box. He’s been getting pieces of information and now he has more than enough to know what happened – a Kryptonian somehow found his/her way to a planet in a yellow sun system, and that Kryptonian recently died.

Bruce Wayne is going to be so stoked about showing these off to Green Lantern.

Meanwhile, Diana and Green Lantern show up in the Bat Cave and after introductions, they discuss the problem at hand. Wayne isn’t easily convinced, but he keeps an open mind as he does have some trust in Diana. After Wayne provides the information that he has on the other “meta humans”, Green Lantern asks about what they did with “the Kryptonian’s” body.

He then explains why this is important. Darkseid keeps the bodies of recently deceased powerful beings and has his scientists conduct research on them, attempting to discover what makes them strong. Some alien races are so physically strong, they can be brought back to life. Darkseid has the technology to do this, and he turns those he’s resurrected into loyal footsoldiers. Green Lantern suspects that Darkseid’s forces are on Earth because they are looking for the Kryptonian’s body, likely for research, possibly to attempt to resurrect him.

Before I continue, let me talk about the issues that my recommended changes would address. First, the Mother Box that awakened did not simply wake up because Superman died. When some powerful beings die in this universe, their bodies release a wave of unknown energy. This is what woke the first Mother Box up, and this explains why they remained asleep before Kal-El arrived on Earth. They weren’t “asleep” because a powerful being was present, but a powerful being needed to die for them to awaken. I saw a lot of complaints about this so I thought it was worth fixing.

Second, Darkseid doesn’t really want Earth or the Mother Boxes. He is interested in what awakened the Mother Box, which could be a recently deceased powerful being. He wants to try to add whoever this is to his growing military force. This sets DC’s movie apart from Marvel’s The Avengers. Is this comic accurate? I don’t know, I don’t know much about Darkseid. But the idea of Superman being resurrected didn’t come from me – that’s from Zack Snyder and Chris Terrio. I’m just changing how it’s used. 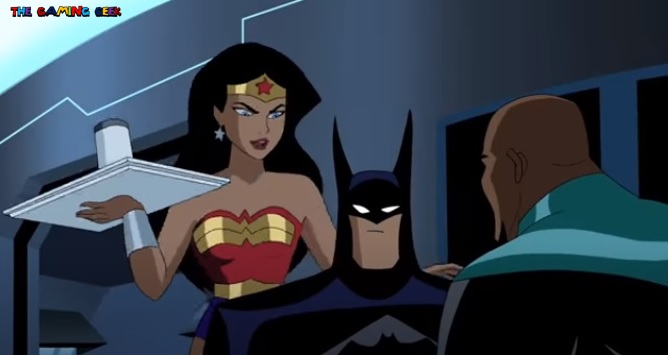 The trio of Green Lantern, Wonder Woman, and Batman will form this universe’s Justice League.

And that directly ties into the third point, which is what the fight will be about. The Justice League wants to keep Darkseid’s hands off of Superman’s body. Especially Batman, who now realizes that this could be leading to the events of his visions. A resurrected Superman, under Darkseid’s command, is bad news not just for Earth, but the entire universe. They’re not resurrecting him because they need his help. But his resurrection is still on the table.

The villains have a different reason for coming to Earth. It’s not Batman, but the Green Lantern, who forms the League. And it’s not the Justice League who wants to resurrect Kal-El, but Darkseid’s forces. Doesn’t this fix the first half of the Justice League movie?

That’s more than a thousand words and I’ve only covered somewhere between a third and half of the plot of Justice League. I often disagree with Zack Snyder’s story choices, but one of the few things that I agree with is his initial decision to split this film into two parts.

Hopefully, I’ll be able to continue this in another post. If you are reading this, please let me know what you think. Leave a comment or two below, so we can discuss!