As I was considering more games to add to my growing 3DS game library, I decided that I needed a beat ’em up game as a quick stress reliever. I decided to get one of the available games of this genre that was well-received: Code of Princess.

Code of Princess is a 2D side-scrolling beat ’em up game with RPG elements mixed in. When I learned that this game was made by the same development team that created the popular Guardian Heroes, my interested was piqued. Basically, the game involves taking your character through different stages and eliminating as many enemies as you can by combining different kinds of attacks. Stages are mainly side-scrolling and divided into three different planes – the background, foreground, and the middle level. 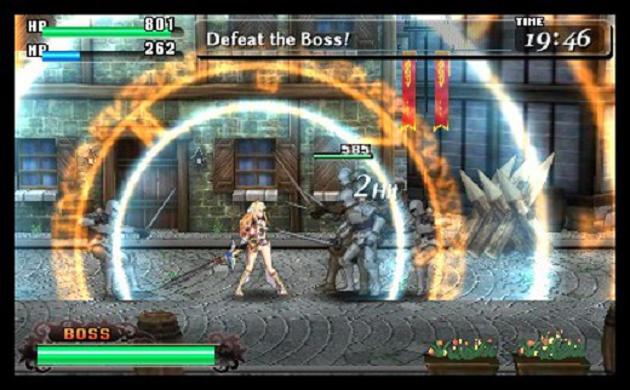 Solange, the main character, is the game’s “warrior” character. Her attacks are slow but do a lot of damage.

The battle system is simple enough that you can master most of the moves in just the first few minutes of playing the game, but varied enough that combat doesn’t feel too repetitive. There are four main characters that you can choose from in the single player campaign mode, and each of these characters have different movesets that make them play differently. 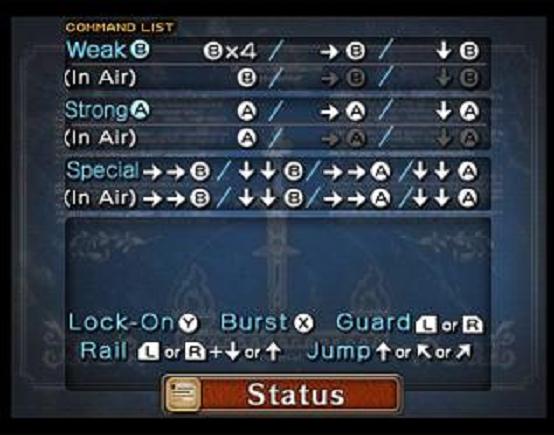 While playing, you can have the movelist appear on the second screen if you haven’t memorized all of the moves and combos yet.

There are several single and multi player modes, but most involve going through quests that require you to defeat all of enemies in that quest. The few that don’t, either require you to defeat a boss opponent, or survive an onslaught of enemies for a given time period. Completing these quests earns your characters experience points and in turn allows them to level up once they get enough. Every time a character gains a level, you get a set amount of skill points that you can use to upgrade the character’s attributes. You also earn gold pieces which you can use to purchase equipment in between quests.

Single player Campaign mode involves a series of these quests where you can only choose among four of the good characters. These quests are ordered according to the campaign’s storyline and must be completed in order for each of the characters. Campaign mode features a lot of cutscenes, either before or after a quest, with full voice acted dialogue. A few times, you even get to see an FMV cutscene. 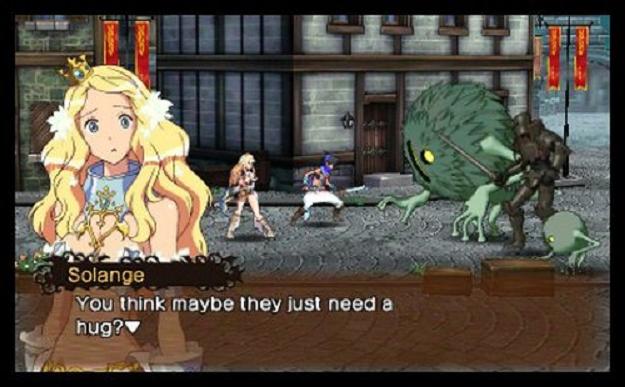 The voice acting in every cutscene is excellent. Too bad it’s wasted on an average storyline.

Aside from the four main characters, you can unlock almost every character in the game by completing quests. And I really mean everything, from NPCs like normal villagers, to minor enemies like slime and even boss characters. Once unlocked, you can use these in all of the single player and multiplayer modes except in Campaign mode.

I’m reading through all this and it looks like I’m describing a good, even great game, but Code of Princess has a lot of flaws. The idea of combining a beat ’em up fighting mechanic with RPG elements sounds good, but it’s not executed well here. First of all, most of the equipment that you’ll get seldom has an impact on the game. Sure, you’ll get those items that will protect you from status ailments, and you might opt to use them every now and then, but for the most part you’ll end up equipping the ones that’ll raise your ATK the most (and they barely do) or get the ones with healing effects. There are six different attributes that you can improve every time you level up which may give you the illusion of customizable characters, but you’ll just end up putting most of the points that you’ll get in raising ATK and DEF as they are the stats that have the most visible impact. 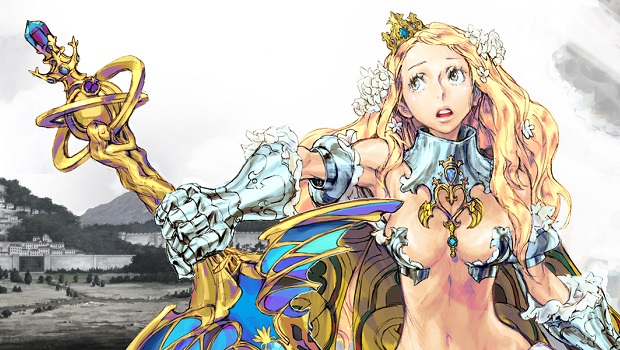 This game received a little negative attention because of it’s scantily clad heroine, but that’s as far as the game goes in terms of fan service.

But you know what? These are just minor flaws. One major flaw of Code of Princess is how the enemies were designed. Sure, you’ll get to fight a few interesting enemies like big red dragons or that monster that can petrify you, or even the final boss, but for the most part you’ll fight lackluster enemies that won’t really require any special strategies to win, so you end up mindlessly button-mashing your way to victory. It would’ve been nice if the game had enemies that were weak against a certain combo, or required the use of a certain special attack in order to get defeated. Instead, the game ups the challenge factor by raising the levels of the enemies all of a sudden, but you get over that pretty quickly by replaying previous quests and leveling up your character. 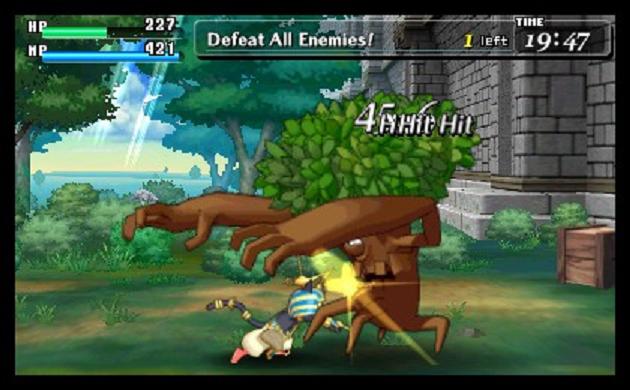 You have a lot of characters that you can choose to play as, and face different types of enemies, but you’re likely to press the same button combinations over and over.

The level up system also caused some troubles for me and my friend when we played multiplayer co-op. He has one character at around level 35 and the rest at level 1. Meanwhile, I had one character at level 62 and the rest were between level 23 and 27. So when we played co-op (over local wi-fi), we ended up playing a quest that’s too easy for one, or too hard for the other. On top of that,  the co-op quests ended much too quickly.

The game’s storyline is also very weak, which is too bad because the script was very funny and I liked the voice acting a lot. The FMVs, while nice looking, made me wonder why they had to present those scenes in video as opposed to a still image. And the story/dialogue remains the same no matter which character you choose to play as in Campaign. It would have made the game more replayable if you got to see a different point of view of the story, or maybe a different ending, but no.

The unlockables also didn’t offer much incentive for me. Sure, it’s a little neat to be able to play as one of the villagers in Versus mode, but do you really need to do that? I’d rather have the ability to play the game’s soundtrack or unlock some artwork than get a lot of different characters that I’d still need to level up in order to play as. 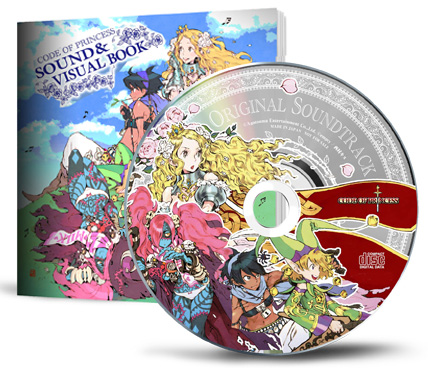 I got the Collector’s Edition at a bargain price, which came with a soundtrack CD and a small artbook.

One of the reasons why I bought this game was because it had multiplayer modes of play. Since getting this game, I’ve never seen anyone online, and out of all the people that I know who own a 3DS, only one has this game. We played a few rounds, but the level gap between us resulted in a subpar experience.

There are a lot more flaws that I can say about this game. However, I think most are stemming from what this game could have been. The production quality is stellar, from the art and graphics to the music and voice acting. Code of Princess could have been a really good game. It’s not a bad game, and it did entertain me somewhat for around 8-10 hours, but there’s very little replay value. While it still serves a place in my collection, as a quick beat ’em up game in case I just want to play something that requires little more than button-mashing, but I don’t see myself playing this extensively in the future. I wouldn’t recommend this to anyone else, because there are a lot more games available that you could be spending your money on.